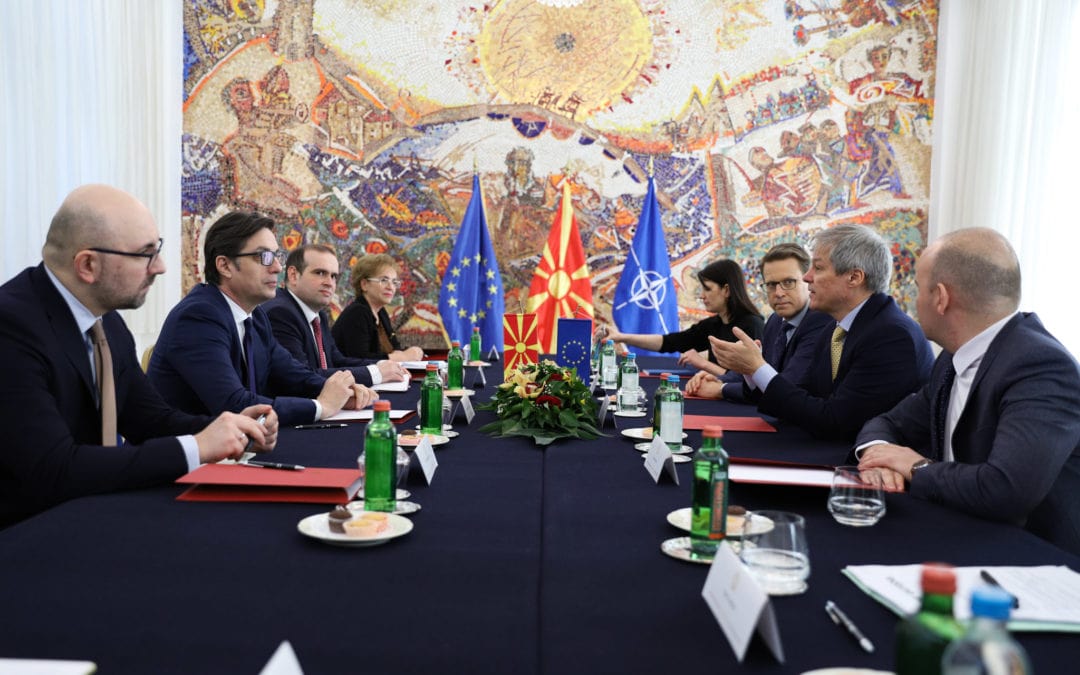 “Excellent talks with president Pendarovski in Skopje today. Renew Europe strongly supports a European perspective for North Macedonia. Citizens on both sides need to be involved and see the benefits of enlargement from an early stage even before the accession!”, tweeted Cioloş after the meeting.

During the meeting, the President and the MEPs exchanged views on the aspirations of the North Macedonia for EU membership. President Pendarovski stressed the importance of the European Parliament’s principled support for the Union’s enlargement process with the Western Balkans and keeping the region on the agenda, press release reads.

At the meeting, they also exchanged views on the current developments in the North Macedonia, ahead of the early parliamentary elections scheduled for 12 April.

Thaçi criticizes EU’s policy towards Kosovo, praises the leadership of the US