PRISTINA – “The abolishment of 100 taxes on goods imported from Serbia must be based on WTO rules and CEFTA agreements”, wrote the President of the Kosovo Chamber of Commerce Berat Rukiqi, who proposed three steps to abolish the taxes, reports N1.

The first step for Kosovo in this direction, according to Rukiqi, should be adoption of declaration, which would be sent to the countries of the Big 5 Countries, the European Union and CEFTA members, which will present [a list of] “all barriers established by Serbia which are preventing Kosovo from effectuating free movement of goods and services, including energy transit, which have been identified by business and the Government of Kosovo”.

Rukiqi assessed the second step would be reflected in adoption of a document based on the principles of trade policy and bilateral trade relations should contain articles relating to the liberal trade regime in the preamble, which would be based on WTO rules, the GATT customs and trade agreement and the obligations arising from the SAA and CEFTA agreements.

He added that the third step should abolition of 100 percent taxes, with the adoption of decisions ensuring that the implementation of the CEFTA agreement and the construction of trade relations with Serbia would be in full compliance with the document on WTO’s fundamental principles of trade policy.

Kosovo Prime Minister Albin Kurti has been advocating for establishing political, economic and trade reciprocity, which would replace the 100 taxes on goods from Serbia. Pristina introduced the taxes in November 2018, bringing the dialogue between Belgrade and Pristina to a standstill. 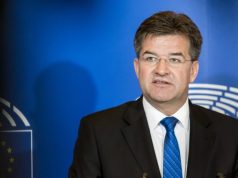 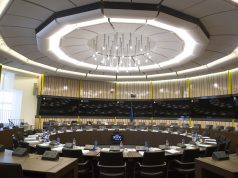 EP: Lifting tariffs is crucial for resumption of the Belgrade-Pristina dialogue

North Macedonia participates at the meeting of the North Atlantic Council for the first...