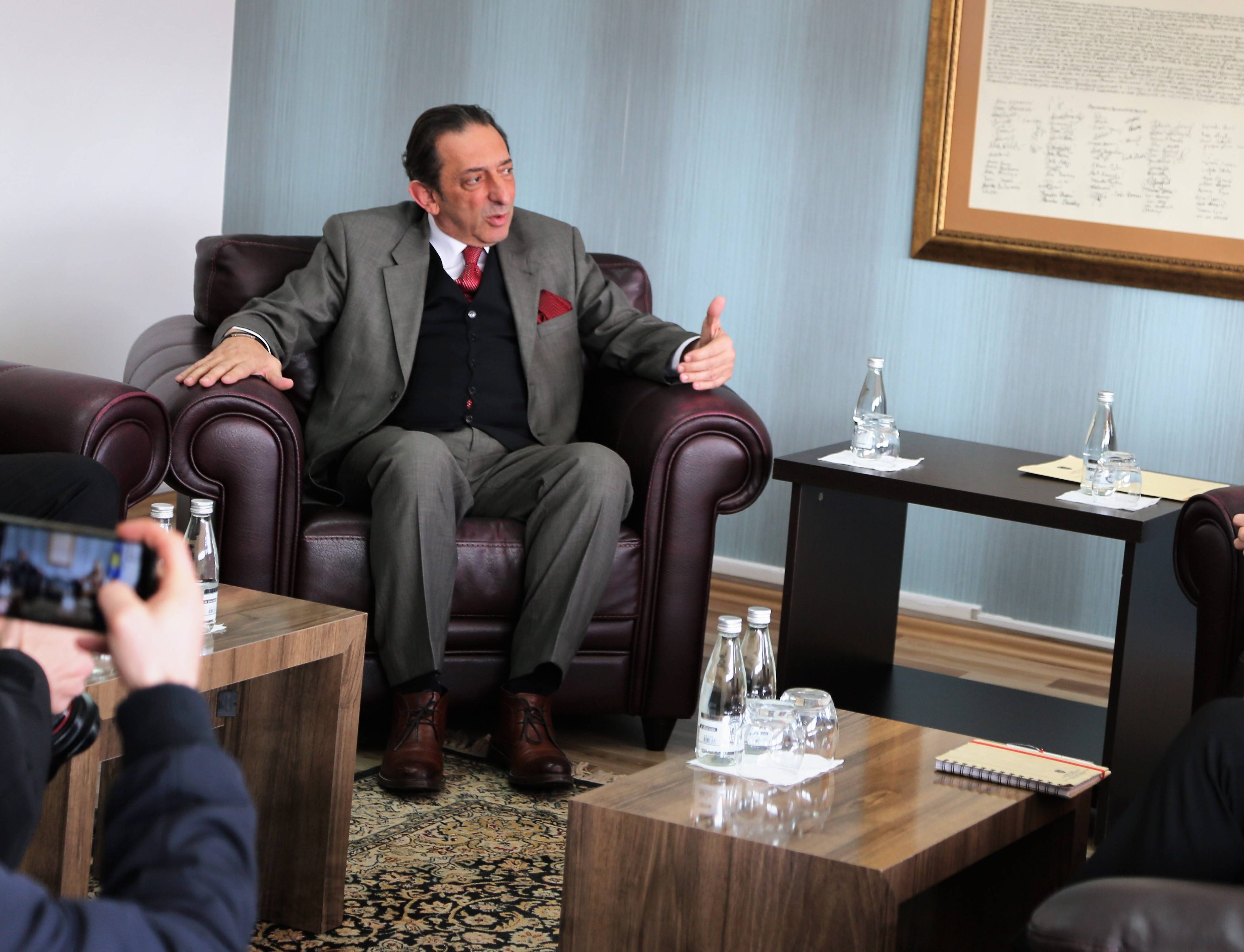 Formation of the new government of Kosovo earlier this month saw the end of the mandate of Dhurata Hoxha, Minister of European Integration. Her successor, Blerim Reka, is no stranger to politics. Last year, he won 11% of the vote in presidential election – but in North Macedonia rather than Kosovo.

Reka, an independent candidate supported by the Alliance of Albanians and BESA parties, came in third in the elections last April, after SDSM and VMRO candidates.

“There should be no ethnic obstacles, just because somebody is an Albanian. If all citizens believe that an Albanian is qualified, professional, competent, that he loves the country and can work well for it, why should they not be elected”, he said at the time.

“I am a great Euro-Atlantist. However, we must meet the conditions of EU and NATO, both technical and political. There are criteria. The issues of judiciary, public administration, fight against corruption, security services reform. It will be harder to enter the EU if we do not have tangible results”, said Reka in April 2019.

After Vetëvendosje nominated him for the position of the Minister of European Integration in the government of Albin Kurti, Reka will now have an opportunity to help Kosovo meet the same criteria.

An academic and a diplomat

Born in Skopje and receiving his BA and MLL in Law at the University of Pristina, the career of Blerim Reka has been tied to both North Macedonia and Kosovo for decades.

After receiving PhD in International Public Law at the University of Graz, he has been professor of International Law, International Relations and EU Law at South East European University, established in Tetovo, North Macedonia, on the initiative of OSCE in 2001. He is the author of 19 books on EU law and enlargement issues.

Most importantly for his current mandate, however, is the position of the Ambassador of the Republic of Macedonia to the European Union in Brussels, which he held from 2006 to 2010. He was also a Key Expert in EU Chapter 24 for the National Convention for EU Integration of the Republic of North Macedonia and Board Member of the Diplomatic Academy of Kosovo’s Ministry of Foreign Relations.

Reka also served as an advisor to the then President of the Republic of Kosovo Behgjet Pacolli for EU Integration in 2011 and was involved in constitutional and legal drafting in Macedonia and Kosovo.

According to Donika Emini, Executive Director of the CiviKos Platform, Reka’s diplomatic experience will come in handy for his new position.

“In cooperation with the Ministry of Foreign Affairs, the Ministry of EU integration shall work on multi-fronts and bilaterally to engage with skeptic EU Member States such as France and the Netherlands. However, this shall not be a big challenge for the new minister as he comes from a background which includes diplomacy of Brussels and he is capable to understand the processes, to know how to navigate bureaucratic Brussels and communicate with individual Member States”, Emini says for European Western Balkans.

According to Emini, Reka will have to establish strong positioning within the Government and “clean the house” after the previous administration. Establishing a solid and healthy inter-institutional cooperation is the key to this ministries success, she emphasises.

“This institution turned into a home base of nepotism and party based employment. The ministry failed to deliver and scandals have followed cases of young cells scheme (a scheme for Kosovo students to study abroad) co-financed by the Government of Kosovo”, Emini says of the previous government.

She reminds that the first priority remains visa liberalization as the only tangible result for the citizens of Kosovo and that the implementation of the Stabilisation and Association Agreement was almost stagnated in the past two years, which now has to be reversed.

On his first day as the Minister, Reka pledged to provide full transparency and legality of the work and maximum coordination and communication with citizens, stakeholders, civil society and the media.

He also said that with his appointment as Minister of European Integration of the Republic of Kosovo, responsibility will be maximally devoted to fulfilling the European agenda and accelerating the entire European integration process.

Sattler: It is possible for BiH to get out of the current situation without pressure from external factors