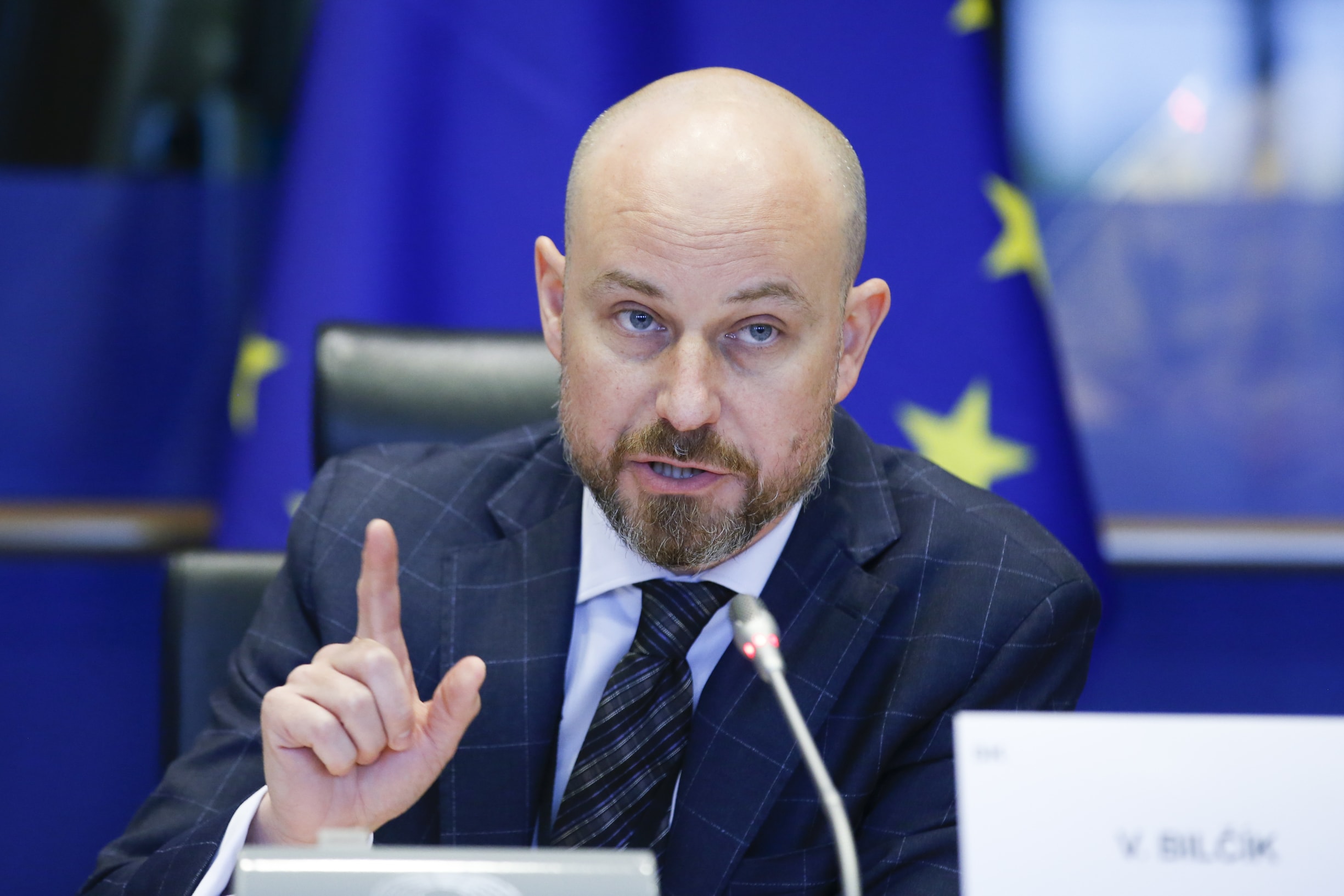 Bilčik responded to requests by the opposition in Montenegro for the European Parliament and the Brussels institutions to mediate in order to resolve the institutional and political crisis in Montenegro.

Bilčik said at a press conference after the SAPC session that dialogue was a way to find a solution and suggested that work on open issues should continue in the spirit of dialogue, adding that he also refers to the Law on Free Religion and the Legal Was of Religious Communities.

Asked if Brussels received calls from the opposition for engagement in dialogue on the Law on Freedom of Religion, Bilčik said that the EU could only be involved at the invitation of all relevant actors in the country.

“We can not come to the invitation of just one political spectrum, but we are ready to help. When you get to this cooperation, our role is mostly about the creating of the process itself, procedures and, trying to create a space for conversation. We are never here to impose any solutions, but to encourage dialogue,” Bilčik stated.

According to Vijesti, during yesterday’s meeting the opposition discussed with the EP Delegation the consequences of the adoption of the Law on Freedom of Religion and electoral conditions. The opposition is encouraged by the level of understanding of EP Delegation and their willingness to contribute to solving the crisis in Montenegro.

Responding to complaints by MEPs that boycotting elections is not the solution, the opposition explained that the electoral conditions in Montenegro are not like those in EU countries.

Leader of Democrats Aleksa Bečić said that issue of the Law on Freedom of Religion should first be resolved and a solution acceptable to all religious communities should be found, and then the electoral conditions and rule of law should be discussed.

SDP President Draginja Vuksanović Stanković said after meeting that the state was in a political crisis and that they had accepted the dialogue proposed by Prime Minister Duško Marković, although it is weird that the proposal came in an election year.

She emphasized that the Government was not working to build trust then to decommission of the trust.

„We believe that one law, such as the Law on Freedom of Religion, which some of us agree with and some do not, should not be an obstacle to sit down and try to talk about the issues that are most important to citizens,“ Stanković Vuksanović stated.

Independent MP Aleksandar Damjanović told for the Vijesti that the fact that the EP Delegation had spoken to the opposition before SAPC meeting indicates that Brussels and the European Parliament have received increased attention for the situation in Montenegro.

„I reiterated the position that the EP and the Brussels institutions should intervene more strongly and mediate between the authorities and the opposition in order to solve the problem,“ Damjanović stated.

Osmani: More resistance to name change as agreement is getting closer