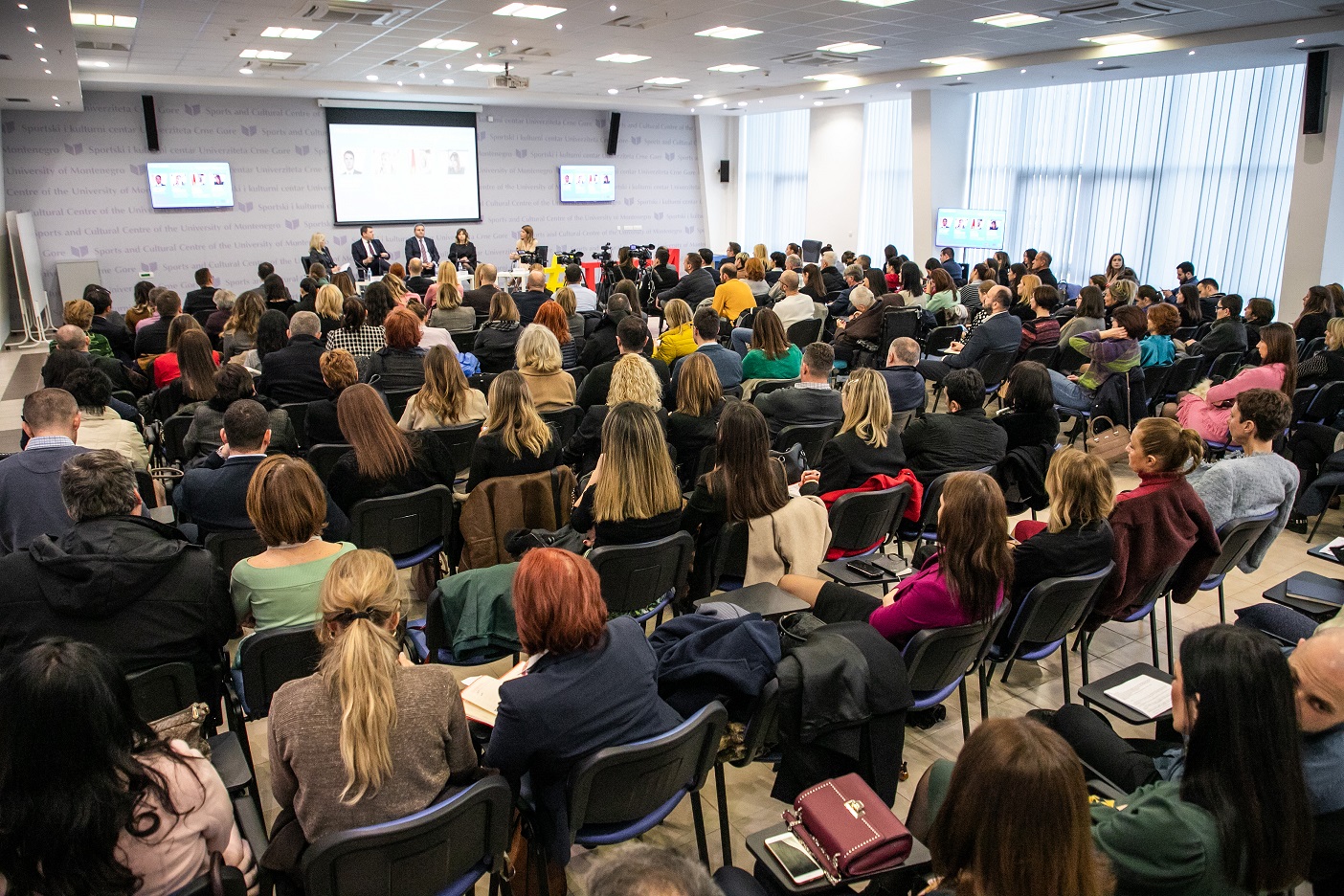 Panel discussion "New Methodology in Process of accession to the EU: advantages and disadvantages"; Photo: Government of Montenegro

PODGORICA – The new accession methodology is based on lessons learned from previous enlargements and may provide an additional incentive for countries aspiring to EU membership to intensify reforms in areas that are crucial for progress, it was assessed at today’s discussion which was organized within the EU4ME project, funded by the EU and organized by the General Secretariat of the Government of Montenegro.

Montenegrin Chief Negotiator Aleksandar Drljević said that the Government is still considering the proposed methodology, stating that it will be finally determined after consultation with the negotiating structure and EC partners.

“Enlargement policy is again on the list of priorities of the EC and the European Parliament. Therefore, I believe that the new methodology can be an additional impetus for all of us, but also a warning to intensify activities in certain areas. This is a process relevant for the whole society” Drljević pointed out.

According to Drljević, the methodology does not bring to Montenegro anything particularly epochal compared to the old one, as it merely highlights the things that have already been defined and sends a clear political message to the EU that they want a more intensive negotiation process.

Radunović: Lack of Political Will to Reform in Chapters 23 and 24

The Chairman of the Committee on European Integration of the Parliament of Montenegro, Slaven Radunović, emphasized that Montenegro would reach the goal faster if everyone was be involved in the process.

“The new methodology came about because the two main chapters did not develop at an adequate pace. I think the new methodology can help because it allows Montenegro to integrate faster into the EU system and access funds which would allow citizens to feel some benefit”, he said.

According to Radunović, the Government will, in accordance with the earlier practice of adopting recommendations, adopt a new methodology, assessing that the main problem lies in the lack of will to complete Chapters 23 and 24 and institutions to start healing.

The President of the Montenegrin Pan-European Union, Prof. Gordana Đurović pointed out that the new methodology is based on lessons learned from previous enlargements, including the experiences of Montenegro and Serbia so far, and should be seen as a way to advance the negotiations.

She explained that two-thirds of the new methodology refers to those countries that are just beginning the negotiation process, not Montenegro.

“This creates a kind of healthy competition, which is always healthy, beneficial and can be positive for any negotiating team. Our negotiating position is pretty clear, and I think on that basis we can expect new energy in the process, once enlargement policy is re-actualized.”

Uljarević: The implementation of the new methodology is in Montenegro’s interest

The Executive Director of the NGO Center for Civic Education Daliborka Uljarević said that it is Montenegro’s interest to be the first to say that it wants to apply the new methodology, but in the necessary modified form, making the integration phase it is in, especially in relation to other countries in the region.

“Montenegro is joining the EU, and when you join a club, you do not define the rules, you can accept them or not, and the dynamics of accession depends on it. The new methodology recognizes that political will is both a problem and a solution”, she said.

Uljarević agreed that the new methodology does not bring anything revolutionary, but that it introduces a greater degree of discipline and that it is difficult to oppose in principle, pointing out that the challenge is to implement substantive reforms and not in the technical part of the process.