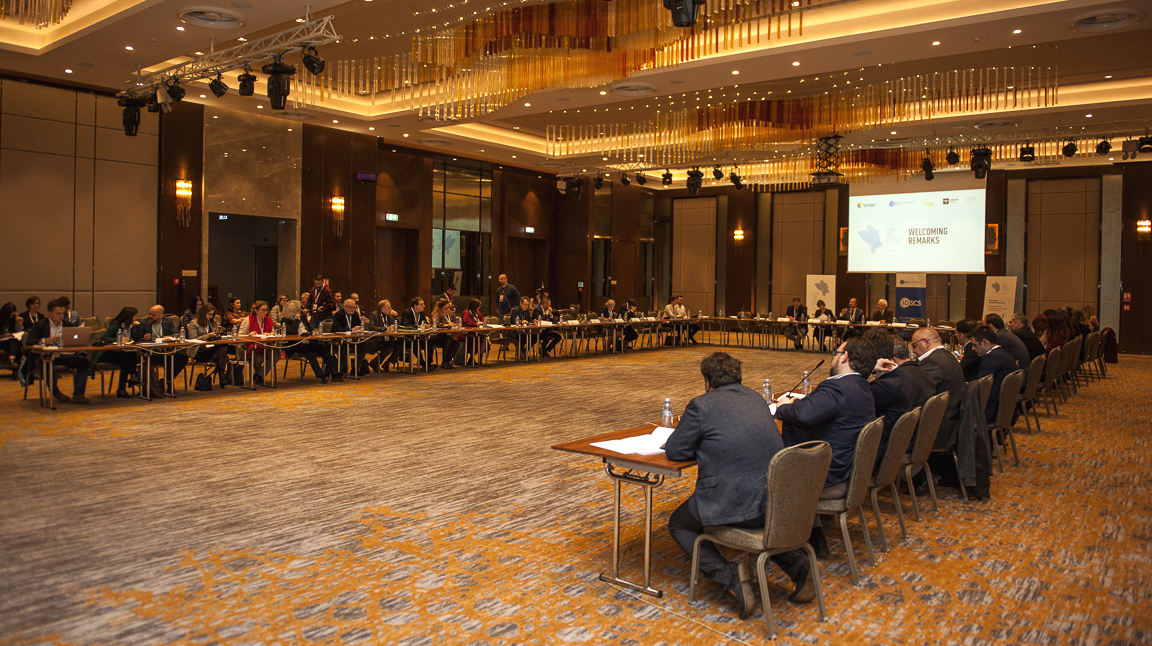 SKOPJE – Think Tank Forum “Stimulating Strategic Autonomy. Western Balkans’ Contribution to a Common European Future” kicked off yesterday in Skopje as part of the co-chairing program of North Macedonia and Bulgaria with the Berlin Process in 2020.

The event is organised by the Institute for Democracy “Societas Civilis” in cooperation with the European Council on Foreign Relations – Sofia Office.

The forum, which lasts for three days, was opened by Marko Troshanovski, President of the Institute for Democracy, who said that Western Balkan countries are an integral part of Europe and should be considered serious partners in European affairs.

“The future of the EU and the Western Balkans are inextricably linked, and therefore challenges such as environmental, migration and security issues must be tackled together through a common and unified approach. The agenda and comprehensive narrative of the Think Tank Forum 2020 recognize the Western Balkans as an equal partner at the EU table”, he stated.

Troshanovski added that, together, Europeans can work towards the goal of strategic autonomy, which is a desired future strategy for the EU’s role in the world.

“The challenges and change of global structures require a strong and unified narrative from the EU, reinforced by political will and material capacities. Only if they are united in narrative and action can the EU be sure to influence global dynamics”, Troshanovski said.

The context of the forum was provided by Stefan Lehne, Visiting Scholar of Carnegie Europe in Brussels and alumni of Europe’s Futures.

The Forum is attended by representatives of the think tank, civil society and academics from the Western Balkans and EU countries. The event lasts three days and will address various areas and challenges arising from the Berlin process.

Foreign ministers from the region, along with other state officials from EU countries involved in the Berlin process, will also participate in the dialogue on common challenges and visions for the future of the Western Balkans as part of a strong and united Europe, which will take place on Tuesday.

Von der Leyen: EC has renewed enlargement perspective during the first 100 days of the term