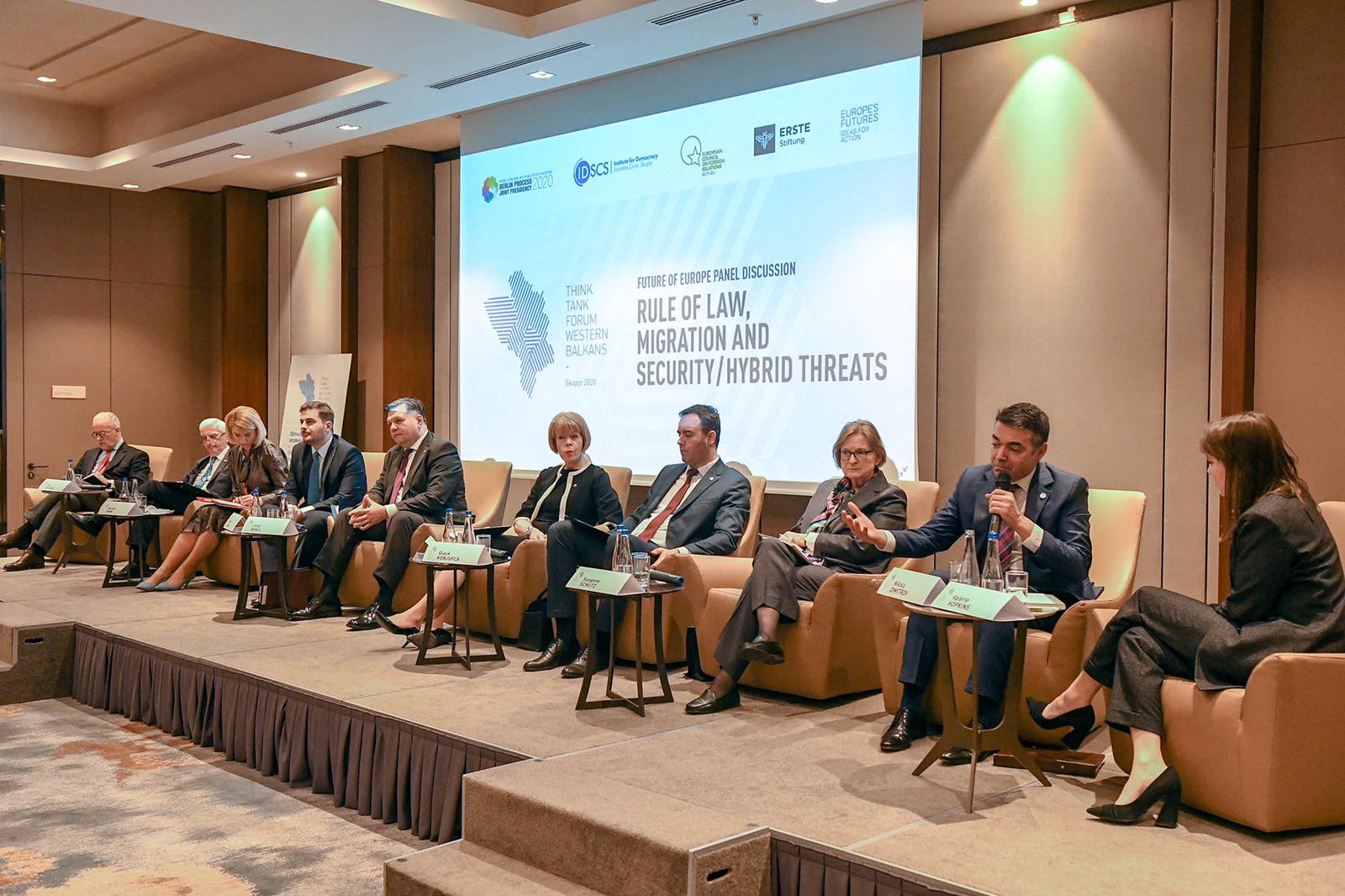 SKOPJE – If EU wants to be a political force, it should encourage leaders that they should invest political capital in resolving difficult issues, stated Minister of Foreign Affairs of North Macedonia Nikola Dimitrov at the yesterday’s panel at the Western Balkans Think Tank Forum.

“Big bilateral issues are good for bad governments. If you do not have such a issues, you can focus on rule of law, education, healthcare and other fields. Resolving bilateral issues takes someone to think about the next generation”, said Dimitrov, one of the architects of the Prespa Agreement between North Macedonia and Greece.

His newly appointed counterpart from Kosovo, Glauk Konjifca, agreed that his country and Serbia should learn from the example of North Macedonia and reminded that his government has decided to gradually drop the 100% tariffs introduced by the previous administration.

However, Konjufca added that Serbia is sending a bad message when it comes to the dialogue, with its celebration of another act of de-recognition that took place following the announcement of the abolition of tariffs.

He stressed that the dialogue with Serbia cannot come at the expense of the internal reforms in Kosovo.

According to Minister Dimitrov, North Macedonia has two key ingredients for a successful opening of accession negotiations.

“We have new methodology that addresses the concerns of countries which were not convinced in October, which improves the enlargement process. We also have two updates and progress in North Macedonia and Albania and member states are going to appreciate this”, Dimitrov said.

He added that the case of North Macedonia is extremely strong and that it is hard to say no to the country.

“If this happens, it will undermine EU credibility and influence”, he said.

Commenting on the parliamentary elections in North Macedonia due to take place on 12 April, Dimitrov said that they will entail a strategic decision about the country’s future and that the opposition wants to take North Macedonia backward.

Acting Foreign Minister of Albania Gent Cakaj also referred to the updated report of the European Commission, assessing that his country has fulfilled the criteria for the opening of accession talks.

“Continuing vetting process, establishing judicial institutions, improving track record on fight against organized crime and corruption were the conditions set out by the Council in June 2018. European Commission has confirmed that we have fulfilled all three conditions”, Cakaj said.

“We expect merit based decision from the side of the. EU, so we expect EU gives us green light for opening accession negotiation”, he concluded.

Western Balkans Think Tank Forum was organised in the context of the joint presidency of the Berlin Process of Bulgaria and North Macedonia in Skopje from 8 to 10 March.

Pisonero: There should be freedom of expression on language and nation on the census in Montenegro