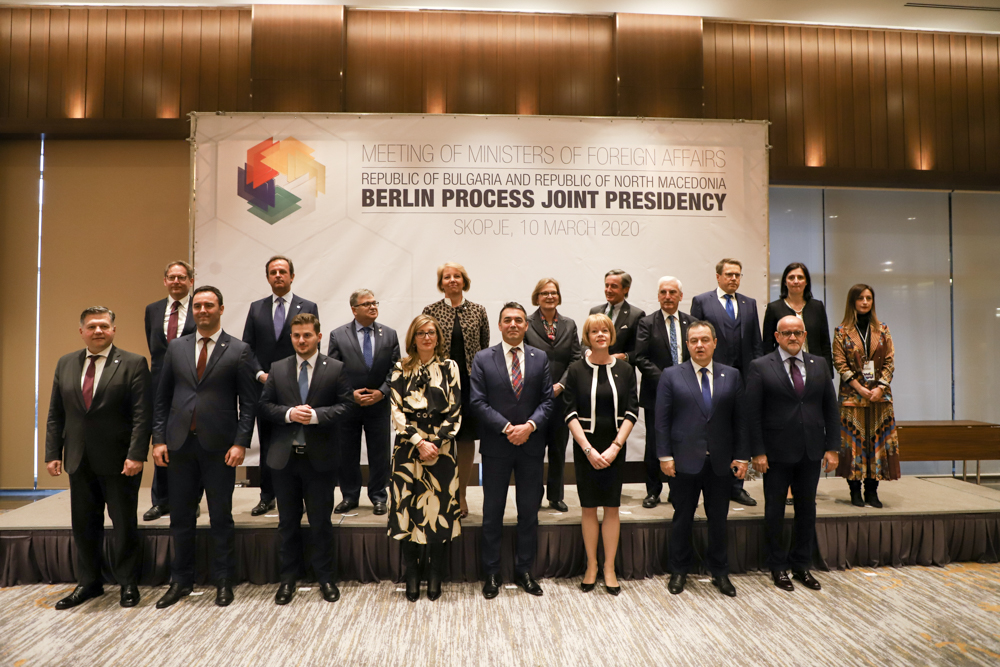 SKOPJE – Ministers of Foreign Affairs of the Western Balkans met yesterday in the context of the Berlin Process, which is presided by North Macedonia and Bulgaria.

At the meeting, which was dedicated to the European perspectives of the region in the context of the March European Council and the Summit in Zagreb in May, the Ministers of the region supported the renewed political attention of the EU to the region.

Additionally, they adopted a joint statement which reiterates the region’s pledges for commitment to democratic values, rule of law, independence of the judiciary, building of stable institutions, the fight against organized crime and corruption, stable economic governance, as a basis for political and economic stability of the region and its essential connection to the rest of the European continent.

At the same time, it demonstrated a common political vision for the process, agreeing that the Berlin Process and other relevant regional initiatives do not replace the EU enlargement process. The meeting reaffirmed the strategic interest of the countries of the region to become a full-fledged EU Member States, building a peaceful, stable and prosperous region in a strong and united Europe.

In his address, Minister Dimitrov emphasised that North Macedonia, after the historic settlement of the open dispute with Greece, has a particularly strong case.

“If the EU is to be a force with a positive influence in the region and broadly and to preserve its credibility, this must be recognized by a clear decision to start accession negotiations with North Macedonia”, he said.

In her address, Minister Zaharieva pointed out that the first joint presidency is a symbol of the regional ownership of the Berlin Process.

“We do not see it as a positive sign that an EU Member State and an EU candidate country can unite and work together in the interests of the countries of the region”, she stressed.

In the context of the Joint Presidency, a Think Tank Forum was organized by the Institute for Democracy Societas Civilis from Skopje, in cooperation with the European Council for Foreign Relations from Sofia, was held in Skopje from 8 to 10 March.

Big bilateral disputes are good only for the bad governments