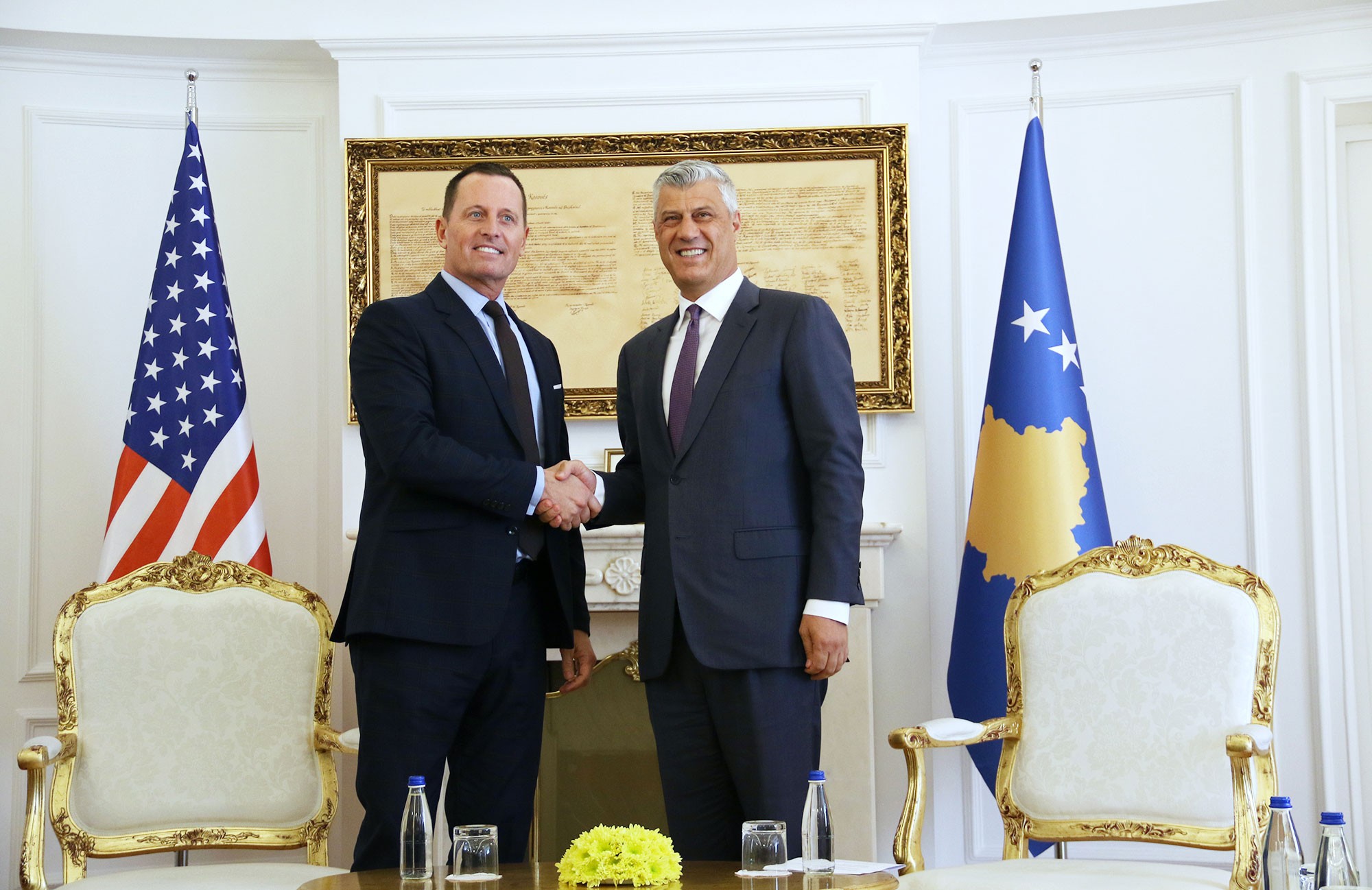 Richard Grenell and Hashim Thaci; Photo: President of the Republic of Kosovo

BRUSSELS – The claims of the President of Kosovo Hashim Thaçi that the United States has overtaken the lead in the peace process between Serbia and Kosovo has been denied by the EU, reports EUobserver.

According to the portal, an unnamed Spokesman of the European Union External Action Service said that this is not true.

While the EU welcomes American engagement, the Union is the only mediator of the dialogue between Belgrade and Pristina with international mandate and nobody apart from the EU can organise the process, the Spokesman said.

“Talks that the leaders of Serbia and Kosovo might have lead in the US are not a part of the EU mediated dialogue”, the Spokesman told EUobserver.

The portal also reports the unnamed source from NATO that the Alliance fully supports the continuation of the Belgrade-Pristina dialogue mediated by the EU.

He added that NATO remains committed to its mission in Kosovo (KFOR), where the US contributes with 650 troops.

Leaders of Kosovo and Serbia have not met since 2018 within the EU mediated dialogue. However, Presidents Thaçi and Vučić allegedly had a meeting in the White House earlier this month, and there have been claims, including those by Prime Minister of Kosovo Albin Kurti, that a secret agreement exists between the two of them.

In the meantime, United States Senators and son of President of the United States, Donald Trump Jr, have tweeted that it is time to bring the US troops from Kosovo home, a statement endorsed on Twitter by Richard Grenell, US Special Envoy for the dialogue.