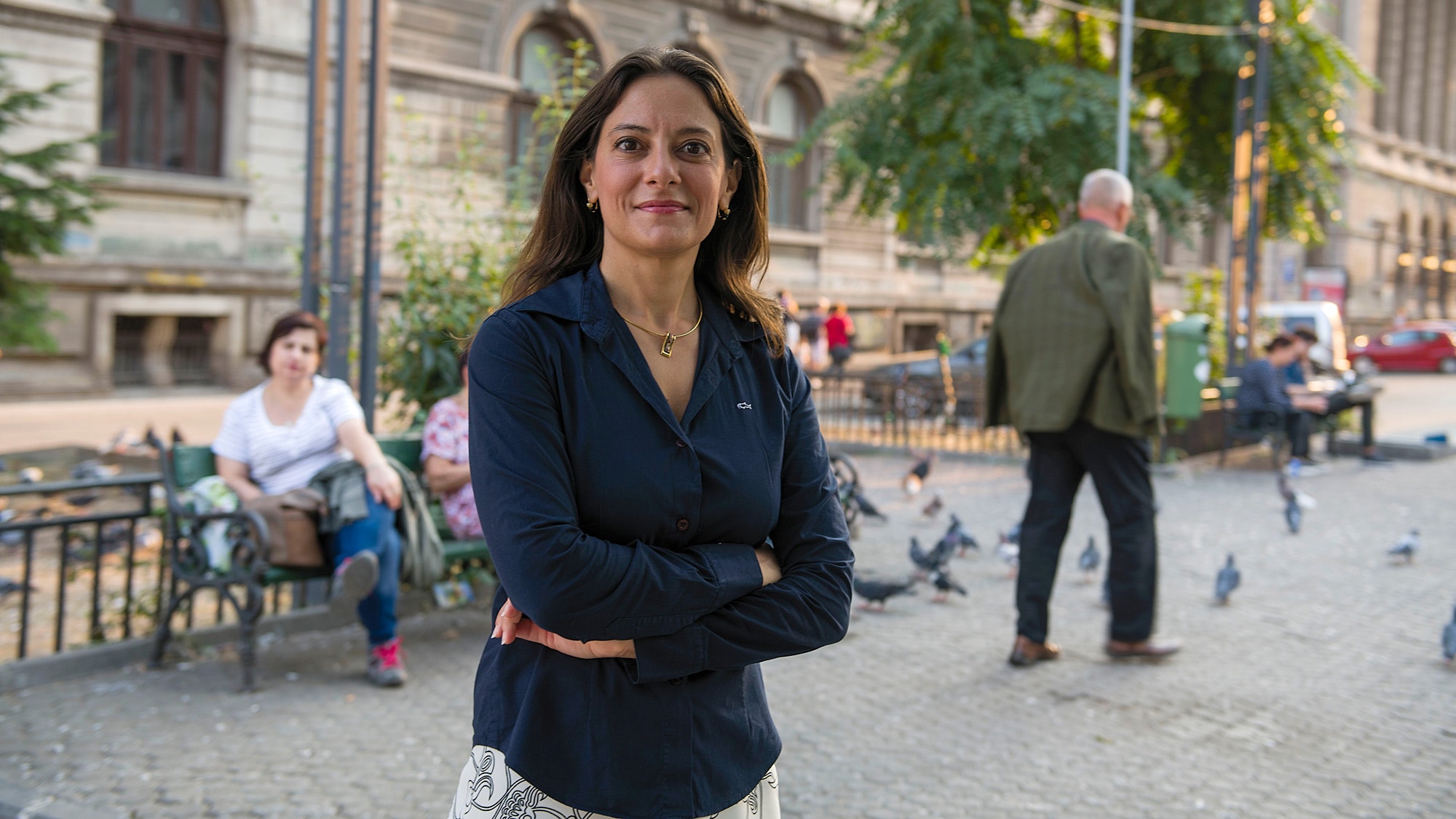 During the Western Balkans Think Tank Forum in Skopje, European Western Balkans discussed the impact of the proposed accession negotiation methodology on the reform process in the Western Balkans as well as about the political leadership for the 21st century with Oana Popescu Zamfir, Director of Global Focus, former journalist and Foreign Affairs Adviser to the Romanian Senate President.

European Western Balkans: In February this year, European Commission adopted the proposal for the new methodology on the accession negotiations. Do you think that the methodology proposal will have a positive influence on the reforms within the Western Balkans countries?

Oana Popescu Zamfir: I am very reserved about this. The methodology needed adjustments, because it has been not well-adjusted to the reality. But this adjustment had to be based on the careful review process and with solid input from all stakeholders, including the beneficiary countries. The reason I’m mistrustful is because it is primary a political proposal and not the proposal on the substance.

Otherwise, this would be result of the European Commission making recommendations based on its own review and dialogue with the beneficiary countries, which would provide insurances to all member states that this is a joint effort to make this process better.

My perception is that this has been a political game that France played in the most unfortunate way. France created negotiating reality then they have negotiated down from for purely domestic purpose. They sold the narrative to their public that they have influence over the enlargement process.

Unlike Germany that has a historical interest in creating consensus in order not to stay alone in the EU, France set itself apart, went as radical as possible to force everyone to follow, rather than being a mediator and trying to negotiate common ground.

One of the reasons why Romania did not join any proposal was that our fear has been that this is not about the methodology. We don’t see eye to eye with France, we don’t look at Russia in the same way and we also cannot share same concerns regarding the Mediterranean. While we acknowledge that France has legitimate interest when it comes to the Southern neighbourhood, we are worried that France would try to impose its point of view, rather than try to galvanize EU member states together.

EWB: The Western Balkans is stagnating or regressing in all fields that are fundamental in EU integration process such as fight against corruption, organized crime, democracy, which is especially visible on the example of front-runners Serbia and Montenegro. Who is responsible for this kind of development?

OPZ: Clearly responsibility lies in the Western Balkans countries because it is not the life mission of the EU to get these countries on board. Membership is an extended offer, which the countries are free to take or not. However, EU should acknowledge that other players are actively pushing their interest, rather than waiting and saying that these are the criteria that have to be met, but we are not going to push you. It is a question can we as the EU afford to leave the space for other actors. My view is that it is fundamental for EU to acknowledge that we have stronger interest in the Western Balkans and try to incentivize the governments and citizens to get closer to EU.

One of the main problems has been that EU enlargement process has become very politicized. The EU have engaged too much with the governments and little with the societies, because EU assumed that if we engage with the democratically governments that is going to trickle down to the societies. Basically, that is closing our eyes to declining democratic standards in these countries.

We cannot talk only to the governments because they ceased to be representatives of the entire societies in some cases. We should adjust the process in way that anti-corruption and rule of law is embraced by the people not just the governments.

The Global Focus did the research on resilience of the Western Balkans societies when it comes to the hybrid threats which shows that societies are more resilient than the governments. We have been working with the wrong people, governments are laggards not the champions of the EU integration.

EWB: You said that the enlargement process has been too political, although one of the reasons for adopting new methodology is to make the “process more political”. How to make difference between these two types of “political” and is the opinion in Serbia that the EU is a turning blind eye on the rule of law deterioration for the sake of Belgrade – Pristina dialogue progress example of politization?

OPZ: If the idea for process to be “political” means taking on board on a high political level with vision and strategy, then I am fine with that. But the process is being politized meaning captured by political interest. Conditionality is not really replaced by more political approach, it’s that political approach has taken place over everything else.

Regarding the Belgrade – Pristina dialogue, we have incentivized both sides to be as opportunistic as possible to always flag potential agreement in exchange for what they should actually fulfill and that are fundamentals.

The whole purpose of EU enlargement is not to leave WB alone to their own bickering, the whole idea was to redirect the energy of these countries towards more constructive issues that they could do together. We actually have done the opposite, and instead of incentivizing them to work together we incentivize them to focus on their bilateral issues which was not too constructive.

EWB: There has been a lot of talks in the EU that the EU should first have a period of internal consolidation and reform before accepting new members. Do you think that these two processes could run in parallel?

OPZ: I think we can focus on both. I have always failed to understand how any member state can find any solid ground to deny the opening of accession negotiation to the countries that have fulfilled the conditions, at least North Macedonia, if Albania is felt to be lagging behind.

We can handle both, meaning that we have to explain to our domestic constituencies why enlargement makes sense. It is irresponsible to play on fears, panic and cultivate atmosphere of rejections of everything outside of us.

EWB: In one of your previous interviews, you have mentioned that today we have moved to the post-ideological era, with the divide between 20th century politicians’ style and the new style of politics for the 21st century. How would you describe political style for 21st century?

OPZ: As a politician, if you want to be in touch with world you live in and you would like to shape the world, you need to understand the society. Nowadays, it is also important to bring political agenda in line with the public agenda. What makes us vulnerable to the disrupters as a societies  is that for a long time on the public agenda the top issues were poverty and inequality, corruption and rule of law understood as fair and equal access to all public goods and this things have not been in the same time on the political agenda.

Being the politician for the 21st century also means understanding the new ways of communicating with your constituencies, negotiating cross-party deals that are necessary for improving the quality of life. In Romania, on the political agenda corruption was very high just because of the pressure coming from the EU. Fight against corruption was never put in connection with inequality, so we have very efficient reduction of high-level corruption at some point, but overall it hasn’t really solved huge inequality in our society.

Another problem is that the young people are marginalized in the political sphere. You still have to be privileged enough to have good access to education which then translates to more opportunity which means easier access to the higher level of power. From the other hand, if you are young, smart and ambitious and not part of those circles of power and not willing to compromise your values, it is generally much harder to have access to political power.

EWB: Is there any politician in the Western Balkans you would point out as the politician for the 21st century?

OPZ: In terms of individual potential, Minister of Foreign Affairs of North Macedonia – Nikola Dimitrov. But also, several politicians in WB have a lot of potential, as I don’t think that people in the Balkans are less talented that in other parts of Europe, but the circumstances do not allow them to use their potential fully.