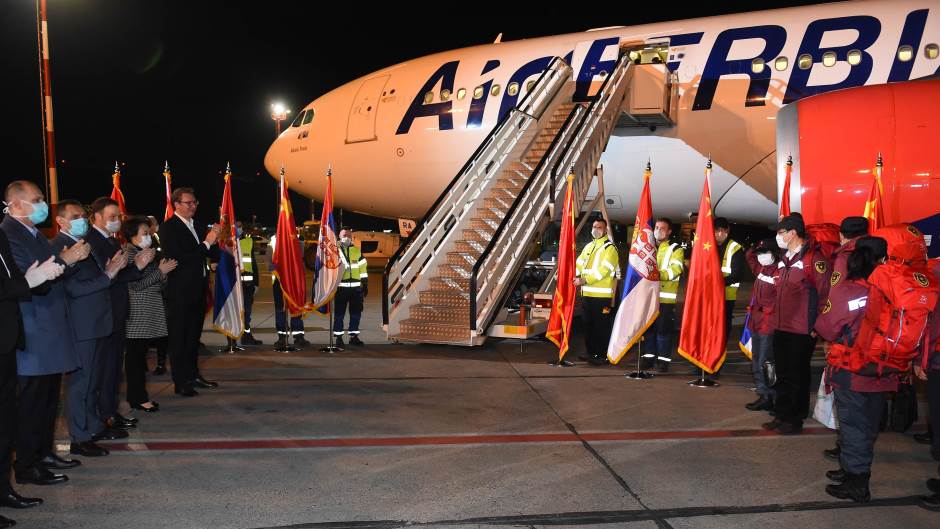 WESTERN BALKANS – As of Friday, more than 24,000 people around the world have died from COVID-19, while more than 530,000 infections have been confirmed in at least 170 countries and territories. More than 122,000 people have recovered from the coronavirus.

According to data available so far, the Western Balkans countries, together with Croatia, reported a total of 1501 confirmed cases of COVID-19 virus infection and 19 deaths. Governments are taking sharper measures. Montenegro has isolated three municipalities under total quarantine, while the citizens of Albania are allowed to leave their homes only after the periods of 40 hours at home. Meanwhile, Serbian government is considering putting the most affected cities, including the capital of Belgrade, under even stricter rules. Police have continued to arrest citizens who violate government measures for preventing the spread of COVID-19.

Government of Kosovo falls amidst the virus outbreak

Wednesday night saw the motion of no confidence successfully passed against the Government of Albin Kurti, leaving the country in an unpredictable situation as the virus spreads. One of the direct triggers for the vote was the dispute over government’s handling of the situation, but most observers agree that the underlying motives had little to do with the public health situation. Kurti has carried on as the technical Prime Minister.

Earlier in the week, President Hashim Thaçi challenged the government’s recently introduced coronavirus measures and calling for restrictions on movements to be overturned, because, according to him, the Government cannot enact them while the state of emergency is not declared.

President Thaçi said on Tuesday morning that he has asked Kosovo’s Constitutional Court to rule against new measures restricting people’s freedom of movement as part of attempts to tackle the coronavirus outbreak.

He also said he has asked Kurti to suspend the new measures until the Constitutional Court makes its ruling.

China’s challenge to the EU in the Western Balkans?

Although the COVID-19 pandemic began in China, this country was seen as one of the few potential sources of assistance to vulnerable countries due to the fact that it was the first to put the infection under control.

Serbian President Aleksandar Vučić and the Ambassador of the People’s Republic of China to Serbia, Chen Bo, welcomed the airplane which carried experts and medical assistance from China. According to Serbian President, it was by far the largest shipment of medical aid to Serbia in the fight against coronavirus.

While introducing the state of emergency a week earlier, Vučić said that China is “the only one who can help Serbia”.

The Government of Serbia also adapted vacant city fairs and student dorms as temporary hospitals for people with milder symptoms of the disease, a it said was taken according to the advice of the Chinese experts.

EU Ambassadors to Montenegro, North Macedonia and Albania have also announced immediate and long-term financial assistance of the European Union to these countries to mitigate the consequences of COVID-19.

His colleague from North Macedonia, Samuel Žbogar, announced up to 4 million Euros for immediate needs and up to 50 million for socioeconomic recovery.

Žbogar also added that 9 million Euros will be allocated to the private sector and another 3 million for direct budget support.

EU Ambassador to BiH Johann Sattler announced up to 7 million euros worth of medical equipment and mid-term adjustment and enforcement of EU support in the amount of up to 50 million euros for the economic development programmes.

Are the citizens entitled to the protection of personal data at the time of the COVID-19?

As a measure against further spread of coronavirus, the authorities in Montenegro have published lists of individuals who are in mandatory self-isolation after returning home from abroad on a government website. The lists, drafted by the municipalities, include the individual’s name, surname, date from which the person is in isolation, and their home address.

The government may probably rely on a specific statutory basis for this form of data processing. However, the proportionality of the measure as it was enacted is questionable. In the attempt to justify the measure, the prime minister of Montenegro stated on 22 March 2020 that that “this is not the time for legal nuances but for saving human lives”.

Rights groups in Montenegro are warning of a threat to data privacy rights, free speech and media freedoms in Montenegro under cover of the government’s fight against the COVID-19 pandemic.

Activists fear the government will exploit the COVID-19 pandemic to clamp down further. The government says its overriding priority is to protect the lives and health of Montenegrin citizens.

By the Decision of 24 March 2020, Personal Data Protection Agency (DPA) in Bosnia and Herzegovina banned state-level and local authorities in the country from releasing the data of individuals who test positive for coronavirus. The Agency also prohibited making publicly available the data on isolated and self-isolated persons who adhere to the imposed measures. Information on those who breach isolation measures may be lawfully published.