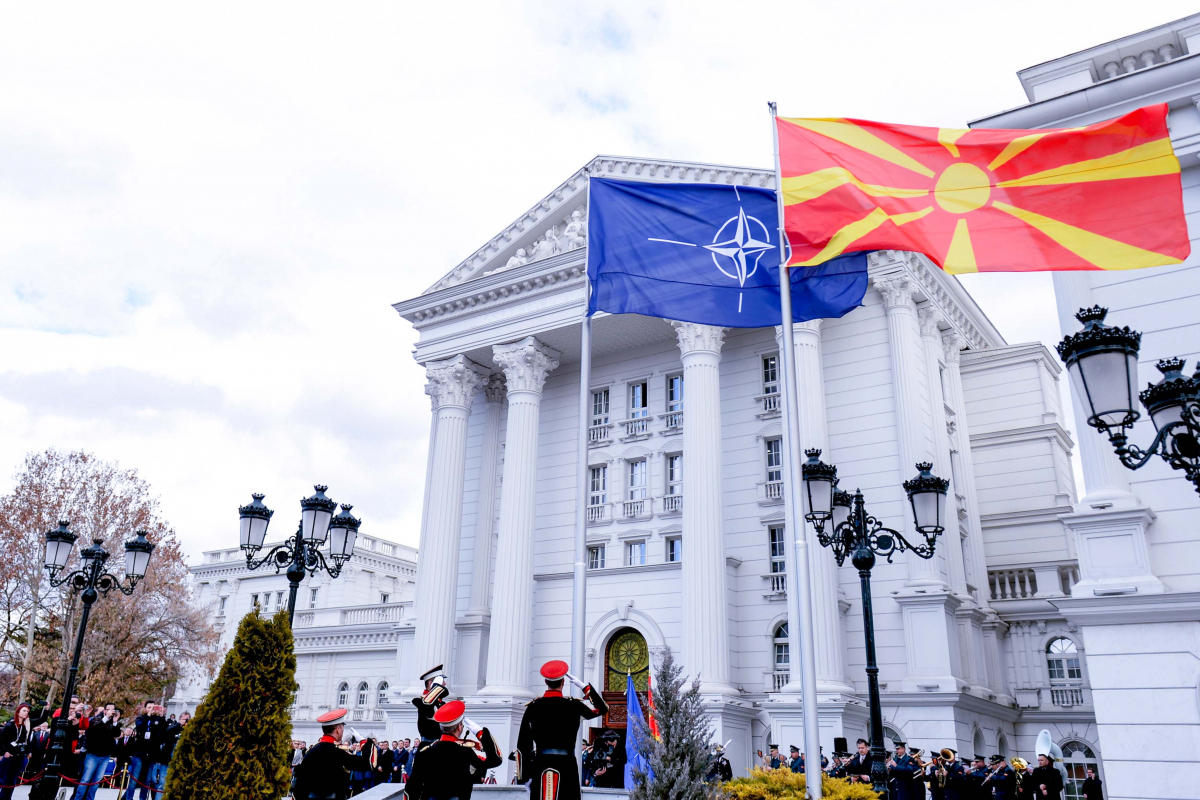 SKOPJE / WASHINGTON – Today, North Macedonia officially became 30th NATO member, after the instrument of ratification of the North Atlantic Treaty Organization have been deposited through the US Embassy in Skopje into the State Department.

“Just a few moments ago, we became a full member of NATO, which we started back in 1993. The 27-year old path ended a few seconds ago”, stated Nikola Dimitrov, Foreign Minister of North Macedonia, after a video meeting with Ambassador Philip T. Reeker, Acting Assistant Secretary of State in the Bureau of European and Eurasian Affairs.

Dimitrov congratulated all the citizens of North Macedonia on their success, as well as the visionaries, diplomats and soldiers involved in achieving “this strategically important national goal”.

“We are becoming a member of NATO at a time when the world is facing COVID-19, which may be the biggest threat since World War II, and that is why we have such a modest ceremony, but it does not diminish the significance of this historic moment”, emphasized Dimitrov.

He said the flag-raising ceremony will be held on Monday, 30 March at NATO Headquarters in Brussels, as well as in Norfolk, Virginia.

“On April 1, I will have the honor of being the first representative, the first minister of North Macedonia, to attend a NATO ministerial meeting through a video conference”, announced Dimitrov.

US Ambassador Kate Marie Byrnes, who received the instrument on behalf of the State Department congratulated North Macedonia for becoming the new member of the Alliance.

“I am extremely proud on behalf of the United States of America to welcome you as the 30th member of NATO. This has been a momentous week at the history of North Macedonia because you are not only become the official member of NATO, but you are about to open the accession talks with the European Union”, said Byrnes.

Byrnes said that the US is proud of the support that they have given to North Macedonia and its government’s efforts, its determination and as well as the vision.

“We look forward to being the partner in the next stages and we will continue to stay right beside you as you enter in this next Chapter in the next history”, concluded Byrnes.

Speaking today in Brussels, NATO Secretary General Jens Stoltenberg said that “North Macedonia is now part of the NATO family, a family of thirty nations and almost one billion people”.

“A family based on the certainty that, no matter what challenges we face, we are all stronger and safer together“, concluded Stoltenberg

A flag-raising ceremony for North Macedonia will take place at NATO Headquarters on 30 March 2020, in the presence of the NATO Secretary General Jens Stoltenberg, the Chairman of the NATO Military Committee Air Chief Marshal Sir Stuart Peach, and the Chargé d’Affaires of the Delegation of North Macedonia to NATO Mr Zoran Todorov.

Sabbeta: Security in Kosovo has improved significantly over the last 15 years