In Kosovo’s post-war society exists a general understanding that the victims of serious human rights violations have not been provided sufficient support. One of the mechanisms of transitional justice that is the most victims oriented is reparations. They represent measures taken by states to redress the harms suffered by victims as a result of gross violations of international human rights law and/or serious violations of international humanitarian law.

However, in the case of Kosovo, criminal prosecution was perceived as the most forceful instrument in the transitional justice process. This instrument was primarily applied by multiple international missions – the International Criminal Tribunal for the former Yugoslavia (ICTY), panels of the United Nations Interim Administration Mission in Kosovo (UNMIK) and the Rule of Law Mission led by European Union in Kosovo (EULEX), as well as local courts.

Still, all of these institutions focused only on criminal prosecutions and failed to promote other transitional justice mechanisms, primarily reparations, that more directly satisfy the needs of victims and society at large. This is why, for years, victims of war crimes in Kosovo  are seeking their right to reparations for conflict-related harm to be recognized as it is defined under international law.

Establishment of the Specialist Chambers of Kosovo and Special Prosecution Office

The trial and error history of the previously mentioned missions to ensure the prosecution of war crimes in Kosovo has in fact prompted the international community to envisage new “hybrid” instruments that combine international and local elements (the Kosovo Specalist Chambers – CS and the Special Prosecution Office – SPO) in order to bring the perpetrators of war crimes to justice.

The establishment of the CS comes soon after the EU’s Task Force published the findings of the allegations made by Council of Europe rapporteur Dick Marty, in 2011. As a consequence of the doubts and allegations raised by Dick Marty in his Report, on August 3, 2015, the Assembly of Kosovo adopted the Law No.05/L-053 on Specialist Chambers and Specialist Prosecutor’s Office (the Law).

The Law, among other, provides that the personal interests and rights of victims in criminal proceedings are notification, acknowledgement, and reparation (Article 22 paragraph 3 of the Law).

The hybrid nature of the Special court

As the CS represents the legal “fusion” of various elements from the courts that have operated in the last two decades in Kosovo, the existing structures of the Kosovar judicial power could not be used. That is why it was required to establish a new structure.

All of this has took valuable time and resulted that three years after its establishment, by the end of 2018, the SC finally initiated its first legal invitations, the first interviews with ‘witnesses’ took place in January 2019 and the first indictments against Kosovo officials was filled in 2020.

The nature of this institution, as a hybrid court, gives hope that it can provide a useful role in strengthening the legitimacy and efficiency of war crimes trials. For this, it creates high expectations of justice, for those victims who have been ignored by previous courts and that were not able to receive compensations, both in the international and in Serbian community in Kosovo.

This is further supported by the fact that the CS is the first court in Kosovo that has a separate victims’ unit that is trying to secure victims participation, and reparations are envisaged as part of the proceedings.

Victims participation and reparations in the CS’s proceedings

That the CS has taken a victim oriented approach is evident by allowing a person who believes that they have suffered harm to apply and to be admitted as a participating victim. This is why the chambers have a great opportunity to contribute to victims’ recognition in the international landscape.

Once the trials start and by granting victims to participate in proceedings, the CS is allowing them to be empowered agents, able to make a claim in justice processes; and not, as is it was the case with previous institutions operating in Kosovo, that their participation is a piecemeal and that they are seen as passive observers.

In order to participate as a victim in the CS proceedings some requirements have to be fulfilled. Namely, a natural person, who believes to have personally suffered physical, material or mental harm, as a direct result of a crime alleged in an indictment confirmed by a Pre-Trial Judge, may apply to the CS to be admitted as a participating victim.

Victims have to apply for their status by filling an application that will be assessed by the Victims’ Participation Office (VPO). They may only apply to participate when an indictment confirmed by a Pre-Trial Judge is made public. Applications must be submitted to the VPO sufficiently in advance of the opening of the trial. Accordingly, upon admission, victims may participate in proceedings in accordance with the procedures set out in the Rules of Procedure and Evidence.

Also, the Law, provides the possibility of ordering convicted persons to make reparations and restitution to the victims. This includes powers to have convicted individuals forfeit property and assets used for, or deriving from, the commission of the crime (Article 44 paragraph 6 of the Law).

The COVID-19 outbreak and the CS’s operations

What is encouraging for the victims in this difficult time of COVID-19 pandemic taking over the world is the statement of the SPO’s spokesman Christopher Bennett who has denied claims that The Hague CS is shutting down due to a corona virus pandemic. According to his statement, all safeguard measures had been taken so that the functioning of the Court could continue effectively during this difficult time.

However, it is noticeable that COVID-19 outbreak has decreased the number of summoning sent to the addresses of witnesses and defendants who should be brought before this court, which was not the case before the appearance of the corona virus in Europe.

The case of Kosovo shows that transitional justice is very slow faced with many problems and disappointments, especially from the victims’ side. In its effort to legally and structurally modify previous attempts at justice, the CS has raised many expectations linked to the end of the widespread sense of impunity and to provide compensation to the victims. Being caught between divergent ethnic agenda it is necessary that the CS provides satisfactory performance.

The article is part of a wider research project supported by the Kosovo Foundation for Open Society as part of the project “Building knowledge about Kosovo (3.0)”, the findings of which will be published soon.

Wakeup call for the Western Balkans 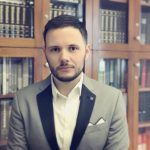 Legal Analyst at the Humanitarian Law Center (HLC) from Belgrade. Conducting research on Kosovo Specialist Chambers as part of the project “Building knowledge about Kosovo (3.0)” supported by the Kosovo Foundation for Open Society.