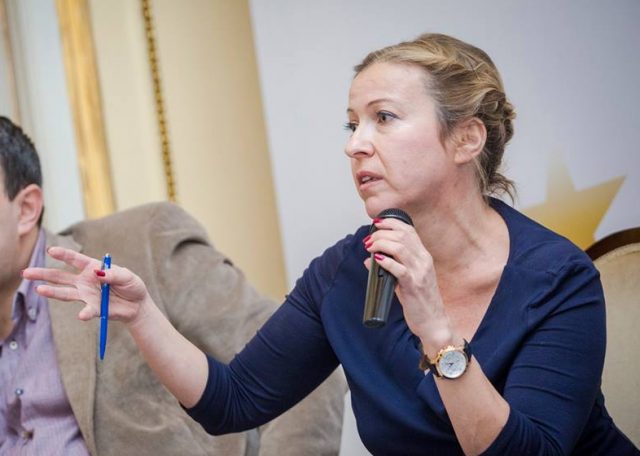 KOSOVSKA MITROVICA – A group of civil society organizations strongly condemned the detainment of Tatjana Lazarević, editor of the north Kosovo-based KoSSev portal, for allegedly violating the curfew on Saturday, 11 April.

“Freedom of the media is one of the achievements of modern civilization, and its importance is especially evident today, when it is necessary to obtain accurate and timely information during the global crisis caused by the COVID-19 pandemic. Therefore, we consider it unacceptable that public institutions, including the Kosovo Police, influence the prevention of journalists from carrying out their activities in the reporting of a pandemic”, the organizations, including the Institute for Territorial Economic Development, said in a statement.

On Saturday citing the Kosovo government’s decision to restrict the movement after noon, which was not applicable to journalists and despite showing two press cards, Lazarević was taken to the police station where she was interrogated and subsequently released.

KoSSev suspects that the incident is another of the pressures this portal is suffering. The north of Kosovo is governed by Belgrade-backed Srpska lista, affairs of which have been reported by KoSSev for years.

The request for an urgent explanation of the event was joined by the Western Balkans Regional Platform for Media Freedom Advocacy and Journalist Security, comprised of media organizations from Kosovo, Serbia, Croatia, BiH, Montenegro and North Macedonia.

The regional platform called on Kosovo institutions to ensure the right of journalists to work during the pandemic, including access to all relevant press conferences.

“At the same time, we call on media professionals in Kosovo to continue their activities and follow the measures introduced regarding health protection and freedom of movement. Journalists, cameramen, photo reporters and other media workers must protect themselves in accordance with the instructions and carry press cards with them”, the statement reads.

Harlem Désir, the OSCE Representative on Freedom of the Media from the Vienna office, also expressed concern.

Désir recalled another incident, when the head of the Crisis Staff of North Mitrovica, Aleksandar Spirić, criticised KoSSev at a press conference on 9 April for live coverage.

“I am concerned about the detainment of Tatjana Lazarević and the way local authorities in North Mitrovica relate to the KoSSev portal. Journalists play a key role during this health crisis by providing vital information to the public. Access to information and a free working environment are therefore crucial and must be constantly provided”, Désir said.

BiH reaches an agreement on € 330 million loan in a meeting with IMF, US and EU