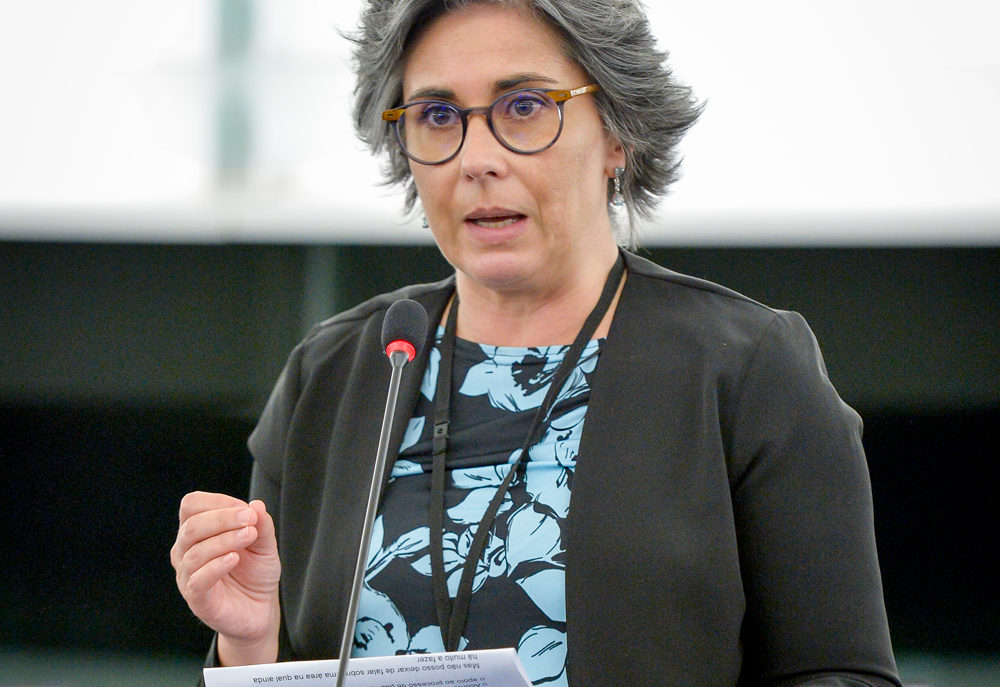 After three postponements and amidst a global pandemic, the EU decided to open accession talks with Albania and North Macedonia in March 2020. However, a series of conditions have been set for Albania to fulfil prior to its first intergovernmental conference. In addition, the new enlargement methodology will be implemented in the accession process of Albania and North Macedonia. Those were the topics we have discussed with Standing rapporteur of the European Parliament for Albania, Isabel Santos (S&D).

European Western Balkans: Albania has recently opened the accession negotiations with the EU, thus reaching a milestone in its European integration efforts. However, the Council of the EU adopted a series of conditions Albania needs to fulfil prior to its first intergovernmental conference with the EU Member States. How do you assess the efforts of the authorities in fulfilling the conditions so far?

Isabel Santos: Since the decision to open the accession negotiations, Albania and the rest of Europe have been dealing with the urgency of the global pandemic related to the COVID-19 virus. On top of that, the country was already recovering from the terrible earthquake of last November. Nevertheless I believe that this decision was received in a very positive way by the authorities and that it also helped to give an extra motivation to keep up with the reforms that have been ongoing in Albania.

EWB: The conditions are related to electoral and judicial reforms, fight against corruption and organized crime, as well as other issues such as media laws and protection of national minorities. In your opinion, what will be the hardest condition to fulfil?

IS: I know from the conversations with civil society, the political parties and the government, that there has been an effort by all the actors in Albania to fulfil the conditions related to the accession process. At this time it is important to have an integrated approach to all the work that needs to be done. Several of the conditions are related and cannot be taken as a separate item from each other. I understand that some conditions might be harder to achieve than others, but I believe that there is a will to work on everything and to reach them all.

The postponement, or slowing of pace, on some reforms during this period of the pandemic is to be expected but the decisions by the Parliament, last 16th of April, of continuing with the reforms, shows the will to keep up with the efforts. As I have been saying to everyone involved, it is important to understand that these reforms and the conditions of the accession process, are not only needed to continue the road to enter the EU, but more importantly, they are fundamental to improve people’s lives.

EWB: When do you think it is realistic to expect the fulfilment of all conditions and the first intergovernmental conference?

IS: Unfortunately and due to the current state of emergency I cannot give a concrete answer regarding timings or dates. Although I know that both parties are continuing their cooperation and work to meet those conditions, the fight against the global pandemic is now on the forefront of everyone’s mind.

The EU continues to be active on the field, helping with the reconstruction efforts after the earthquake – the first €15 million are already helping with school reconstructions – also, as we can see by the latest news of donations of testing kits and the activation of the macro financial assistance, that will allocate €180 million to Albania. This cooperation of the European Union with the authorities and other partners will help the country to move forward during these trying times.

EWB: Would you say that the flaws of accession process of Serbia and Montenegro will be avoided through new methodology in the case of Albania and North Macedonia?

IS: I believe this new methodology can be a positive aspect in the accession process of Albania and North Macedonia but we will have to see its implementation to evaluate it. What I understand is that it introduces more clarity and predictability and that is a positive thing that can avoid some of the previous problems. This is not a comment on the Serbia and Montenegro situations that need to be seen separately.

EWB: Do you believe that the decision to open negotiations this March, after three postponements and amidst a global pandemic, is evidence that there is now definitely political will for enlargement among member states?

IS: I believe that this decision was completely deserved. All the efforts made by Albania and North Macedonia needed to have a positive response by the member states. I also believed that last year, and was very disappointed with the postponement of last October. I know that there are still many things to be done, and lots of steps to be completed, but this is without a doubt a sign that EU member states recognize all that has been achieved, and look positively for the next phase of this process.

IS: I am following the situation in Albania, trying to keep track of what has been done and, as best as I can, following the news and the reports about the country. I had a visit planned for the month of April that due to the travel restrictions will not be able to be made. It is a very difficult time for everyone and I am very aware that some measures are harder to cope with and to implement than others.

It is important that we all cooperate to help in the fight against this virus in a proportionate way. The restrictive measures that have been put in place throughout Europe can be viewed as a restriction to democracies and civil liberties but as you have said in your question, the most important factor is proportionality.

In Albania the restrictive measures and the ones still in place are in line with the ones imposed in several countries, including mine. I know that in the penal code there was no provision for the crime of spreading disease and that there was a need to make an amendment to that legal instrument. I also know that despite the disproportion of the first proposal, with the contribution of all stakeholders, a solution has been reached in line with what is in place in other countries. In my country, the application of a fine or imprisonment of up to three years is foreseen.

I also know that some measures were put in place to facilitate people’s lives during this period, like the doubling of social assistance payments or the waiving of electrical bills penalties. That additional funds have been relocated from defense to humanitarian aid is also something that I found to be positive.

The Albanian authorities acted in a timely manner and thanks to the use of containment measures and the extraordinary discipline of the Albanian people, they managed to prevent an exponential evolution of the COVID-19 outbreak. I am convinced that, as in other countries, these measures will be assessed step-by-step taking into account the evolution of numbers and scientific advice. I hope everything will soon return to normal and we can all get back to our daily routines. But this requires a lot of caution because there is still no vaccine and we cannot open the door to a new outbreak.

As for my report, everything that I believe to be of importance will be a part of it.

FES: Pandemic causes further centralisation of power and political polarisation in the WB