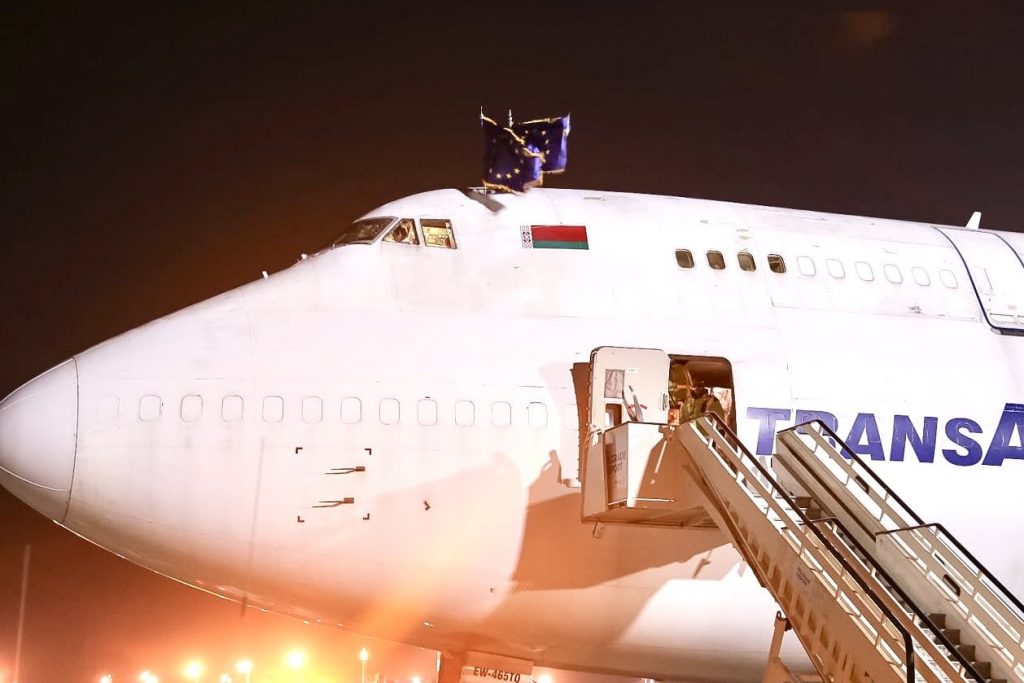 The world is facing an unprecedented crisis due to the coronavirus (COVID–19) outbreak with the political and economic consequences yet to be observed in the time to come.

The basic principles of liberal democracy, rule of law and system of checks and balances have been challenged, as more power is being accumulated in the executive branch of government, leaving space for power abuse unless it is followed by effective control by the parliaments, independent control bodies, media and the general public.

As every crisis needs more human and material resources than those available in normal circumstances, there is a great need for both international and domestic donations in order to strengthen capacities of health care systems and to support the most vulnerable citizens.

However, if management of these donations is not transparent, meaning that the public doesn’t have access to information on who is donating what and how much or where the donations are distributed and why, this could lead to allocation of funds and supplies into the wrong hands, thus jeopardizing the fight against pandemic and harming the lives of many people.

Most Western Balkan governments have been relying on the donations provided by international organizations, foreign governments and their own citizens and companies. The level of transparency of donations varies across the region, decreasing their efficiency, hampering monitoring efforts and creating mistrust between Government, citizens and the donor community.

Non-transparent donation process – inefficient and unfair to the donor

Program Director of Transparency Serbia Nemanja Nenadić confirmed for EWB that non-transparency in receiving and distributing donations carries the risk of misuse and that there are consequences of non-transparency even when there is no misuse.

“If the Government does not announce exactly what its needs are and what donations have already been received, like in the case of Serbia, a donor might invest considerable effort and resources to donate equipment that is not at all a priority at that moment”, Nenadić explained.

He said that in the absence of verifiable and complete information on donations received, we can easily wrongly conclude „who gave more“, thus highlighting some donors and ignoring others, rather than giving everyone a proper appreciation for the noble act.

“In the aftermath of natural disasters, there has been a doubt in the past about the fairness of donation distribution, but now as the main recipient will be the public health sector, it is likely that this will be much less present”, said Nenadić.

He concluded that publishing data on donations is essential to see not only if there is abuse or misconduct during the pandemic, but also in the period before the pandemic occurred.

“For example, if we have acquired the medical equipment from donations, the question might be why the equipment was not purchased to a greater extent earlier (like protective masks) and whether the equipment was “in stock” only on paper, but disappeared in reality”, he explained.

Monitoring is not possible without a transparent system of donation

Most of the Western Balkan governments have opened the accounts for acquiring COVID-19 donations.

This is the case in Bosnia and Herzegovina, where the state Ministry of Finance and Treasure opened a bank account and issued the instruction for payment related to COVID-19 aid. This Ministry has so far published a report on the donations received from 6th to 27th of April, with information about the donor and the funds donated available to the public.

The Government of entity of Republika Srpska opened the Solidarity Fund bank accounts for recovery from COVID-19 consequences. The Government published the list of donors, which so far largely consists of names of public enterprises and institutions, without donated amounts or how these funds were spent. It is noteworthy to mention that the Government publishes the conclusions on the acceptance of donations of goods from companies and foreign governments, as well as its redistribution to public institutions.

The lack of available information on donations that the Government of Serbia is receiving has been the reason why Transparency Serbia submitted the initiative to the Ministry of Finance, demanding publishing of data on donations that public institutions have received from other countries, international organizations, companies and other legal and natural persons.

Also, the lack of transparency hinders efforts that could be taken by the civil society.

“Since there is no complete information on donations published, but only news on individual donation delivery, it is not possible to draw any conclusions whether there was any abuse, nor have we received any complaint in this regard”, Nenadić said.

He explained that most doubts so far have been raised by strange claims by government officials that something represents a “donation of the President of the Republic”, such as the example of assistance to disadvantaged citizens in southern Serbia or donations of flags “on behalf of the President”.

“The institution of the President of the Republic does not have funds allocated in its budget which could be distributed as humanitarian aid to citizens, but only what the institution needs for its work” he said.

He stated that if this Aleksandar Vučić’s personal gift, then so be it, because it would be something he does as a citizen and not as a holder of a public office and added that in case these donations come from donors who responded to the invitation of the President, then it should be said so.

“In that case, these donations should have been collected by government and local self-government bodies responsible for that job”, Nenadić explained.

Montenegro: Improvements in transparency were made, still a lot to be done

In Montenegro, civil society reacted early on and warned the Government about the necessity of transparency of donations.

As the National Coordination Body published the details on how to donate, Institut Alternativa has called upon the Government to publish detailed information on the income of donated funds and their allocation, stating that these revenues are public and thus have to be known to the citizens.

Marko Sošić, Researcher at Institut Alternativa from Podgorica explained for EWB that purposeful spending of these budget revenues is important because in the budget system of Montenegro this type of revenue is not systematically and specifically regulated.

“The government should not get the impression that this money is on their disposal without any accountability towards citizens”, Sošić said and added that the other reason for transparency is to “repay” the citizens and other donors who supported Government’s efforts to fight the pandemic by reporting on how much funds have been received and how they were allocated.

Sošić also said that at the beginning of the crisis, companies and individuals started to donate directly to the healthcare system, but the donations also came from the ministries and institutions as well, which is the same as taking money from one pocket and putting it into the other.

„Later on, the donations were centralized and based on a needs analysis, so the funds could be used according to the need“, Sošić said and explained that despite this decision of the Government, public enterprises have continued to donate as they wish because the monitoring by the Government is very weak.

As Institut Alternativa called for transparency, the Government adopted on 31 March the Decision on the modalities and conditions of distribution of funds collected through donations, which stipulates who and how can manage these funds, as well as the obligation to inform the public once a week of the account balance and payments.

Sošić explained that Government took steps to make donations more transparent – now they report on account balance and donations and donors once a week at the website Coronainfocg, but still the transparency is far from ideal and numerous aspects could be improved.

“Although now we can see who, when, how much has been donated and to what companies were the contracts awarded from donated funds, we do not have the contracts themselves, details of the goods delivered and services paid, justification from the National Coordination Body why it has chosen certain companies, nor the information on the donations prior the 31 of March”, Sošić said.

Procurement from donation funds are not regulated yet

Sošić also told EWB that procurements coming from the donation account have been conducted outside the regular public procurement system.

“Besides this, the management of these funds is under question because only the Minister for Finance is legally authorized to manage them, or someone with the Minister’s authorization”, he said and added that Institut Alternativa asked the Ministry to publish the decision which is giving the authority to the Coordination Body, as this kind of authorization has not been available, but the answer has not been received yet.

“There is a struggle ahead, but it is important to maintain public pressure for openness in times of crisis and not to accept extraordinary circumstances as an excuse for secrecy”, he concluded.

As we have seen above, there are signs that governments in the region understand that some level of donation transparency needs to be ensured.

The Governments should start looking at transparency as the obligatory element that should be ensured, alongside efficiency, but not be blindsided by it and start building emergency mechanisms even before the crises start.

What to expect from the Kosovo-Serbia dialogue in 2021