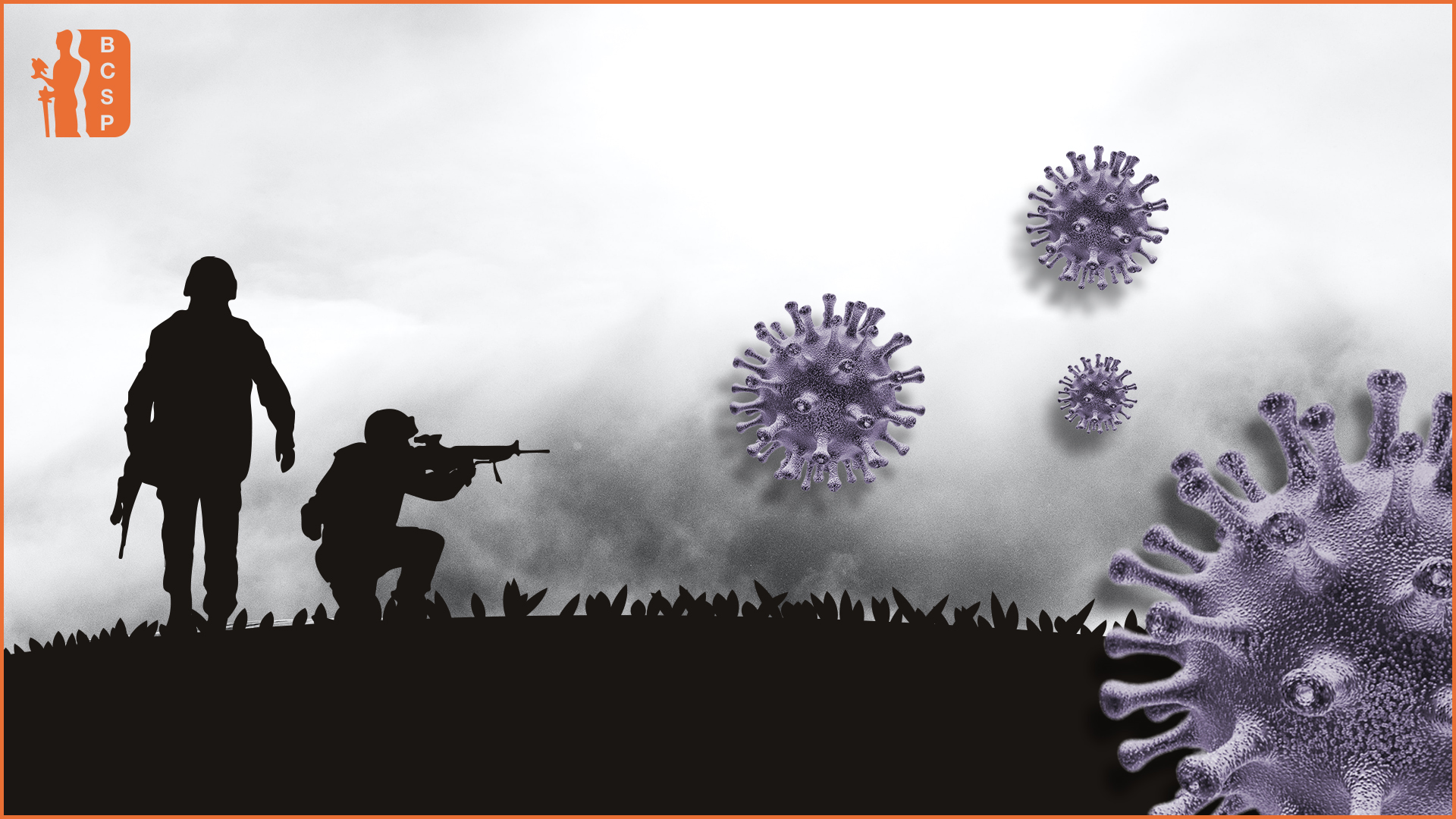 Across the region, the armed forces have been mobilised to support civilian authorities in responding to COVID-19 pandemic. However, urgency was used to deploy the military without respect for due decision making procedures and/or through a more transparent manner. Moreover, the crisis demonstrates that the armed forces need more capacities for disaster response, as they are likely to remain de facto first responders in the foreseeable future.

The armed forces were engaged for internal security, border control, providing additional medical capacity, transport of COVID-19 patients and disinfection of public surfaces. The most controversial engagement was assisting the police in providing internal security and reinforcing lock-downs through presence patrolling and guarding hospitals and other public buildings. The armed forces have executed these duties in Serbia and North Macedonia, the only two countries in the region where the state of emergency was declared, and Albania.

In Albania, military armoured vehicles were seen enforcing the curfew; in Serbia, the public wondered about the necessity of deploying military police officers to patrol with rifles and there were concerns about the troops shooting in the air outside migrant centres to prevent their occupants from going out. The armed forces were most busy responding to the crisis in Serbia, both in terms of workload and variety of tasks. This is not surprising given that Serbia has the largest military and, according to SIPRI, the highest military expenditures in the region.

However, it has also to do with the way that the state officials decided to manage the crisis. Instead of implementing legislation regulating infectious diseases management and disaster response, which would have given more weight to civilian authorities, Serbian officials opted for declaring a state of emergency. The mere procedure for proposing the state of emergency and mobilisation of the armed forces under such circumstances are regulated in the Defence Act, which suggests that this framework was originally envisaged for dealing with hard security issues through enabling the military to assume key roles.

Who called the army?

Supporting civilian authorities in disaster response belongs to the mission of all armed forces in the region. Still, troops are not deployed automatically when a disaster occurs, but in line with constitutional and/or legal procedures. In practice, the more the military was involved in COVID-19 crisis response, the less clear procedures which preceded its deployment were.

In Serbia, declaring the state of emergency allowed the Ministry of Defence (MoD) to step in without any official consultations with the Ministry of Health and other civilian structures. The fact that the President commands the army also effectively prevented a better inter-governmental coordination, because, according to the law, under the state of emergency the Armed Forces are to act only in line with their own plans and the President’s orders. Statements coming from the MoD caused further confusion about who was really in charge, such as who decided which public objects the military would guard.

An official press statement early in the crisis stressed that the Armed Forces got engaged based on orders by the Minister of Defence and Chief of General Staff (none of which was published in the official military gazette), whereas some other press releases suggested that the military was acting in line with the President’s orders (which were again not published in official gazettes). This has created an impression that the Armed Forces just knew what to do and jumped to support civilian authorities without consulting them about what they needed or even informing them  with regards to what they were up to.

On the other hand, in Albania and North Macedonia, governments had the key role in deploying the armed forces, but did so by overriding standard legal procedures. In Albania, deploying the Armed Forces to act in a civil protection capacity would require a parliamentary decision, while in North Macedonia the President has to order deployment in such cases. None of these formal requirements was fulfilled in practice. In BiH and Montenegro, the decisions to deploy the armed forces were made by the right bodies, but they were not published.

The armed forces between duty and improvisation

The COVID-19 crisis begs a question if the armed forces have sufficient capacities to support civilian authorities. The first look at national defense plans, budgets and major procurement does not indicate that civil disaster response has been a priority in regard to investment. Serbian augmented military spending goes foremost for major arms deals, whereas the Armed Forces are said to be in need of new special and transport vehicles. NATO members in the region (including North Macedonia, which joined NATO in the middle of the pandemic) have prioritised developing capabilities necessary for deployment in the Alliance’s operations and, given the scarcity of resources, had to neglect other capabilities. However, some capacities which were acquired for deployment abroad or in the framework of host nation support for the Allies have come handy in this crisis, such as the field hospital in North Macedonia or transport helicopters in Montenegro.

Personnel drain is a major issue in some countries. Shortage of soldiers in Serbia can be discerned from the fact that even officers and civil servants who work in the MoD were setting up accommodation for COVID-19 patients in Belgrade Fair halls. Another former Yugoslav republic, Slovenia, has delayed the upcoming rotations in multinational operations, admitting that it could not afford to have any members of the armed forces in self-isolation for two weeks. Personnel own protection from getting infected both during crisis management at home and in operations abroad has also proven to be a challenge. At the same time, a recent BCSP research has found that so far, the armed forces personnel in Serbia have not been regularly trained for any type of disaster response, even after the major floods in 2014.

All things considered, it is justified to wonder why the armed forces got engaged under such circumstances. Their presence in public may have a symbolical value and convey a message to citizens that everything is under control. Even more importantly, swift deployment of the armed forces in systems where they are only meant to be third responders (after local crisis staff and emergency management authorities) shows that civilian structures are even less operational. In this view, Serbian defence minister‘s utterance that, if it were not for the Armed Forces, there would be no one who could arrange beds in makeshift hospitals, is sadly on the point. In fact, with the shortage of professional soldiers, the Covid-19 is very likely to prompt another debate in Serbia about reintroducing compulsory conscription.

The COVID-19 crisis has to be a wake-up call for governments in the region to stop writing off natural disasters (be it floods, earthquakes or pandemics) as one-off events and work on developing functional and realistic civil emergency management systems. Still, it is clear that the armed forces will continue to assume important role in such events at least in the mid-term. This requires two types of efforts.

Firstly, it is vital to ensure due lawfulness and transparency of deployment. It is superfluous to say that this requires the office holders to obey the law (and constitution), but more importantly, all the shortcomings the in decision making process show why external oversight matters in times of crises. Secondly, governments ought to provide the armed forces with sufficient capacities for disaster response. To this end, they need to rethink defense investment priorities and step up personnel retention. The armed forces also need more training for disaster response and clearer operational procedures during pandemics, in order to better protect own personnel.

Finally, the pandemic is a strong argument for strengthening future regional cooperation in the field of disaster response. Some encouraging examples of bilateral cooperation, such as Montenegrin transportation of ill Croatian personnel, are already there. At the same time, there is a plenty of room for countries in the region to work together towards boosting capacities to address very realistic and very shared threats.

Elections in Serbia to be re-scheduled for 21 June

Who is Đuro Blanuša, RYCO Secretary-General? 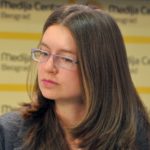 Katarina Đokić has worked as a researcher in Belgrade Centre for Security Policy (BCSP) since March 2012. In her research she has focused on defence integrity, budgeting and procurement, parliamentary oversight of the security sector, and Serbian relations with NATO.