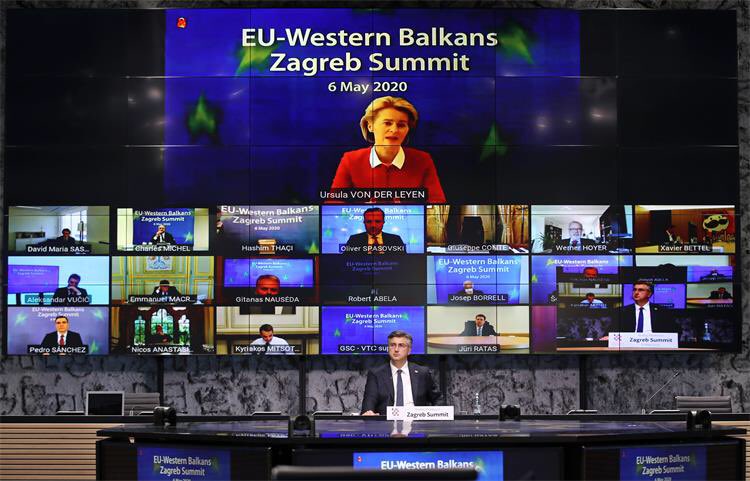 ZAGREB / BRUSSELS – European Union-Western Balkans Summit wrapped up this evening, and the main topics of the meeting were European perspective of the region, support and cooperation in the COVID-19 crisis, as well as reiterating commitment to EU values and reforms.

The leaders adopted a Declaration confirming unequivocal support to the European perspective of the region.

“We have reaffirmed and reconfirmed the position of the European perspective for the Western Balkans. It is important to continue the reforms, the rule of law, the democratic values, the fight against corruption – they are essential”, said the President of the European Council Charles Michel in his opening statement.

He also emphasised that the EU has agreed on 3.3 billion Euros of assistance to the region to help recover its economies.

President of the European Commission Ursula von der Leyen stressed that the Western Balkans belong in the EU and that there is no question about it.

“Once we put behind us this immediate phase of the pandemic, EU will present the investment plan later this year – it will focus on necessary transport and energy infrastructure, but also Green new deal and digitalisation”, stated President of the European Commission Ursula von der Leyen during the press conference.

She added that free press, which is the cornerstone of the democracy, is of particular importance when it comes to EU values.

During the press conference, Prime Minister of Croatia Andrej Plenković highlighted the successes of his country’s Presidency.

He added that Bosnia and Herzegovina, in Croatia’s view, deserves the status of the candidate country.

Asked about the fact that Serbia and Montenegro have been downgraded in the category of hybrid regimes by the Freedom House today, President Michel said that the importance of the rule of law and EU values has been reiterated at today’s Summit, while President von der Leyen added that they are conditions sine qua non for the EU accession.