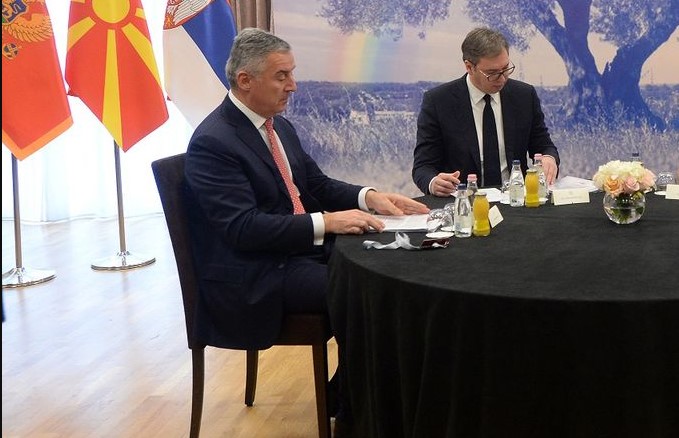 Freedom House’s “Nations in Transit” report drew more attention than usual after classifying Serbia and Montenegro as “hybrid regimes”, in which the power is based on authoritarianism as a consequence of incomplete democratic change.

Serbia was not classified as democracy for the first time since 2003. It has been criticized for, as it is stated, negative indicators in democratic reforms and methods of governing, which have been recorded for five years in a row. Freedom House (FH) points out that the long-term state capture, abuse of power and “firm tactics” used by the President of Serbia, Aleksandar Vučić, led to the fall the most.

Political scientist Boban Stojanović states that the results are not at all surprising.

“Two years ago, Serbia already fell into partially free countries, the next step was the decline from semi-consolidated democracies to hybrid regimes. Depending on political science theories, these are regimes that have democratic institutions and procedures, but the degree of authoritarianism of the government is so great that political institutions and processes such as elections become meaningless. I would say that Serbia is a competitive authoritarianism, just one type of hybrid regime”, Stojanović points out and adds that it was expected that Freedom House would soon put us in this category, since some other international reports have already indicated that.

The author of the report for Serbia, Miloš Damnjanović, has a similar opinion, saying in an interview for the Voice of America (VoA) that the assessment of the state of democracy in Serbia is declining every year, and that this decline can be seen in various parameters, including the integrity or course of the election process, the state of media freedom and the overall state of democracy.

“We have state capture, we have a very strong ruling party that has created a very strong and organized machinery at all levels of government. It has managed to destroy the opposition, to atomize it. It is a very organized party apparatus that controls the entire country, from the top to the lowest position, which is slowly spreading to the economy and all pores of the state administration,” said Damnjanović.

He added that the problem of state capture has existed before, but that it was covered up due to the existence of political and party pluralism before the Serbian Progressive Party (SNS) came to power in 2012.

Therefore, the Prime Minister stated that the Government of Serbia sent a “studious answer up to 18 pages” to the Freedom House yesterday, considering that the report is “full of contradictions”. According to her, the report refers to references and sources that speak contrary to what is stated in the report.

The challenges are similar in Montenegro, where the Executive Director of the Politikon network, a Podgorica-based think tank, and a member of the Balkans in Europe Policy Advisory Group (BiEPAG) Jovana Marović points out that the fall of Montenegro into the category of hybrid regimes is neither surprising nor undeserved.

“Montenegro is continuously recording a democratic setback and was already on the border when the last report was published in 2018, within which it fell behind in the category of national democratic governance. It has now seen setbacks in two areas, the independence of the judiciary and corruption, resulting in the transition to hybrid regimes, while it has stagnated in all other areas that FH is considering”, Marović points out.

She added that according to the Freedom House methodology, the determination of the score or index of democracy is the result of an evaluation of the situation at several levels, so there is no question that this year’s result is only a product of the author’s assessment.

“Hence the astonishing anger that the report has produced with the authorities, which is directed at the non-governmental sector in Montenegro”, concludes Marović.

Limiting the opposition in Serbia

The report for Serbia states that the ruling SNS has systematically limited the opposition’s ability to be involved in governing the country since it came to power.

“The opposition is boycotting the work of the parliament because they do not feel that they can effectively advocate for a change of policy,” states FH, adding that “although the room for maneuver of political opponents of the government is narrowed, the possibilities of institutional fight should always be additionally considered in bad conditions.”

Council of Europe and OSCE observers’ assessments that the last parliamentary elections held in 2016 showed that the SNS “abuses the majority, blurs the distinction between state and party activities, puts pressure on voters, especially those employed in the public sector”, did not go unnoticed and were included in FH report.

In addition, the report highlights the practice of adopting laws by urgent procedure, and states that during 2019, more than half of the laws in Serbia were adopted this way.

Negative assessments for the media situation in Serbia as well

The recently published report of Reporters Without Borders was welcomed by Serbia with another drop in the World Press Freedom Indeks, now taking 93rd place.

Damnjanović stated for VoA that Serbia has regularly lost points in the media situation in previous years.

“The media on one side or the other side feed this state of entrenchment, while the dominance of the media on the one hand manages to create an image that one part of the public perceives as reality,” Damnjanović points out.

Stojanović believes that the state control of the media is getting stronger, and that the problems with the election process have only further accelerated the classification of Serbia into hybrid regimes.

“All this has been “cooking” in Serbia for several years, now only Freedom House has made it official in its report,” Stojanović stresses.

What are the consequences for European integration of Montenegro and Serbia?

The Freedom House report was published before the EU-Western Balkans Summit on May 6. Asked about the fact that Serbia and Montenegro have fallen into the category of hybrid regimes, the European Council President Charles Michel said the summit reiterated the importance of the rule of law and EU values, while the European Commission President Ursula von der Leyen added that they were sine qua non conditions for EU accession.

The report points out that this change in categories is happening at a time when the EU accession process has fallen into disagreement and no longer serves as an example of democratic reform, when the politics of great powers and transnational diplomacy are turning the Balkans into a geostrategic chessboard.

Marović explains that “the poor state of democracy, whatever name we call it, is a major obstacle to integration”, and if Montenegro wants to become a member of the European Union, it needs to tackle “huge problems that the government is persistently pushing under the rug much more seriously the: corruption at all levels, lack of responsibility and inappropriate political influence on the work of institutions are just some of them”.

The program manager and senior researcher at the European Policy Centre based in Belgrade, Sena Marić, points out for the European Western Balkans that the findings of the FH report, together with other relevant indexes, show a trend of deterioration of democratic indicators in Serbia over the years.

“Also, since last year, the EU has been using a much stronger vocabulary for this area compared to previous reports. In the last year, this has been reflected in the process of Serbia’s accession to the EU, which can be concluded on the basis of the number of newly opened chapters (one at each Intergovernmental Conference) in relation to a much larger number of chapters ready to be opened. I expect that this June, the EU will send the same message, by, at best, opening one negotiating chapter with Serbia,” Marić explains.

She adds that she hopes that in the foreseeable future, the novelties introduced by the new approach (revision of the methodology) to the accession process will begin to be applied, and that the warning messages sent by the EU due to stagnation and setbacks in the rule of law, will gain purpose.

Boban Stojanović points out that for us, as citizens, we all expect that someone from the EU will remember this part of the conditions for membership.

“EU membership will mean nothing to the citizens, if we enter the EU without basic political freedoms. Although I believe that is certainly impossible. The next report on the progress by the European Commission will certainly point out these undemocratic tendencies, but the question is when the EU will pay a little more attention to the state of democracy in Serbia. The problem of democracy in Serbia was internationalized last fall, it remains to be seen when the EU will say that it is enough and stop supporting the authoritarian leader for the sake of his cooperation regarding Kosovo. The reactions of the EU will certainly depend on that part,” Stojanović points out.

He adds that we can only hope that the EU will not accept another ingrained authoritarian government that we have, for example, in Montenegro and concludes that “one day when the issue of democracy in Serbia opens up, we will certainly be years away from the EU because the collapsed institutions are not rebuilt quickly.”