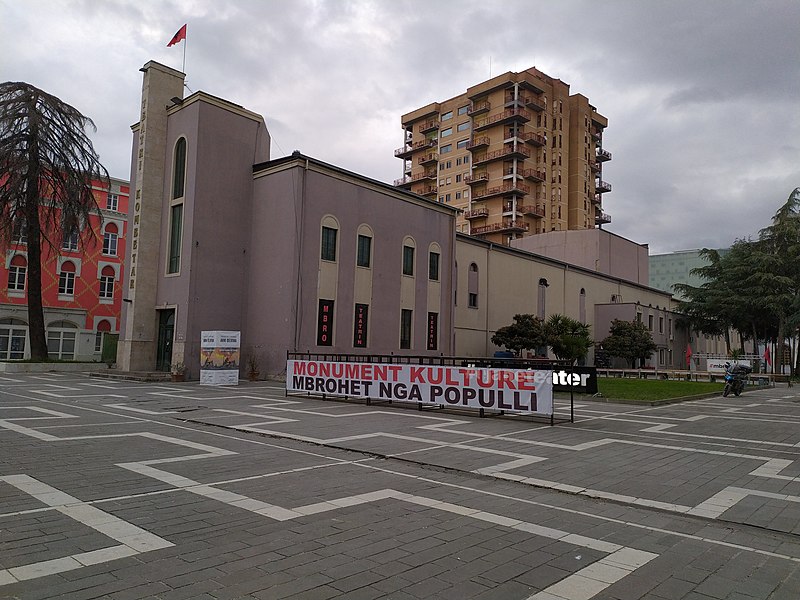 TIRANA – Hundreds of protesters in Tirana clashed with police on Sunday after an Albanian state body dealing with illegal construction bulldozed the historic National Theatre, after police stormed the site and arrested protesters who had gathered to defend it, Balkan Insight reports.

The demolition was strongly opposed by activists, opposition politicians and artists who wanted the buildings originally constructed during World War II during the Italian occupation to be renovated.

Several hundred protesters battled the police, and a number were arrested after hitting police with bottles of water.

Even though the President of Albania Ilir Meta supported the protesters by calling the demolition of the theatre “a moral crime that cannot be granted amnesty”, Prime Minister Edi Rama said that those who opposed his plan for a new theatre “don’t love the development”.

The EU Delegation in Tirana also criticised the demolition of the theatre, saying it had come at a time when “we called for dialogue between authorities and civil society before an irreversible decision is taken”.

“We regret that this call has not been followed up by the relevant national and local institutions. We have been following with deep concern the developments on the ground. We call on parties to show restraint and to avoid an escalation of the situation,” the EU Delegation in Tirana tweeted.

German Ambassador to Albania Peter Zingraf also stated that he is perplexed by the demolition of the National Theater in such a hasty way. In an official statement posted by the German Embassy, Ambassador Zingraf expressed concern that this could mean a step backwards for the country.

“The hasty demolition of the National Theater in Tirana at dawn today is difficult for me to understand in the form in which we saw it. In the current state of emergency, dialogue between government and civil society and transparent government action are particularly important. Against the background of combating the corona pandemic, this development makes me all the more concerned, since the crowds that have already happened and are still to be expected can mean a step backwards. I call on all actors to engage in dialogue and restraint,” the Ambassador said, Tirana Times reports.

The battle over the Theatre has lasted for two years. According to Balkan Insight, The Municipal Council of Tirana apparently decided to destroy the building four days ago, but council decisions only enter force 10 days after their publication, making the demolition legally questionable.