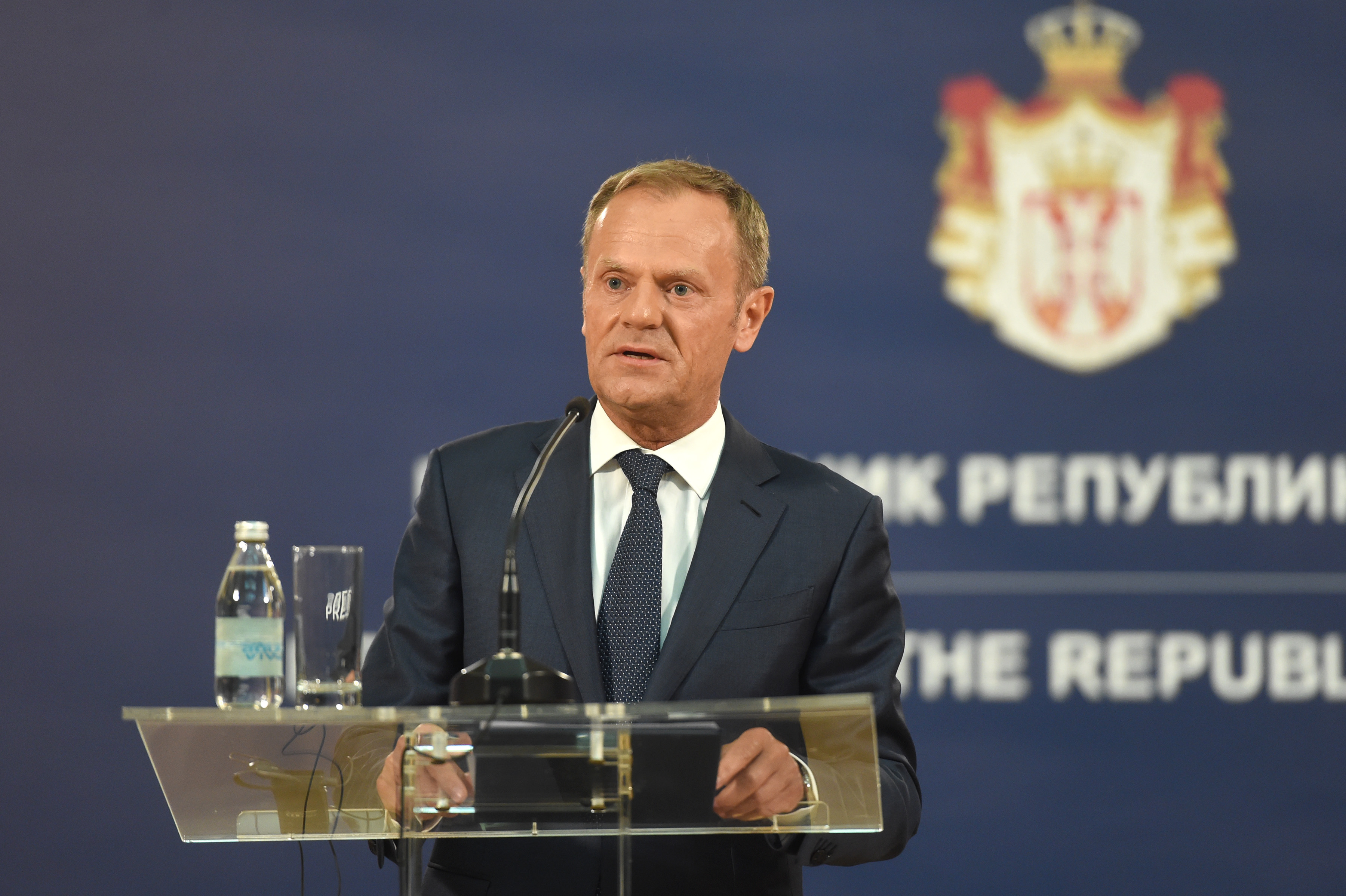 TIRANA – MEPs of the European People’s Party, as well as its President Donald Tusk, condemned the demolition of the National Theatre of Albania in Tirana that took place over the weekend. Several commentators pointed out, however, that this criticism was absent when the similar event famously occurred in the Belgrade neighbourhood of Savamala.

“Very good to condemn the demolition of the theatre in Albania but where were you in 2017 (2016, EWB) when Serbia of your EPP party comrade Vučić was destroying an entire district of Belgrade Savamala? Then it was silence!”, tweeted Srđan Cvijić, Senior Analyst at the Open Society European Policy Institute in Brussels, in a reaction to the EPP President Donald Tusk’s criticism of the demolition.

Very good to condemn the demolition of the theatre in #Albania but where were you in 2017 when #Serbia of your @EPP party comrade Vučić was destroying an entire district of Belgrade #Savamala then it was silence! https://t.co/7rh6pwZTP7

Tusk also wrote on Twitter that intimidation and use of violence against protesters, civil society, artists as well as opposition politicians are unacceptable. He was joined in his criticism of the act by EPP MEPs Michael Gahler, David Lega and Vladimir Bilčik (EP Rapporteur for Serbia).

Opposition Democratic Party of Albania is an associate member of EPP, while the ruling Socialist Party belongs to the Party of European Socialists, which so far has not reacted to the demolition.

“Until the EPP start condemning it’s own autocrats and the European Socialists do the same such statements are worth nothing”, Professor of Southeast European History and Politics at the University of Graz Florian Bieber tweeted, in reaction to the comments made by EPP members.

Until the EPP start condemning it’s own autocrats and the European Socialists do the same such statements are worth nothing. https://t.co/AcvV4aVqf5

The comparison with the Savamala demolition in Serbia began appearing as soon as the photos of the bulldozing of the National Theatre surfaced on the social network.

“Savamala in Belgrade, National Theatre in Tirana. Common thing of despots in Balkans, demolishing after midnight. What next?”, tweeted Shpend Emini, Executive Director of the Democracy for Development Institute (D4D) from Pristina.

Demolition in the neighbourhood of Savamala took place on the night of the parliamentary elections in 2016 when an organized group of masked men tore down 12 objects in Hercegovačka street, while the police refused to react and protect citizens who called and reported this suspicious incident. Until this day, more than four year after the event, the perpetrators have not been identified, even though the then-Prime Minister Aleksandar Vučić stated that the people from the highest levels of Belgrade’s authorities were responsible.

Objects demolished that night in Hercegovačka got in the way of the government-backed “Belgrade Waterfront” project, whose questionable compliance with legal and urban regulations has already produced several affairs. A group of citizens Ne da(vi)mo Beograd (NDB) organised multiple protests against the project and the Savamala demolition.

One of NDB’s leaders Dobrica Veselinović also compared the National Theatre demolition to the Savamala case, calling it a “classical exchange of ‘good practices’ in the region”.

Bilčik to the opposition in Montenegro: Brussels can not impose solutions for Montenegro