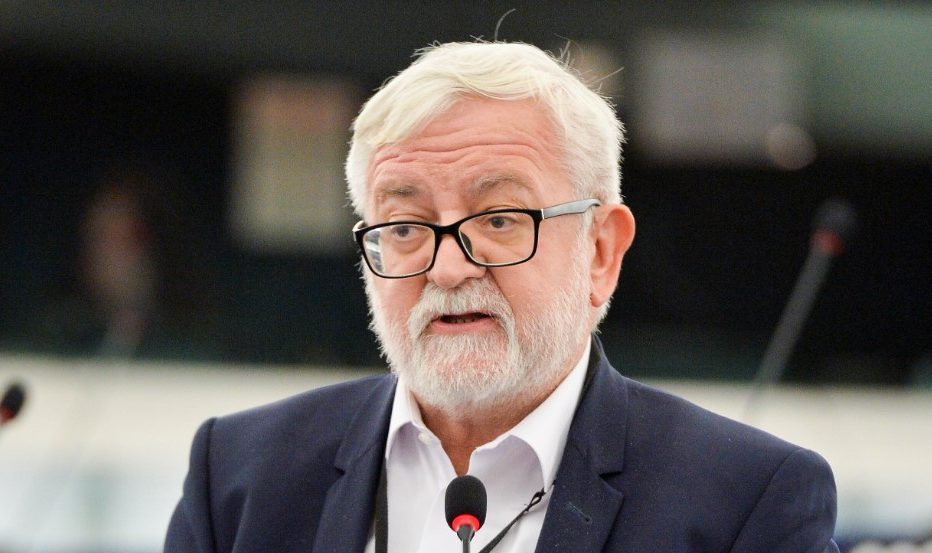 The controversial aspects of the state of emergency in Serbia, declared due to the COVDID-19 pandemic, did not go unnoticed in the EU – on 16 April, a group of 20 MEPs signed a letter drafted by Attila Ara-Kovács (S&D) expressing concern over constitutional and human rights in the country, addressed to the Enlargement Commissioner Várhelyi. The letter described the measures taken by the Government as “severe and disproportionate”, “compatible with a state of war, rather than a pandemic” and expressed concern over the fact that “the declaration of the state of emergency took place in the absence of a sitting parliament”. It also claimed that the Government took advantage of the situation to further stifle free press and sanction critics.

Even though the state of emergency was lifted on 6 May and the Commissioner replied that the situation is being closely monitored, not everybody believes that the reasons for concern over the conduct of the Serbia ruling party have gone away. MEP Ara-Kovács, member of the opposition Democratic Coalition party, shared his views on these issues, as well as parallels between Serbia and Hungary, for our portal.

European Western Balkans: Commissioner for Neighbourhood and Enlargement Olivér Várhelyi recently replied to the letter in which yourself and 20 other MEPs express concern about the respect for human and constitutional rights in Serbia during the state of emergency. Are you satisfied with his response?

Attila Ara-Kovács: On the positive side, Mr. Várhelyi’s letter reaffirms the Commission’s intention to closely monitor developments in Serbia, and reflect them in the forthcoming enlargement package.

Clearly, the European Parliament, as well as member states, will debate the forthcoming enlargement package in detail, and pass judgement on the actions of Mr. Vučić and his government. The COVID-19 virus cannot be an excuse for any misuse of power, as the sad example of Hungary shows.

Mr. Várhelyi can also be sure that the EP will closely follow his work, including on Serbia. We expect him to speak up clearly against any undemocratic steps, and do everything in his power that if there are elections in Serbia, they take place in a free and fair manner.

EWB: What is your general opinion of the Commissioner’s work so far?

AAK: I will be satisfied with the work of Commissioner Várhelyi if he proves, that he is acting independently from the Hungarian ruling party FIDESZ and that he is committed towards the political criteria of enlargement such as rule of law, democracy and freedom of expression and press.

EWB: Do you believe that there are more reasons for concern now that the state of emergency has been lifted in Serbia?

AAK: I welcome that this controversial state of emergency has been lifted, but we must continuously be extra vigilant regarding the rule of law and monitor whether the upcoming elections in Serbia take place in a free and fair manner.

EWB: Governments across Europe are trying to present every measure they are taking during the pandemic as legitimate way to protect the health of the citizens. Where is, in your opinion, the “red line” which divides legitimate and illegitimate measures?

AAK: First of all, a legitimate state of emergency is not open-ended, but it has an expiry date. Its extensions should be decided by a democratic elected parliament. Emergency measures must be proportionate and democratically controlled. The parliaments cannot be sidestepped.

Furthermore, European values must be safeguarded, such the rule of law and the freedom of expression. In a democracy, people cannot be detained just because they expressed their opinion.

Also, legitimate measures in a state of emergency do not aim to cripple local authorities but to support them, do not want to bring private companies under state control and do not disproportionately deploy the military.

EWB: Analysts, including those of the Freedom House, are drawing parallels between the way Serbia and Hungary have been governed in recent past. Do you think that the ruling Serbian Progressive Party is looking up to FIDESZ?

AAK: In case they do, they would be well advised not to follow FIDESZ’s path. Viktor Orbán became a pariah both in the European Union and in his own Party, the European People’s Party. His radical, unorthodox, anti-EU politics did not pay off, he is on the periphery of the European politics, with only friends such as Mr. Salvini, Mr. Kaczinsky and Mr. Vučić. If Mr. Vučić continuous to take undemocratic steps he will have to take the responsibility in case Serbia’s EU accession prospects are damaged.

EWB: Hungary has been very active in the Western Balkans during the pandemic, delivering its own assistance etc. What is, in your opinion, motivating the country to further strengthen its presence in the region?

AAK: I welcome the act of solidarity, but I doubt the intentions of FIDESZ and Viktor Orbán. The countries in Western Balkans and Hungary are historically and geopolitically bonded. Their prosperity and EU-accession are in the interest of Hungary as well. But Viktor Orbán is just trying to find some new allies since he is well aware that he is already an outcast in the EU.

EWB: Majority of the opposition in Serbia seems to be choosing to boycott elections and the work of parliament. As an opposition politician from Hungary, do you believe it is better to engage within the democratic institutions despite the unfair conditions, or to boycott them because of such conditions?

AAK: Hungary is a Member State of the European Union, a community where rule of law is a core value. Therefore, in Hungary, in my opinion, still the legitimate political acts are the proper tools against undemocratic regimes despite the unfair conditions. The Democratic Coalition, which is the largest opposition party in Hungary, strives to replace the government within the current framework and defeat them in elections. The aim of my party is to restore the rule of law in Hungary by gaining the trust of the majority of citizens by elections even if the democratic framework is currently curtailed by the government.

EWB: Many citizens of Serbia have had high expectations from the EU when it comes to the assistance in safeguarding democracy, rule of law and media freedom in their country over the past years – most of them have expressed disappointment. Has it been unrealistic to expect more engagement from the EU institutions?

AAK: My purpose, as Member of the European Parliament, is to support and urge processes that aiming safeguarding the European values both within the Union and in the accession candidate countries. Therefore, I support the initiative that would ensure that payments of EU funds be linked to the rule of law.

EWB: What will be your future activities as an MEP when it comes to developments in Serbia?

AAK: I am fully committed towards the accession negotiations of Serbia, therefore I will closely monitor how the situation in Serbia evolves. I will speak out if Serbia wants to deviate from the rule of law, as the Serbian Government must also understand that any anti-democratic measures could jeopardize Serbia’s future prospects.