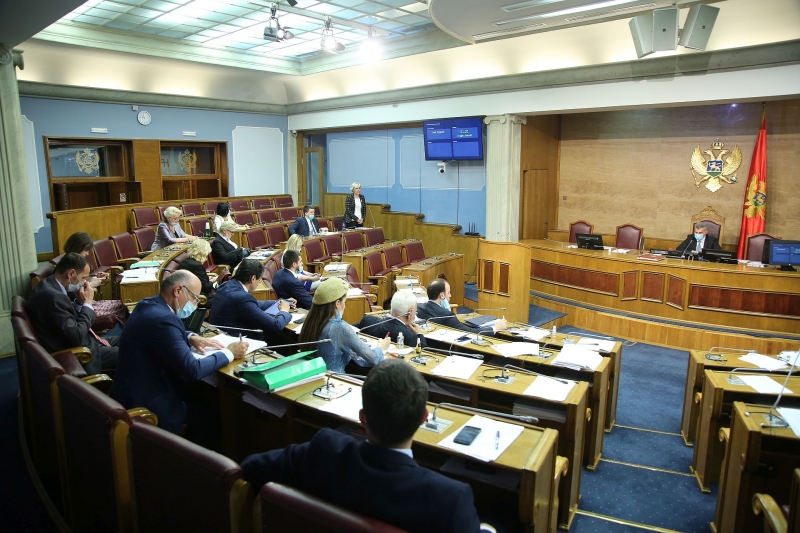 BELGRADE – The Western Balkans seems to have escaped a more dramatic fate seen in other parts of Europe during the COVID-19 pandemic and the things are slowly returning to normal – which in the case of the region includes sharp political confrontations, especially in the countries in which elections are due to take place, points out Friedrich Ebert Stiftung (FES) in the second part of its series of reports “Democracy and the State of Emergency”, published this week and covering the period of April-May.

Election campaign resumed in Serbia, in North Macedonia it is still pending the agreement of the political leaders, while elections in Montenegro are also supposed to take place later this year.

In Serbia, the report notes, the campaign never seems to have fully stopped despite the state of emergency, which lasted from 15 March to 6 May.

“An illustrative example of COVID-19 campaigning is the hand-delivery of ventilators by President Vučić in Novi Pazar and Niš, accompanied by a large gathering of people exceeding the number prescribed by the government’s order. These events were soon followed by Vučić’s return to making non-COVID19-related public appearances”, the report points out.

In North Macedonia, the clashes between the biggest parties, ruling SDSM and opposition VMRO-DPMNE, are mainly taking place through daily press conferences. The harshest critiques of the opposition are related to economic issues, with constant blaming the Government for either undertaking insufficient or inadequate measures or not implementing measures at all in certain affected areas of the economy, the report reads.

Meanwhile, in Montenegro, the identity issues focusing on the Serbian Orthodox Church (SPC) that were dominating the political discourse before the pandemic are returning to the forefront, especially since the SPC has begun to violate gathering prohibitions. In general, the opposition did not contest the substance of the measures, but it did challenge their legal foundation, claiming that the official introduction of a state of emergency was necessary, something the government denied, the report writes.

An election-related issue in Montenegro was raised over the adoption of an amendment to the Law on the Financing of Political Entities and Election Campaigns which allows the payment of social security benefits in an election year in the event of an epidemic or pandemic of infectious diseases. The previous provision, which banned the allocation of social assistance from the budget reserve in an election year, was introduced in order to minimize the potential for the manipulation of elections.

Political consequences can also be seen in Bosnia and Herzegovina, where the local elections are due to take place in October.

“With the exception of the SNSD, the leading political party in RS which, to some degree, projects an image of confident crisis management leadership, it seems that the majority of political actors have failed to develop a positive perception among the public with regard to their roles in crisis management activities. It is to be expected that this will lead to further fragmentation within the political scene in Bosnia and Herzegovina, especially in the FBiH”, the report assesses.

How many branches of government, exactly?

The report notes that the executive, as expect, has taken the leading role during the crisis but that both the parliaments and the judiciary system have shown low levels of oversight and control.

“Given that Parliament and the judiciary (in Albania) have been functioning in reduced mode, there has been an incremental concentration of all decision-making processes within the executive branch during the crisis. This has been one of the central issues of public debate, fuelled also by the publication during this period of the Nations in Transit 2020 report and the Reporters Without Borders index 2020. In the Nations in Transit
index, Albania dropped in the democratic governance and electoral process indicators”, the report reminds.

Although mostly in reduced capacity, Albania, Bosnia and Herzegovina and Kosovo held plenary sittings of their parliaments throughout the pandemic. This was not the case with Serbia, Montenegro and North Macedonia, and the former two countries changed this only at the end of April.

“After 44 days of silence, the Serbian Parliament finally woke from hibernation to claim its place in the decision-making process. Following numerous appeals for its engagement, both domestic and from the European Parliament, an announcement delivered by President Vučić on Pink Television served as a tipping point for parliament to convene… The reasons for such a long break in the work of parliament remain unelaborated to this day”, the report states.

Plenary sittings of the Assembly of Montenegro, where the College of Presidents had been meeting instead, also returned at the end of April. In North Macedonia, however, the Parliament voted to dissolve itself in February and has not returned ever since.

The parliamentary speaker, Talat Xhaferi, refused to summon the Parliament, ignoring the initiative of 30 MPs for reconvening, submitted to him on 23 April, the report reminds.

On the other hand, an open conflict occurred between the Constitutional court of North Macedonia and the country’s Government, related to the decision of the Government to cut back the wages of 2060 government officials, judges, prosecutors and directors to the minimum wage of 14500 denars (236 euros) for April and May 2020. The Government accused the Court of bias, given that the wages of the judges of the very Constitutional court were affected by the measure.

As a positive aspect of the crisis for North Macedonia has been that the media reporting and freedom of speech remain intact in the country during the COVID-19 crisis, according to the report.

After the vote on 25 March, the President Hashim Thaçi tried to appoint the new Prime Minister. However, the now caretaker Government of Albin Kurti claims that the only constitutional way forward is a new election. The issue is currently under the review of the Constitutional Court.

According to the FES report, the citizens were left feeling abandoned by their leaders in the time of the crisis.

“The atmosphere that has followed these unfortunate events has been one of bewilderment and sheer hopelessness on the part of the people who cannot believe the realities created by their leaders at a time of pandemic”, the report states.

The political crisis in Kosovo was also prompted by the Government’s refusal to announce a national State of Emergency, at the same time increasing restrictive measures for the prevention of COVID-19 to a point where freedom of movement was restricted, and most businesses were brought to a halt. The President has challenged this decision, which the report interprets with the fact that, once a national State of Emergency is announced, the authority for decision-making is elevated to Presidential level.

Coordination of the institutions also proved itself to be a challenge in Bosnia and Herzegovina.

“As time under the State of Emergency passes, the complex system of executive and legislative power is leading to even more significant problems relating to the coordination and harmonisation of the crisis management measures. While both entities took appropriate and early measures, and initially showed preparedness to work together, including at state level, the country has ultimately not succeeded in establishing a functional coordination mechanism to fight the health crisis and appropriately coordinate the implemented measures”, the report concludes.

Less space has been devoted to the external relations this time around. It was assessed that, although the EU remains the most important donor and partner to North Macedonia in the crisis, China has used the opportunity to put itself on the map in this country as well.

Project “Support to the European Integration Process in Kosovo”