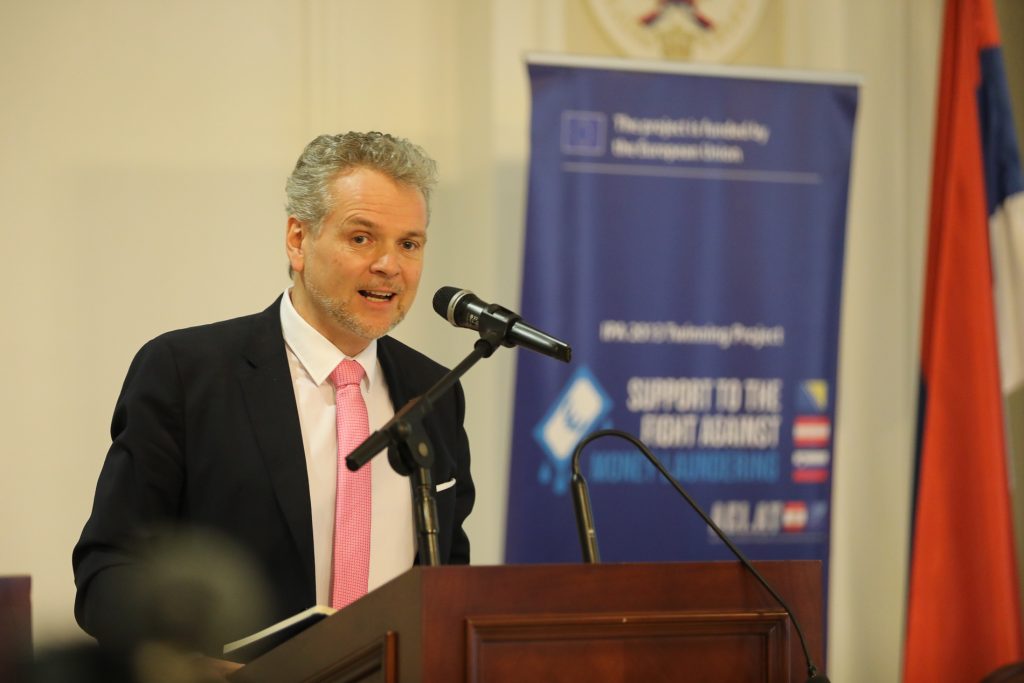 “Political leaders (in Bosnia and Herzegovina) have stated repeatedly that they want this country to make progress on the EU path, with candidate status achieved as soon as possible – but it depends very much on them, on their political will. They have to have the courage to compromise,” says EU Ambassador to Bosnia and Herzegovina Johann Sattler for European Western Balkans.

We talked with Mr Johann Sattler about the current state of the EU integration process of Bosnia and Herzegovina, the prospects of its candidacy, as well as more recent issues, such as COVID-19 response and the EU-Western Balkans Summit held earlier this month.

European Western Balkans: What is your opinion of the reformed enlargement methodology? Did it address the main problems of the process? How will the new methodology affect the European integration of Bosnia and Herzegovina?

Johann Sattler: The revised enlargement methodology re-confirms a credible EU perspective for the Western Balkans. It aims to improve the merit-based approach and increase the chances of the region to join the EU.

The process will be more credible for both sides – and more predictable – with clearly defined conditions on what is required and when this is achieved.

The dynamic will also be intensified by grouping the negotiation chapters into six main clusters. This should create an incentive for the accession countries to speed up reforms: they will move faster if they deliver faster.

The process will also be more political, giving more possibilities for engagement at the political level so as to steer the process more directly.

Reforms are the main driver of the process – and these reforms can deliver tangible lasting benefits for citizens in the region. This is why there will be even more focus on the fundamentals – the rule of law, measures to improve the economy and make public administration more efficient.

EWB: Do you think that Bosnia and Herzegovina has a chance to become an official candidate for EU membership and open accession negotiations?

JS: The EU stands ready to work with the authorities on the implementation of the 14 key priorities identified in the Opinion of May 2019. Implementation will pave the way towards candidate status.

After waiting for almost a year to see follow-up to these priorities, I was glad to see the BiH Presidency step up and take a more active role on moving this process forward.

Bosnia and Herzegovina came prepared at the Zagreb Summit. The Chair of the BiH Presidency, Šefik Džaferović, presented the initiative launched by the BiH Presidency to accelerate this country’s progress towards the European Union.

The initiative foresees an inclusive process involving the Council of Ministers, Parliaments and the coordination mechanism, as well as the civil society and experts through different fora.

This has already resulted in concrete steps. Meetings have been held to chart a way forward, including the activation of the coordination mechanism, i.e. the Collegium for European Integration that brings together representatives of all levels of authority. It now needs to produce a concrete harmonised Action plan by mid-June.

EWB: What is the biggest obstacle for Bosnia and Herzegovina formally to become a candidate?

JS: The easy answer would be the complex structure of the country, but it is the political will that is crucial to moving forward on the path to EU accession.

I hope to see a breakthrough, concrete action, not a reversion to bickering and trading divisive rhetoric.

Political leaders have stated repeatedly that they want this country to make progress on the EU path, with candidate status achieved as soon as possible – but it depends very much on them, on their political will. They have to have the courage to compromise. They have to make decisions that will lead in the direction the citizens want to go. We need to see substantial engagement on all 14 key priorities.

There are no shortcuts to membership. Over the years, Bosnia and Herzegovina has shown that it is capable of delivering: from fulfilling conditions for visa liberalisation to the regional roaming agreement. All things are possible – if there is political will.

EWB: Do you expect the new European Commission to do more for the European integration of the Western Balkans, especially for Bosnia and Herzegovina?

JS: When it comes to the new EC, we have already seen a renewed commitment through very concrete actions on the new methodology that was proposed and adopted last month. It has been possible to agree on accession negotiations with Albania and North Macedonia. This is a two-way street. It needs action from the side of BiH politicians.

We have seen proof of this in the past several weeks as the EU has been working with the countries of the region on the basis of a privileged partnership, affording crucial access to a number of initiatives and instruments that are normally reserved for Member States.

As discussed at the Zagreb Summit, the Commission’s upcoming Economic Plan for the Western Balkans will include a substantial investment package for the region, focusing on long-term recovery, boosting economic growth and supporting reforms. As part of the Plan, the European Commission foresees a doubling in the provision of grants through the Western Balkans Investment Framework. In short, watch this space.

EWB: What do the Zagreb Declaration and the EU-Western Balkans Summit mean for Bosnia and Herzegovina?

JS: By coming together in these extraordinary circumstances, EU leaders and representatives of the 27 Member States sent a positive message to the region, including Bosnia and Herzegovina. It reaffirmed unequivocal support for the region’s European perspective. This was the only “outside” engagement of European leaders during this difficult period.

Equally important was the message sent by leaders from the region, who reconfirmed their commitment to European values and to further reforms, and who aligned themselves with the Zagreb Declaration.

For Bosnia and Herzegovina, this is an opportunity for a fresh start – so it was really significant that at the Summit the BiH Presidency presented its initiative to accelerate the country’s progress towards EU membership. This was a signal that I believe it was important for Bosnia and Herzegovina to send. A year has passed since the publication of the Opinion, and now we need to see concrete and speedy follow-up.

As always, the proof of pudding is in the eating. I urge BiH political leaders to seize this opportunity. It is what the citizens of this country want. They want positive change. The European Union is committed to supporting them in making that change.

EWB: How do you see the role of the European Union in preventing the spread of the Coronavirus in Bosnia and Herzegovina?

JS: The EU has been helping on the ground since Day 1, with the aim of saving lives and saving livelihoods.

Our assistance includes €7 million for urgent medical needs, €73.5 million for mitigating the socio-economic impact of the pandemic, and €250 million in macro-financial assistance in favourable loans to assist post-pandemic recovery.

No other partner is helping this country with this level of support.

We are working closely with the authorities and with implementing partners in Bosnia and Herzegovina to ensure that the assistance is tailored to the needs of the country. Some of this aid has already arrived. In the coming days, we expect more deliveries of EU-funded medical equipment including ventilators, x-ray machines and ECGs.

With the activation of the EU’s Civil Protection Mechanism usually open only for member states, Bosnia and Herzegovina has also received assistance for immediate needs from individual Member States.

The economic consequences of COVID-19 are going to be significant and Bosnia and Herzegovina’s recovery will take time. That is why we have been stressing the crucial importance of a coordinated, swift and effective response.

The European Union has shown itself to be Bosnia and Herzegovina’s most loyal partner. It will continue to stand with the citizens of this country.