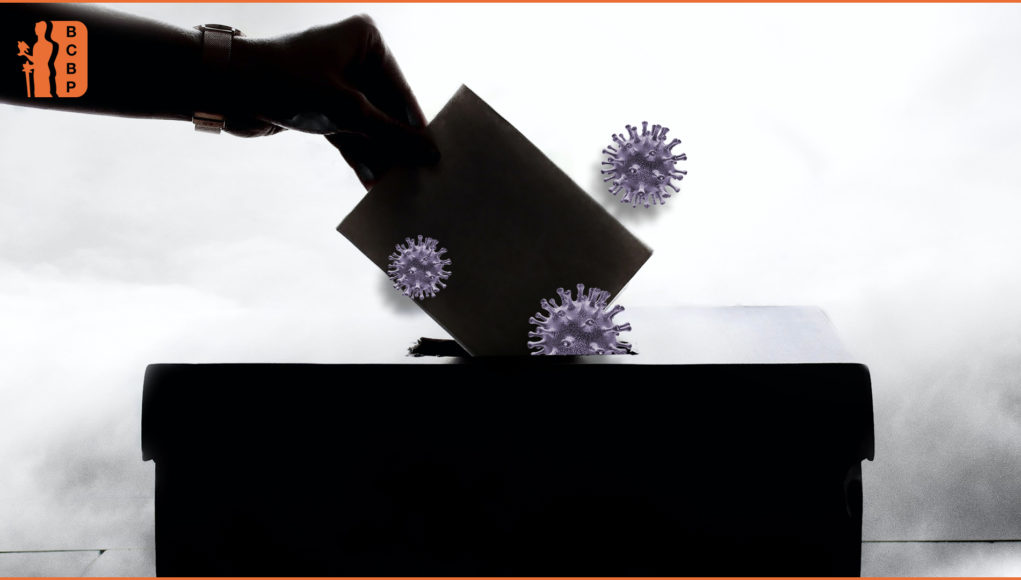 Following vacillations over the scheduling and the drumming up an atmosphere of a snap election, the date for Serbia’s regular parliamentary election was set on 26 April 2020. It seems that with just weeks to go until the polling day, little more could stir up the pre-election atmosphere as much as events that have already occurred, such as: the decision by several opposition parties to boycott the election following a year of boycotting the National Assembly; street protests across Serbia; protest processions in Montenegro; corruption scandals such as Krušik, Jovanjica, Jutka, Doljevac, and so forth. The waters of the election process have, however, also been muddied by the coronavirus (COVID-19) pandemic, as it spread to Serbia.

While the pandemic was still viewed as a joke – indeed as “the funniest virus in history” – and the official advice was for ladies to do a spot of “shopping in Milan”, but before it had become clear that things had turned south, a number of parties strove to gather ten thousand signatures for submission to the Republic Electoral Commission. It was only once the ruling party had submitted its candidates – having gathered over five times as many verified signatures as the law requires – that the authorities acknowledged the first case of coronavirus in Serbia. A week later the country’s president suspended parliament and declared a national state of emergency.

As well as declaring a state of emergency, Serbia also declared “war” on an invisible enemy. Their warlike rhetoric enabled political leaders to, among other things, justify the introduction of various special measures that could not, in more ordinary political circumstances, be permitted or deemed legitimate. The coronavirus pandemic became a pretext for the Serbian leadership to strengthen the executive branch’s influence over the legislative and judicial branches; to attempt to curtail certain human rights and freedoms; to conduct ‘Skype trials’; and to carry out prohibited electronic wiretaps of mobile phones by the security services. Efforts by the executive branch to centralise information flows and to increase its control of media coverage – both of the pandemic and of the government – was accompanied by arrests of journalists and activists, as well as by the manipulation of public fear of the virus through the spread of fake news. It also became clear that the civilian emergency management system had failed completely – consequently the response to a public health and economic emergency was unnecessarily militarised.

In the time of Corona, with the people of Serbia in lockdown and the economy at a standstill, the only uninterrupted activity in the country has been the election campaign. That the Progressive Party’s pre-election show must go on confirms that, in Serbia, the state of emergency and the extraordinary state of election management had already been normalised before the emergence of the pandemic. The state of emergency, which allows for the suspension of electioneering, also proved to be an excellent opportunity for the ruling party to dominate a media landscape already heavily misused for the purposes of campaigning. According to a study by the Bureau for Social Research (BIRODI), in mid to late March Aleksandar Vučić, the President of Serbia and leader of the Serbian Progressive Party (SNS), was the most visible politician across all national television stations with 15,050 seconds of exposure – as much as 63 times more than the main leader of the opposition, Dragan Đilas, who had a total of 237 seconds of exposure across all television stations.

According to Ipsos, President Vučić’s “firm hand” approach had paid off, given that “58 percent of respondents have a positive opinion on how Vučić is doing his job”, while support for the president “reaches 61 percent”. Judging only on the basis of the polling data, the global pandemic could be a vote winner for the president of Serbia and the ruling party at the upcoming elections. A fact that probably motivated the president and his party to quickly lift the state of emergency and schedule elections for 21 June, so as to translate the current boost in popularity into a political result.

The increase in state repression during the state of emergency resulted in revolt by citizens throughout Serbia, expressed symbolically by the nightly banging of pots, blowing of whistles, playing of loud music and similar noise-making activities at the start of curfew, that is at 8:05pm, following applause for healthcare workers. The initiative, called Raise Your Voice: Noise Against Dictatorship but better known as ‘potting’ (šerpovanje), was launched by Don’t Let Belgrade Drown (Ne davimo Beograd) and Civic Front (Građanski front) on 26 April, the date on which national, provincial and local elections were to be held. In response to the ‘noise-making’, SNS supporters organised a counter-protest of sorts at 8:30pm. The previously unknown group, Youth Association, and SNS parliamentarians claimed responsibility for the counter-protest. The counter-protesters took up positions on the rooftops of residential buildings, as well as those of state-owned companies such as Srbijagas and Galens in Novi Sad, and lit flares and other pyrotechnical devices, while playing music through loudspeakers, including the Russian national anthem and pre-recorded abusive messages directed against the leader of the Alliance for Serbia (Savez za Srbiju – SZS) coalition.

Civil society representatives fear that repression and authoritarianism will only increase following the elections, with greater censorship of the media but also with pressure and intimidation being redirected to target extra-parliamentary opposition figures – who will be further marginalised and weakened – as well as individual citizens, academics, civil society organisations and other focal points of opposition to the executive.

Who is Boycotting the Election?

Until the state of emergency was declared, the Republic Electoral Commission had confirmed nine parties running for the National Assembly and six for the Assembly of Vojvodina provincial election. On the basis of the confirmed lists, it is known which parties will participate in the elections and safe to assume which parties are likely to be elected to the National Assembly. These include the Progressives, the Socialists, the Radicals and the Bosniak and Hungarian minority parties. Projections indicate that the three percent threshold will also be passed by the recently formed pro-European coalition, United Democratic Serbia (Ujedinjena demokratska Srbija – UDS), the royalist party (POKS), a centre-right party (SPAS), as well as a far-right party (SP Zavetnici), which had not hitherto participated in national, provincial or local elections.

The latest research by the New Serbian Political Thought (Nova srpska politička misao) shows that, if elections were to be held next week, the coalition gathered around the SNS would attract 41.6 percent of the vote. Judging by the list of candidates put forward by the SNS, it can be expected that the next session of the National Assembly will include a greater number of younger parliamentarians, which can be interpreted as a potential purge of former Radicals. It is also expected that there will be a greater number of female parliamentarians, due to women making up 40 percent of the declared candidates. Therefore, a repeat of 2016, when many men and women entered representative institutions for the first time, is certainly possible.

The election boycott has united the government and split the opposition, with the largest opposition party remaining determined to sit out the elections and with other opposition parties having changed their minds and confirming their participation in them. The election boycott by opposition parties and their supporters will affect turnout, which is likely to be lower than for the 2016 elections. The assumption being, however, that the balance of power between the ruling Gulliver and the surrounding political Lilliputians will remain largely unchanged, since the coalition gathered around the SNS party is likely to emerge as the absolute victor at these elections. Due to international pressure and declining legitimacy, it is not in the interests of the ruling party that the Serbia’s National Assembly comes to resemble that of Belorussia, where the opposition holds no seats. It is therefore necessary that as many liberal and right-wing parties and movements participate in the election to attract certain groups of voters so as to increase turnout and, thereby, simulate the pluralism of representative institutions.

Neither is it in the interest of the government to delay elections until the autumn, since what currently looks like a “victory over the coronavirus” could, in a few months’ time, become a fiasco. By then the number of those dissatisfied with the economic crisis could begin to rise and stories are likely to emerge about the corruption of public officials; non-transparent procurement of ventilators; mass layoffs by companies receiving government subsidies; as well as about what really took place in public and makeshift hospitals, care homes and other public institutions with scarce resources and incompetent managers appointed along party lines.

Staying at Home as Political Decision

In spite of the undemocratic atmosphere in society, the inequitable electoral conditions for the main parties, the primary reason why it may be prudent to reconsider the scheduling of the elections in Serbia remains public health. In public health terms the conditions for holding the elections have not yet been met and the danger of an epidemic with greater epidemiological consequences remains, in spite of the state of emergency being lifted. The President of Serbia is, therefore, consciously risking the health of several million people by putting them in a situation in which they could, by going to the polls, come into contagious contact with others and, in so doing, help to spread the virus – just as was recently done by French President, Emmanuel Macron. This danger has been highlighted by epidemiologists, some parliamentarians and the Chair of the European Parliament Delegation, Tanja Fajon, who stressed that, “the circumstances are certainly not suitable for a quick election”, that the country, “is still in a global pandemic and that the question is how it will be possible to ensure the conditions so that people will have trust, that they will believe their health will not be in question.” Therefore, Serbian citizens could decide to stay home since, “they will not be choosing between the government and the opposition but between health and the risk of contagion”.

Thaçi not willing to negotiate in a dialogue facilitated by Lajčák 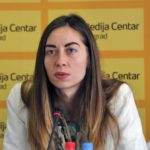