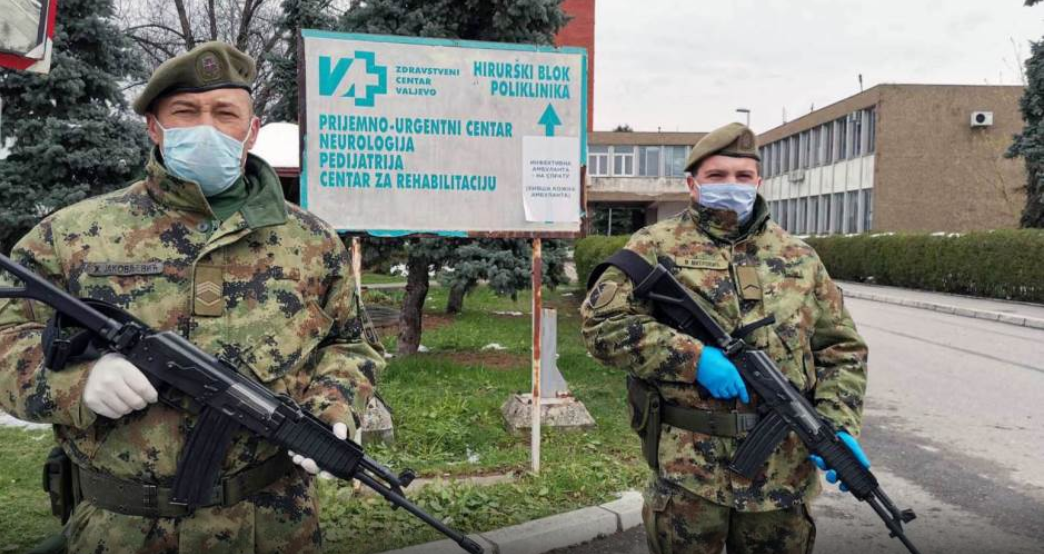 BELGRADE – “During the 52 days it spent in a state of emergency, Serbia failed the test of democracy, thanks to a series of failings and irregularities in the conduct and control of the security sector”, it is stated in an analysis by the Belgrade Centre for Security Policy (BCSP) “The Security Sector in the State of Emergency: Testing Democracy”.

It is stated in the analysis that the police did not always conduct themselves professionally, proportionately and as politically neutral agents primarily concerned with the needs and rights of citizens.

“The criteria on the basis of which the Ministry of the Interior issued permits for movement during the curfew were not prescribed, which is why they were misused during the flare-lighting incident”, reads the analysis.

One of the authors, Katarina Đokić, points out for the European Western Balkans that during the state of emergency, the public’s attention was drawn to certain incidents, from the use of excessive force against citizens, to torches on the roofs at the time when the ban on movement was in force.

“With this analysis, we wanted to provide a broader picture in which these incidents fit and analyze systemic weaknesses and abuses. The security sector played a prominent role during the state of emergency, and with it broader powers in dealing with citizens. In that sense, it was important for us to look at what the management of the security sector looked like in that period: how decisions were made, who made them, whether there was any supervision over the actions of the army, police and security services. Hence the title “testing democracy”, because the existence of democratic control over the security sector is one of the best indicators of the state of democracy”, Đokić explains.

It is pointed out in the analysis that people who arrived in Serbia before the state of emergency was declared were often not informed that they had been placed under mandatory self-isolation. It is added that police harassment was observed in at least three cases, with the police internal control department reacting publicly only once.

Also, the Serbian Armed Forces were engaged in a large number of tasks, which was significant due to the weak capacity of the civilian authorities to respond to natural disasters on their own, the Belgrade Centre for Security Policy writes in its analysis.

“Nevertheless, coordination with the civilian authorities took place informally and primarily through the President of the Republic. No decision on the use of the Serbian Armed Forces has been published, so it is not clear who decided how they will be deployed. The military took on public security assignments for which it lacks training and clear procedures, which proved to be a problem particularly when it came to securing refugee and asylum centres”, reads one of the conclusions.

Problems with the National Assembly

What was noted was also the further degradation of the National Assembly.

“Its role has been reduced to automatically rubber-stamping decisions made by the executive branch. At the same time, MPs have been treated solely as representatives of political parties and not as representatives of all Serbian citizens. Therefore, in terms of their constitutionality and lawfulness, the decisions made by the executive during the state of emergency remain highly questionable”, the authors wrote.

They added that Serbia has an opportunity to take the test again if the Constitutional Court reviews the constitutionality of executive decisions as soon as possible and if the National Assembly, the Ombudsman and internal control bodies review the conduct of the police and the armed forces during the state of emergency.

It is pointed out that the European Union should take into account the political context and the institutional response to the epidemic when drafting its next report on Serbia’s progress adding that in the long run, the spread of COVID-19 is a reminder to institutions of the need to reform the current emergency management system.

“Serbia failed the test of democracy”

Katarina Đokić says that the key message of the analysis is that Serbia failed the test of democracy during the state of emergency due to a series of systematic failures in the management and conduct of the security sector.

“Of particular concern is the passivity or lack of interest of actors who should monitor and review the decisions of the executive, ie the National Assembly, the judiciary and independent state bodies”, Đokić points out.

Asked what the reactions to the analysis have been so far, Đokić says that on the one hand, “we had the interest of the media, civil society and citizens, and on the other hand, a statement was published on the website of the Ministry of the Interior, which assessed our findings as tendentious and untrue”.