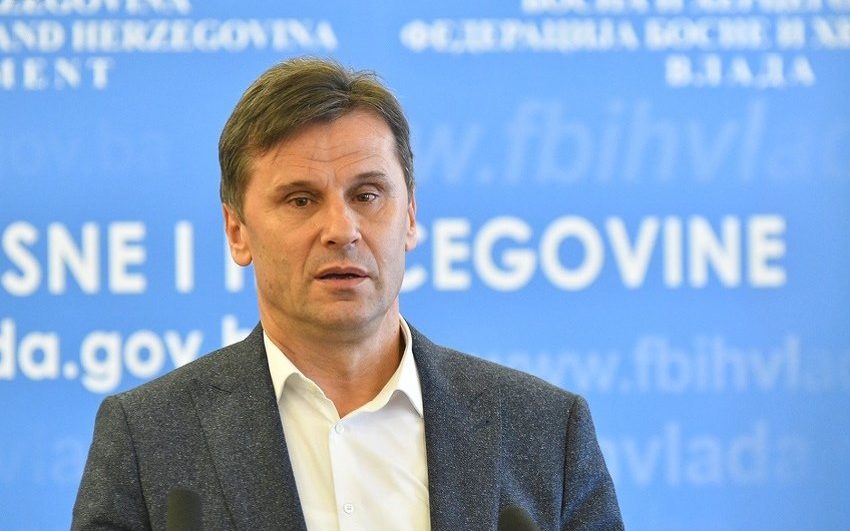 What do raspberries and medical ventilators have in common?

If you can’t think of an answer, we will give you a hint: It’s corruption.

How this is possible, hopefully is going to be answered by the prosecution and the judiciary of Bosnia and Herzegovina.  A major scandal emerged in the midst of the COVID-19 pandemic, because the entity Government of the Federation of Bosnia and Herzegovina procured lifesaving medical equipment, imported from China, from the company “FH Srebrna malina” that produces raspberries.

The procurement was conducted by the Federal Department for Civilian Protection, the unit within the federal government, which bought 100 medical ventilators for the intensive care units, paying 5,3 million EUR to the agricultural company “FH Srebrna malina” (English: “FH Silver Raspberry”) from Srebrenica.

Things probably could have been suspicious to the public from the beginning because “FH Srebrna malina”, as the name indicates, works in the production and procession of raspberries and naturally does not have experience with the medical equipment.

Now it is up to the prosecution to establish how this company ended up in the medical equipment business or precisely, did it have a licence for trade in medical equipment, how the company acquired it and whether the contract with the Government was legal.

Bad news for the taxpayers’ money and the health system of BiH is that the ventilators cannot be used in the intensive care units of BiH as they do not meet the necessary standards, the investigation showed.

What raised a lot of dust is the fact that the affair turned into a political scandal, as the main suspect is the Prime Minister of the Entity Government, Fadil Novalić, alongside suspended Director of the Federal Department for Civilian Protection Fahrudin Solak and the CEO and co-owner of the “FH Srebrna malina”, Fikret Hodžić.

These three suspects were arrested and put into custody, however they were shortly afterwards released by the decision of the Court with the prohibitive measures, although the Prosecution asked for one-month detention.

In the meantime, the Prosecutor filed an appeal on this Court decision.

Officially, they are all under the investigation for associating for the purpose of committing a criminal offense, abuse of office, receiving a reward for trading in influence, money laundering and forgery or destruction of business documents and trade books.

As the Prosecutor told during the Court hearing, the investigation already determined that Prime Minister had been in the communication with the director of the “Silver Raspberry” Mr Hodžić, even before the official offer for ventilators was submitted to the Government and that the Government had also guaranteed the payment to the Chinese manufacturer before the contract was concluded.

The investigation also showed that ventilators procured are not those that have originally been in the contract, and that the contract and offer were changed afterwards.

“The least important thing was which respirators would be procured, but only that Fikret Hodzić procures them,” said prosecutor Džermin Pasić, and reported by Radio Free Europe.

Corruption scandal as a part of the political game?

As usual for the societies with blurred lines between the politics and the justice system, case was under great political pressure. Bakir Izetbegović, the leader of the Democratic Action Party (SDA) of which Prime Minister Novalić is a member, accused Chief Prosecutor Gordana Tadić that the investigation is based on the grounds of ethnicity, as Novalić is a member of the Bosniak community, while Tadić of the Croat community.

Commenting on the Izetbegović’s statement, Eldin Karić, Editor in Chief of the anti-corruption portal Žurnal, qualified this statement as populistic and modus operandi for SDA and other parties.

“The manner of the SDA is to protect its own crime by using the phrase that Bosniaks are endangered. All political parties in Bosnia and Herzegovina have the same model of behaviour”, Karić told.

According to the Radio Free Europe, Chief Prosecutor and her family have received threats afterwards.

Karić is not an optimist when it comes to the possibility for the case to have an epilogue and represent the beginning of a serious fight against crime and corruption.

“So far, every time behind the spectacular arrests was not the determination of the judiciary to deal with the corruption. Again, here we have the politicization of the judiciary, since the goal is to use the judicial system as a tool in the struggle of political actors in Bosnia and Herzegovina”, Karić explained.

He referred to the disappointing experience from the last year’s major affair “Horseshoeing”, which portal Žurnal wrote about, in which President of the High Judicial and Prosecutorial Council (HJPC) of Bosnia and Herzegovina Milan Tegeltija was filmed taking a bribe using intermediary in exchange for a service in the court process.

“Even the video of that, was not a sufficient reason for the Prosecutor’s Office of BiH to initiate a case against the first man of justice” he said.

The reason for this affair, Karić sees in taking control over the Central Election Commission of BiH (CIK), where in March this year two members were dismissed, and the two new members were elected against the will of Serb SNSD and Croat HDZ and with the support of the SDA party.

“It is obvious that with these dismissals, SNSD and HDZ lost the control over the institutions that manages the process of the elections in Bosnia and Herzegovina”, Karić said and added that now SNSD and HDZ are trying, in all possible ways  to nullify the decision and are pressuring the SDA.

“This arrestment of Novalić is partly because of the pressure on the SDA”, he concluded.

“Ventilators” affair: The consequence of the misused public procurement system

As European Western Balkans wrote previously, public procurement system in the region is a critical corruption zone, not just in times of emergency but in regular times as well, which was apparently exploited in the “Ventilators” affair.

During the pandemic, the Government of Federation allowed the medical facilities to procure equipment and materials without public call i.e. using negotiation procedure and this is how “FH Srebrena malina” was awarded with the contract.

Ivana Korajlić, Executive director of the Transparency International BiH, says for European Western Balkans, that TI BiH warned from the beginning that in this and other cases, exceptions to the application of the law have been abused, invoking Article 10, paragraph b, relating to the “security measure”.

“In this particular case, they directly contracted a deal with a company that neither had a license to trade in medical equipment at the time nor had any experience in procuring medical equipment, and thus could not give any guarantees for either delivery or quality”, she explained.

This eventually led to the delivery of medical ventilators that did not serve their original purpose, Korajlić said and added that if other procedures provided by the Law had been used, at least minimum standards could have been ensured and protection mechanisms and certain guarantees provided.

Korajlić also pointed out at the political motivation being crucial for the investigation.

“The investigation would not be initiated if there was no background political interest in prosecuting, which was shown in the end by the fact that not everyone involved in decision-making process was prosecuted or suspected” she explained.

Korajlić assumes that there is going to be a simulation of the investigation, and that in other cases, such as the procurement of a field hospital by Republika Srpska entity or other contracts concluded with companies that did not have licenses to trade in medical equipment, there won’t be interest to investigate and process.

What is certain is that this affair is the biggest corruption scandal in the Western Balkans since the “Extortion” affair in North Macedonia, where the Chief Special Prosecutor and the star of fight against corruption, Katica Janeva was arrested and put on the trial for abuse of authority and obtaining illegal property gain.

This affair is going to be an important test for the prosecution and judiciary of BiH, to prove if they can act independently, in spite of the political pressure and the politization of the fragile inter-ethnic relations by the political elites.

How much can Trump actually profit from an agreement between Belgrade and Pristina?

The Devil is in the details: EU mustn’t endorse Putin’s narrative used by Bulgaria in the scramble to grant candidacy to Ukraine