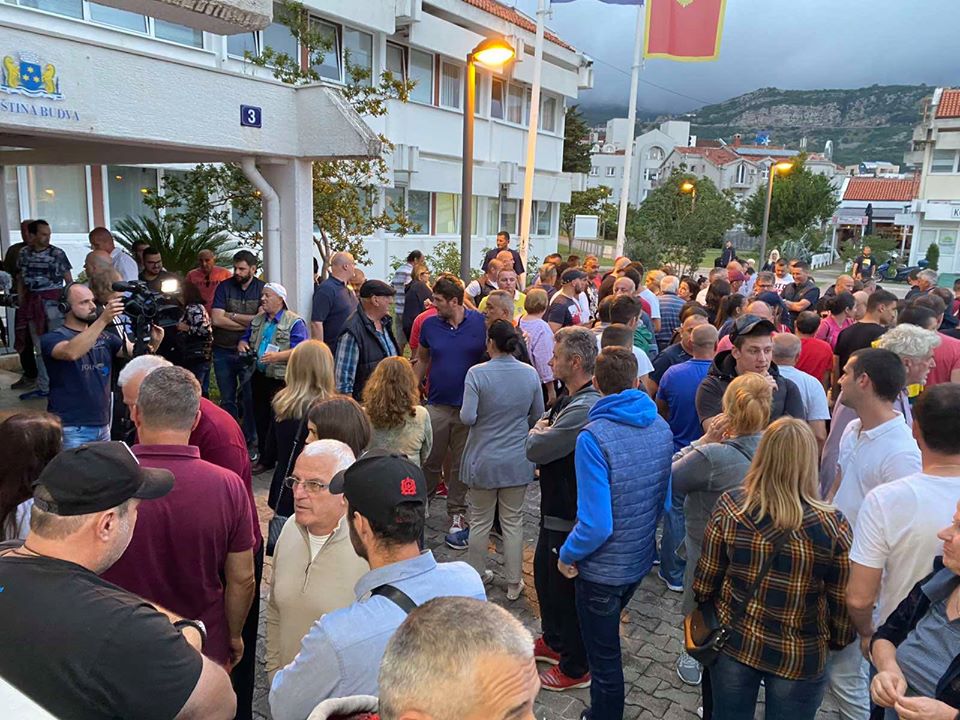 BUDVA – Montenegrin police arrested the president of Budva municipality Marko Carović and president of the municipal assembly Krsto Radović together with several associates this morning. Carović and Radović, representatives of opposition Democratic Front and Democratic Montenegro, refused to relinquish their positions and the seat of the municipality after they apparently lost the majority in the municipal assembly, claiming that the vote on their dismissal was not in accordance with the law.

Dramatic videos of arrest during which Radović and several other people resisted the police surfaced on the social networks on Wednesday. According to Vijesti, one of the people arrested, municipal secretary for investments Mladen Mikijelj, had a policeman’s knee on his neck, similar to George Floyd in the United States.

Opposition parties strongly condemned the act, blaming the regime of the Montenegrin President Milo Đukanović and the ruling Democratic Party of Socialists. At least two parties stated that this is the sign of sliding into dictatorship. Citizens gathered in front of the seat of the municipality, while the leader of the Democratic Montenegro party Aleksa Bečić urged the international community to react.

The arrested Carović and Radović spent the night in the seat of the municipality, refusing the relinquish their positions following a vote on 11 June during which 17 out of 33 local councilors supported their dismissal. The country’s ruling party, DPS, had been in opposition in Budva, but has managed to form a new majority with other parties.

However, Carović and Radović claimed that the vote, taken outside the local assembly and without the presence of other councilors was illegal and that the only regular procedure was a session of the municipal assembly called towards the end of May, which ended on 3 June without a conclusion and was scheduled to continue on 29 June.

On 3 June, DPS councilors submitted a request for a vote on the new president of the municipal assembly but the (former) majority claimed that the request was irregular since it was not signed by all 17 MPs, Vijesti reported. DPS councilors then left the session.

Parliamentary election in Montenegro are due to take place by the end of August or beginning of September.