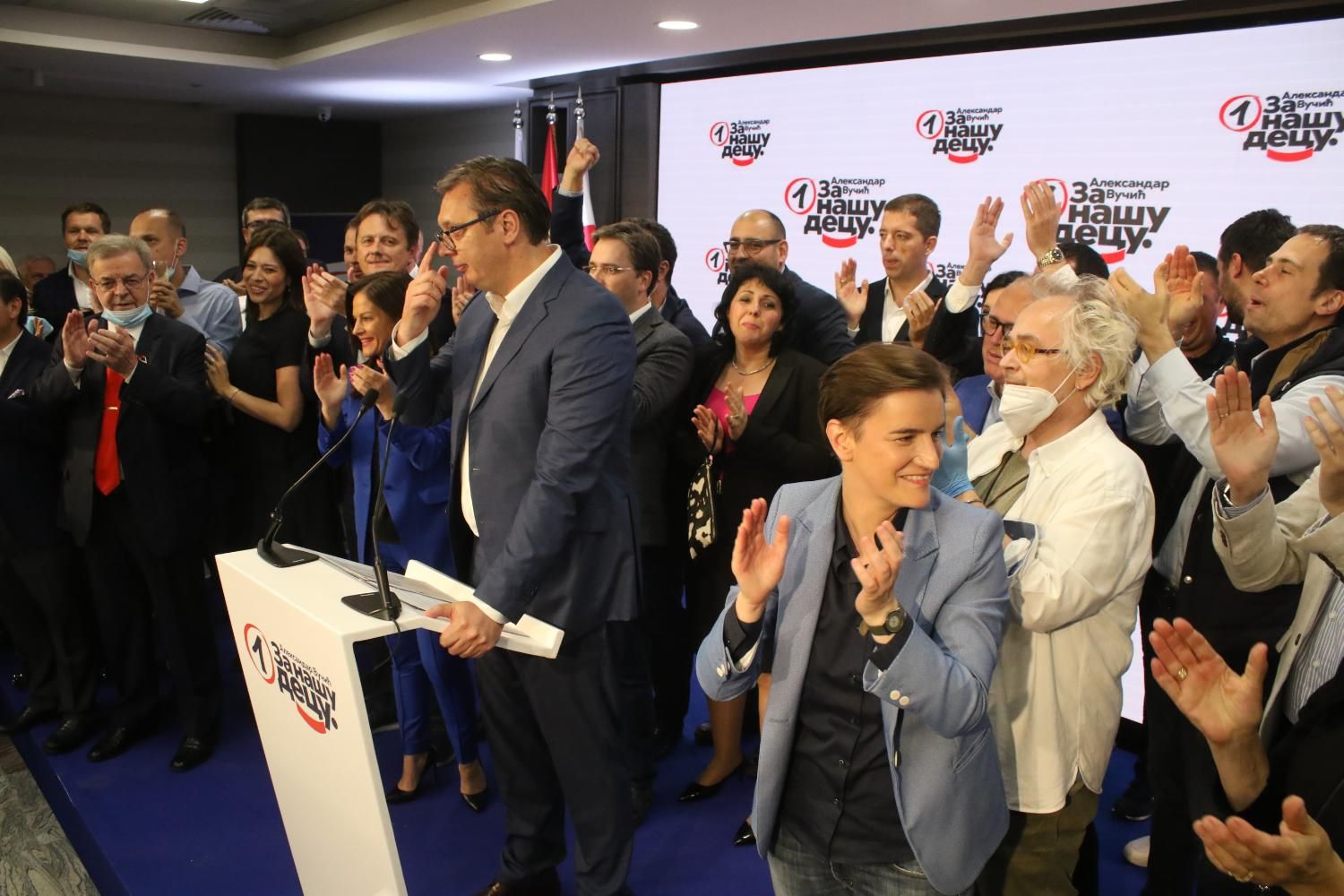 One person appears to have won the election. His face was everywhere, his name was on the ballot, though not as a candidate, and the virtual rallies were dominated by him. Aleksandar Vučić is the apparent winner of Serbia’s parliamentary election last Sunday.

While neither running for the election and president official standing above party politics, it was clear that the victory of Vučić was absolute. His party won around 62 percent of the vote, and gaining 191 of 250 seats in parliament, around 76% of the seats. The large majority opens the door to constitutional changes that would allow the regime, like in Hungary, to tailor the constitution to the needs of the ruling party.

His long-term coalition partner, the Socialists and their allies gained 10.4% and 32 seats, and the Serbian Patriotic Alliance, the vehicle of New Belgrade mayor Aleksandar Šapić gained 11 seats, just passed the 3% threshold with 3.64%. The threshold was lowered from 5% to 3% just weeks before the election in a transparent effort by the ruling Serbian Progressive Party (SNS) to boost the representation of minor parties in parliament to weaken the effects of the opposition boycott.

The remaining 16 seats are held by minority parties, which have a lower threshold. The only opposition in the Serbian parliament are two Albanian MPs from the majority Albanian municipalities of Bujanovac and Preševo, as the minority parties cooperated with the previous governments of the Progressive Party and Šapić also did not run against the government.

It is this resounding victory that makes the outcome a defeat for Vučić. A parliament without an opposition cannot serve as a fig leaf to legitimize the supposedly democratic rule of the president. Had more of the 21 running parties and groups entered parliament, such as the different far right and fascist groups or a few scattered democratic and reformists, the Progressive Party could claim that Serbia had a pluralist parliament. Now, it does not and thus reveals the authoritarian nature of the regime.

The opposition lost as well. While turnout was probably lower than official numbers, it was according to the independent monitoring NGO CRTA around 48 percent, thus 8 to 9 percent lower than previous parliamentary elections in 2016. This is a minor drop, that could not be claimed solely by the opposition, but rather also by COVID-19 and voter apathy. Clearly the main effort the regime has been to push up voter participation, as most irregularities CRTA noted focused on pushing up voter numbers and SNS official appear to have called potential voter on election day to pressure them to vote.

The boycotting opposition has succeeded in delegitimizing the opposition that participated, such as the Movement of Free Citizens headed by Sergej Trifunović that only gained 1.5% or the United Democratic Serbia that gained less than 0.9%.

At the same time the opposition that boycotted is far from united. The once large Democratic Party has been marred by infighting, including a scuffle at the party headquarter on election day between different wings. Otherwise, the opposition is an uneasy alliance between the far right Dveri, unpopular split offs of the previously ruling Democratic Party and few other groups. Now out of parliament, cut off from funding, without a clear strategy and few international allies and contacts, the opposition has a rough time ahead.

The EU is the final loser in the elections. Serbia has long been hailed, uncritically, as the front runner in the EU enlargement. Now, it is confronted with a parliament that lacks a democratic mandate and a regime, whose authoritarian nature has become more visible.

A joint statement of the High Representive Josep Borrell and Neighborhood and Enlargement Commissioner Olivér Várhelyi was strikingly critical, noting limited voter choice and media dominance of the ruling party.

The European Parties fell, unsurprisingly along partisan lines. The Socialists and Progressives correctly called the elections a mockery of democracy and demanded a slowdown of accession, whereas Donald Tusk of the European Peoples Party congratulated their party family associate SNS, only noting ominously “more power, the more responsibility.”

The enlargement process is seriously compromised by the elections. Serbia has been negotiating accession for more than six years, the same period during which democracy and rule of law has been backsliding by every indicator and all organizations monitoring democracy globally, including Freedom House, Bertelsmann Transformation Index, VDem Institute, and Economist Democracy Index.

The EU institutions, with the notable exception of the parliament, have been strikingly silent on this. If the EU returns to business as usual after the election, it will not only encourage the further consolidation of authoritarianism in Serbia, but also among others in the region, including Montenegro and Albania. More importantly, it suggests that the EU is not just struggling with keeping autocrats within the EU but also during the accession process, when more tools are available. To confront the authoritarian drift, the EU needs to engage with Serbia.

Back in 2014, the EU at first ignoring the authoritarianism of the Gruevski government and the eviction of the opposition. Only the 2015 wiretapping scandal triggered more sustained EU engagement. The risk is that in Serbia the political alternatives will become more Eurosceptic, as they see the government backed by the EU and its member states and as many of the parties already today oppose European integration.

A renewed EU engagement requires several components, namely a meaningful mediation between government and opposition on how to bring the opposition back into the political process based on tackling some of the most serious democratic restrictions. Furthermore, a rule of law mission, such as the Priebe report drafted in 2015 by independent experts that would identify the shortcomings and priorities for reform, and a follow process.

The European Party families should work together on their assessment of democracy rather than making democracy a partisan issue in the Western Balkans. Bipartisan statements and mediation by MEPs from the largest European Parties would reduce the risk of authoritarianism being further facilitated by partisan rift.

Finally, the Commission, the European Parliament and the Member States need to consider the full range of options regarding the accession talks themselves. These options include not opening new chapters in negotiations, a low-level signal. More serious would be to evoke the imbalance clause, which has been part of the accession negotiations for eight years. It allows talks to the frozen on all chapters if not enough progress is made in regard to rule of law.

Finally, the new methodology, set up by the Commission in response to France’s veto over accession talks with North Macedonia and Albania offers further tools to put pressure on accession candidates. It allows Member States to put negotiations in some areas on hold and re-open closed chapters, as well as reassessing funding and other benefits of cooperation. The most serious option would entail suspending accession talks altogether.

While the latter option might be counterproductive at the moment, it would be good to consider some of the intermediate measures. The suspension of accession talks, however, has to be a credible threat unless the Serbian government makes some clear and verifiable steps to restoring democratic institutions. Considering the tools the EU has available now to insist on the core values of the EU in the accession talks, not using them would cement the election result as a lost opportunity for Serbia and the EU.

Stoltenberg: Meeting of Vučić and Thaçi at the White House is the beginning of the end of the dispute 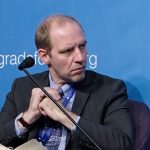