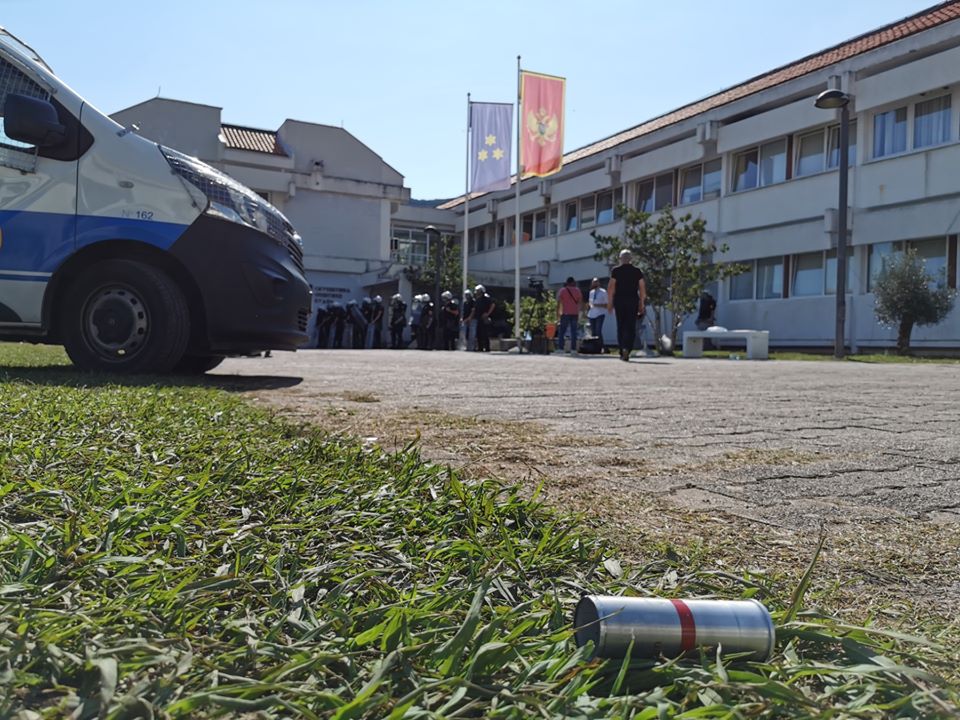 BRUSSELS – The European Commission (EC) has called on all political actors in Budva to show restraint and respect for the rule of law.

European Commission Spokeswomen Ana Pisonero said that the EU is closely monitoring developments in Montenegro, and especially in the Municipality of Budva.

“In this context, we call on all parties to show restraint and respect for the rule of law,” wrote Ana Pisonero on Twitter.

She added that any possible violations of the law should be dealt with by the competent state authorities, in accordance with national legislation and relevant international standards.

“As stated earlier, the EU calls on all political actors to show respect for the rule of law and democratic principles and to show political maturity to find a sustainable solution to the current situation through dialogue and in a spirit of mutual respect,” Pisonero said.

Several police officers were injured and dozens detained, including Democratic Front lawmakers Marina Jocić and Milun Zogović, over riots that broke out in several Montenegrin cities on Wednesday to protest the apprehension of opposition officials following this morning’s incidents in Budva.

Police used tear gas and arrested 18 people after riots broke out in front of the Podgorica Security Center when dozens of people gathered to protest the events in Budva. Protests also broke out in Nikšić, where the police threw tear gas, smoke bombs and used pepper spray to disperse the citizens, Vijesti reported.

Police said four police officers were injured in Nikšić, and demonstrations were also organized in Berane.

Democratic Montenegro Party said that during the protest in Nikšić, officials of that party were beaten and injured, one of whom suffered serious injuries.

According to Vijesti, about 200 citizens went to the city center in a protest walk. After Nikšić, a large number of people took to the streets in Berane to protest the mass arrests in Budva and Podgorica.

In Budva, there has been a struggle for days in the context of overtaking power at the city level.

Despite a new increase in the number of infected, no harsher measures in the Western Balkans