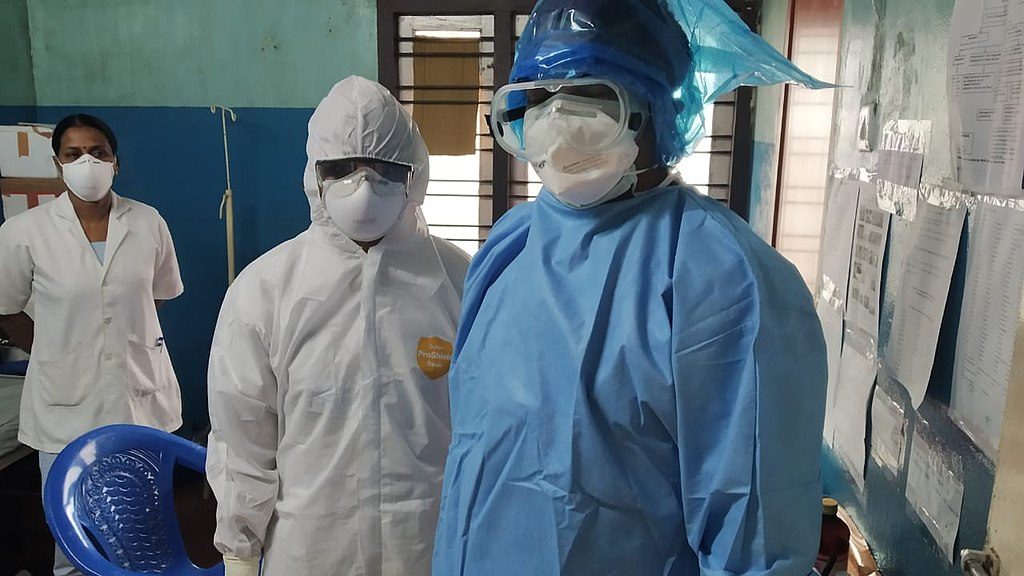 BELGRADE – On Monday, an article containing data from the official state information system obtained by the Balkan Investigative Reporting Network – BIRN, according to which the number of deaths and infections in Serbia from Coronavirus is multiple times higher than what has been publicly announced, caused an uproar in part of the public.

BIRN also wrote that the number of newly infected people in the week leading up to the parliamentary election on 21 June was several times higher than announced, which has led to assumptions that the numbers were concealed so that as many people as possible would participate in an already boycotted election.

Although President of Serbia Aleksandar Vučić told a news conference on 1 May that Serbia would not cover up the number of COVID-19 casualties, BIRN announced on Monday (22 June) that, according to internal Serbian government data, the total number of deaths was 632, which is 388 more than the officially announced number of 233 deaths.

A particularly significant figure in the context of Sunday’s election is the number of citizens infected in the week of 15-21 June, which ranged between 300 and 340 a day, far exceeding official figures of about 90 patients a day, BIRN claims.

Even according to officially published data, the number of newly infected in Serbia has been on the rise since 3 June, and in the last five days before the elections, it ranged between 91 and 96. At the height of the pandemic in Serbia in mid-April, the number was between 400 and 450.

If the numbers between 300 and 340 a day in the week before the elections are correct, it is comparable to the period of the second half of April, when Serbia was applying some of the strictest measures in Europe, including total lockdowns during weekends.

Precautions regarding COVID-19 in Serbia have been maximally relaxed after the lifting of the state of emergency on 6 May, with the Government allowing public gatherings and sporting events, including Adria Tour tennis tournament initiated by Novak Đoković, although warnings that the virus had not disappeared from the population continued to arrive.

Among the reasons for the boycott of the elections on 21 June, in addition to unfair conditions, the largest opposition coalition, the Alliance for Serbia, also stressed a great risk to the health of citizens.

On the morning after the elections, 22 June, Dr Predrag Kon, one of the most recognizable experts at the Crisis Staff of the Government of Serbia, announced that the situation was risky again, although on 3 June he declared the end of the epidemic in Serbia.

The number of newly infected returned to triple-digits on Tuesday, when the Crisis Staff held an emergency session, while on Wednesday it jumped to 143, 50 more than in previous week.

The lack of reaction in the weeks leading up to the election, when the number of newly infected continued to rise, and the vigorous response immediately after they took place, including an emergency session of the Crisis Staff on Tuesday and the announcement of the return of certain measures have not quelled suspicions that the Government reduced the number of cases known to the public so that the turnout in the election could be as high as possible.

The number of deaths:  Deception or methodological decision?

The main part of BIRN’s findings, however, concerned the difference between the official and the actual number of deaths, which, according to the data obtained by this research network, has existed since the first weeks of the epidemic in Serbia.

BIRN conducted a detailed analysis of the data from the information system, focusing on patients who died after testing positive. The biggest difference in the number of deaths was noticed at the Clinical Center in the city Niš, where, according to officially published data, 77 patients died from the virus, while the data obtained by BIRN show that the real number is apparently 243 people.

As a part of its research, BIRN said it had contacted the Minister of Health, the Prime Minister’s office, several experts, members of the Crisis Staff, but they did not respond to calls or refused to answer questions.

Doctors from the Crisis Staff explained the difference between the number in the information system of the Government and the one in public by methodologically distinguishing patients who died from COVID-19 disease and those who were positive to COVID-19 but died due to other reasons.

“When it comes to a contagious disease, we are talking about deaths that can be linked to infection. We also distinguish between the direct cause of death, the immediate cause of death and the various mediating factors, and this is the established methodology of the World Health Organization, which we
are following”, explained Dr Darija Kisić Tepavčević, N1 reports

When asked by this television, the World Health Organization replied, among other things, that the way cases are qualified depends on each individual country.

On 23 June, the opposition People’s Party announced criminal charges against Prime Minister Ana Brnabić and Health Minister Zlatibor Lončar for covering up the number of infected and deceased.