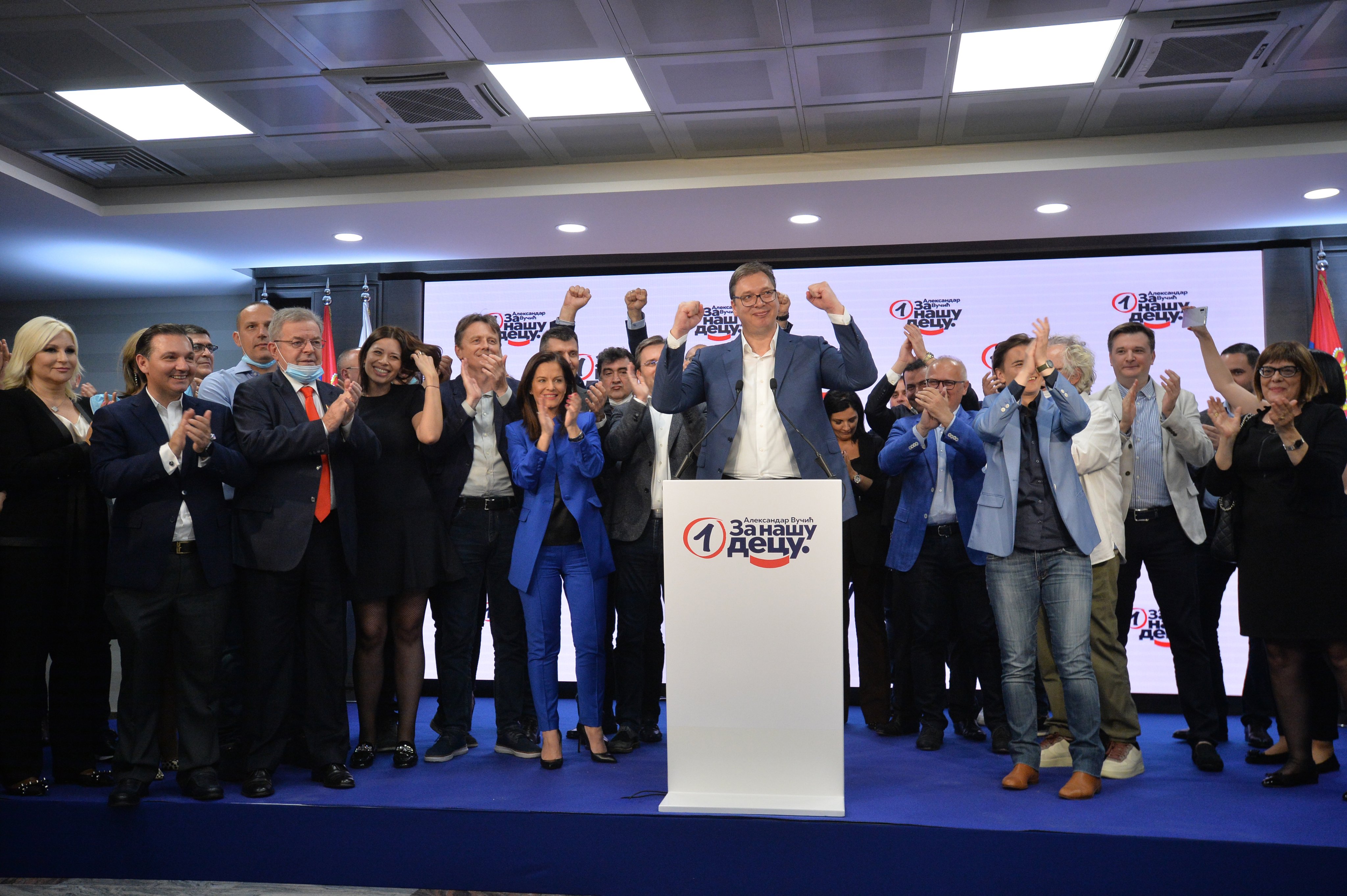 BELGRADE – Speaker of the National Assembly of Serbia Maja Gojković, Minister of Defense Aleksandar Vulin and Head of Government Office for Kosovo and Metohija Marko Đurić have tested positive for COVID-19, media report. All of them were present at the crowded victory celebration of the ruling Serbian Progressive Party (SNS) following the election on Sunday, 21 June.

Portal NOVA reported last night that Speaker Maja Gojković is hospitalised, while Vulin and Đurić are in self-isolation, having developed no symptoms so far, according to Danas.

Several additional government officials in the Ministries of Defense and Foreign Affairs, as well as the President of the Business Chamber of Serbia Marko Čadež, have also tested postive.

The presence of Gojković, Vulin and Đurić at the victory celebration of the ruling Serbian Progressive Party following the last Sunday’s elections, which featured no social distancing measures, has caused numerous comments on social networks.

A photo that is currently being shared extensively on Twitter shows Gojković, Vulin and Đurić in the company of Prime Minister Ana Brnabić and Secretary General of the President of the Republic Aleksandar Vučić, Nikola Selaković.

Media Advisor to the President of Serbia, Suzana Vasiljević, stated that the public will be notified on the health status of President Vučić, if it changes.

Following the elections on 21 June, Vučić attended Victory Day Parade in Moscow, where he met with President Vladimir Putin, as well as in Brussels, where he held meeting with President of the European Commission Ursula von der Leyen and Commissioner Olivér Várhelyi. Vučić also met with EU Special Envoy for the Belgrade-Pristina dialogue Miroslav Lajčak, who visited Serbia on Monday.

Von der Leyen with Vučić on the continuation of the dialogue, reforms and elections