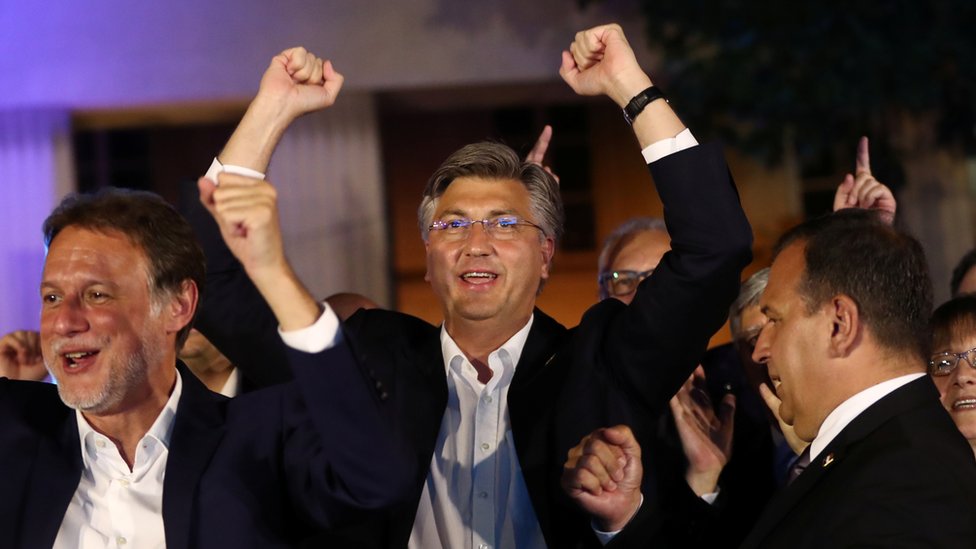 ZAGREB – The Croatian Democratic Union (HDZ) is a convincing winner of the parliamentary elections in Croatia held on July 5. With 66 seats won, three of them in the so-called diaspora, the HDZ can start forming a parliamentary majority, Radio Free Europe reports.

“This result of the Croatian Democratic Union is not only great but also binding. It is binding because we had a difficult mandate full of temptations for us, and the challenges facing us are probably even greater,” said HDZ President Andrej Plenković.

This result of the HDZ is the best in the previous two decades, and with it, HDZ can form the Government with the help of minority parties.

The Social Democratic Party of Croatia (SDP) experienced an election debacle. The SDP-led coalition of left-wing parties Restart lags behind the HDZ by as much as 25 seats.

The Restart coalition won 41 seats in the Croatian parliament, although pre-election polls indicated it would be the relative winner of this election.

“Of course, this result is bad for the SDP and the Restart coalition. I am not running away from responsibility and ready to just leave. We will discuss this at the party’s presidency on Monday,” said Davor Bernardić and resigned as SDP president. He congratulated Plenković and the HDZ on their election victory.

At the press conference after the session of the Presidency of the party, Bernardić said that elections would be announced for the leading man of the party, as well as that he would not run.

“Until the election, the acting president of the SDP will be Zlatko Komadina,” concluded Bernardić.