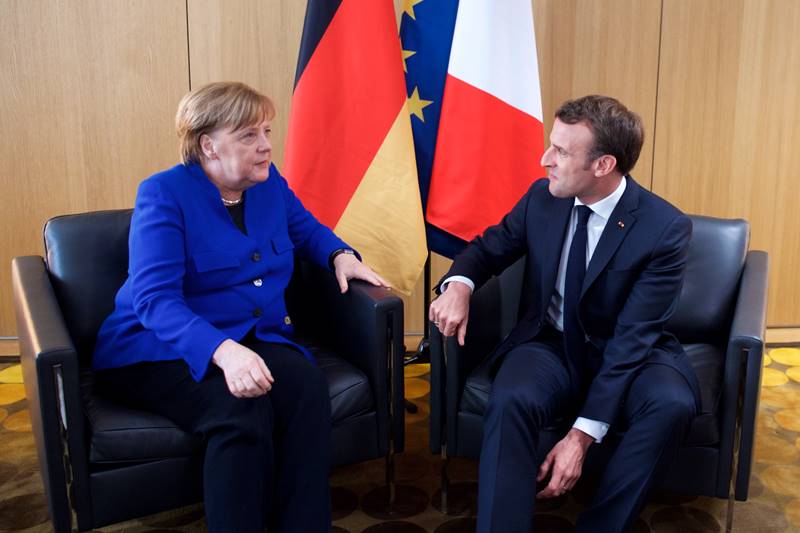 PARIS / BERLIN – President Vučić and Prime Minister Hoti agreed to resume the dialogue between Belgrade and Pristina that had been interrupted since November 2018. Their dialogue will continue to be supported by the European Union with the aim of normalizing relations between Serbia and Kosovo through a comprehensive, final and legally binding agreement, reads the joint statement of the German Chancellor Angela Merkel and French President Emmanuel Macron.

Macron and Merkel held a video conference with Vučić and Hoit, as well as High Representative of the Union Josep Borrell and the European Union Special Representative for Dialogue between Belgrade and Pristina and other regional affairs in the Western Balkans Miroslav Lajčák.

“President Vučić and Prime Minister Hoti agreed to deepen cooperation as part of ongoing efforts in numerous areas foreseen in the Berlin process as important confidence-building measures between the two parties”, the statement reads.

President Macron and Chancellor Merkel encouraged President Vučić and Prime Minister Hoti to make substantial progress in the negotiations over the coming months.

“Given that the normalization of relations between Kosovo and Serbia is extremely important for security and stability in the region and also of great importance for the prospect of EU accession for both countries, President Macron and Chancellor Merkel will continue to support the two Parties and the European Union are involved in this matter and are ready, if necessary, to hold another summit later in the negotiations”, the statement concludes.

Wadephul: The long stagnation of the Dialogue has worsened the situation in both Kosovo and Serbia

Peaceful protests across Serbia, a small group provokes clashes with police in Belgrade