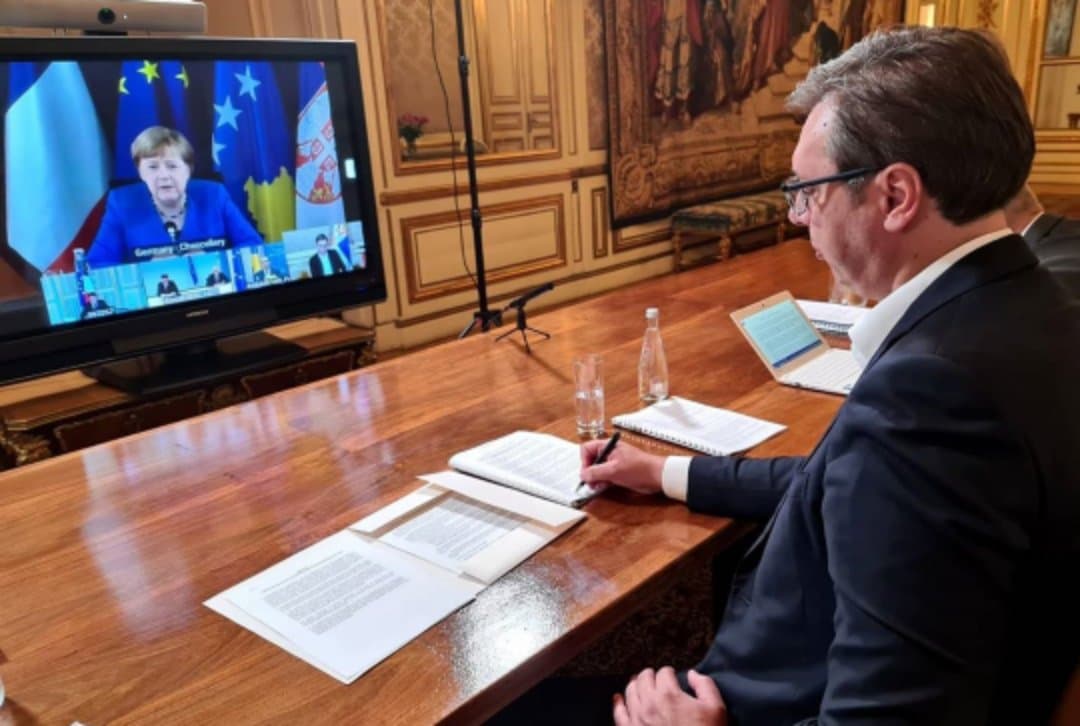 PARIS –  The Albanian side came out with demands for preserving the territorial integrity of Kosovo, the Constitution of Kosovo, mutual recognition, membership in the UN, that other EU countries recognize Kosovo, and only then will they deal with the missing, said Serbian President Aleksandar Vučić adding that if that is the essence, then everything is meaningless, Radio Free Europe reported.

Vučić pointed out that he is ready to discuss the improvement of relations, but there would be no talks on recognizing the ultimatum. The President of Serbia also announced that the Serbian side “will obviously have a lot of work and difficult tasks”.

Speaking about the views of French President Emmanuel Macron and German Chancellor Angela Merkel, Vučić underlined that they are the leaders of countries that have recognized Kosovo’s independence.

“They understand our position. Merkel and Macron are experienced politicians and they know what is real and what is not. We were not exposed to pressure from the two of them and I tried to respond to the ultimatums in a brave way. I think Macron and Merkel understood that. In any case, we must learn to talk to those who do not live in reality,” said Serbian President.

During the summit, Avdullah Hoti pointed out that since the beginning of the dialogue in 2011, Serbia has not shown true intentions towards the normalization of relations.

According to him, Serbia also postponed the process with the so-called purchase of time and the continuation of the campaign against the sovereignty of Kosovo.

“However, we remain committed to a peaceful process of normalization of our relations, which can only be achieved if Kosovo and Serbia respect each other’s statehood,” Hoti said.

According to RFE, Hoti pointed out that the new Government of Kosovo, by removing all customs barriers on goods from Serbia, gave a chance for dialogue and reaching a final, legally binding agreement between Serbia and Kosovo.

Várhelyi: Europe has not forgotten what happened in Srebrenica