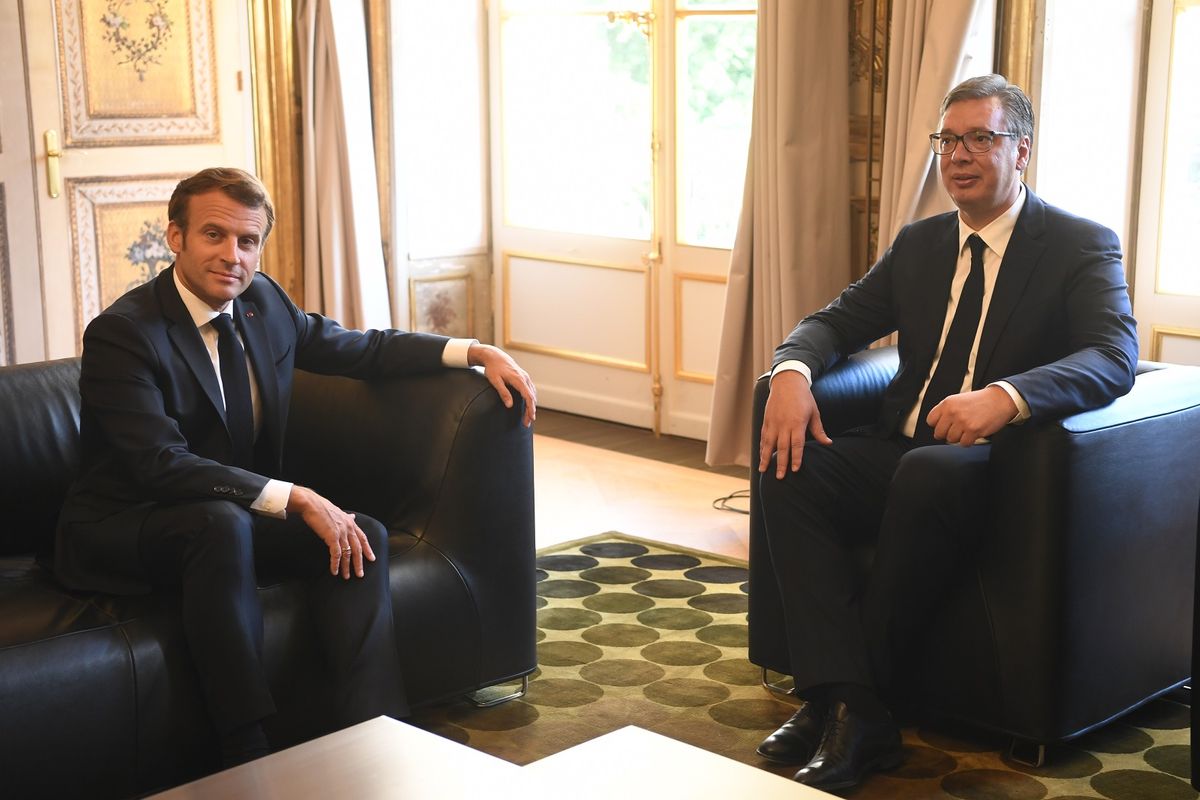 PARIS – President of Serbia Aleksandar Vučić stated last night that he informed President of France Emmanuel Macron that Serbia accepts the new methodology in negotiations with the EU.

“Important news, I informed President Marcon and I will officially confirm that at the Summit (with France, Germany and Kosovo) tomorrow that Serbia, as a country, accepts the new methodology, initiated by President Macron. And I think that caused additional respect and satisfaction of the French side”, Vučić said, RTS reports.

According to Vučić, that will mean that when Serbia opens economic and social chapters, for example, it immediately starts to have access to funds and everything else from those chapters.

“When we open those seven, then we proceed to the new five and then the new seven in some third area … It is better and more favorable for Serbia and incomparably more concrete, and that is the only important thing for the citizens of Serbia. I think the French hosts were satisfied”, stated Vučić, who held a bilateral meeting with the French President in Paris yesterday.

In addition to clustering the negotiating chapters in six groups, the new methodology also envisions stronger incentives from the EU in the event of candidate progress, but also negative consequences if the progress is lacking.

The new methodology puts an additional focus on the fundamental areas, including democracy and the rule of law, and gives the Member States more direct involvement in the process. It also envisages assessment of public support to the EU integration by the leaders of the candidate countries.

The initiative to change the policy of enlargement of the European Union was first launched by France after Macron blocked the start of negotiations with Tirana and Skopje. The change of methodology was optional for Montenegro, which already accepted it, as well as Serbia.

Thaçi to be questioned by Hague prosecutors on Monday

What to expect of the renewed Belgrade-Pristina Dialogue?