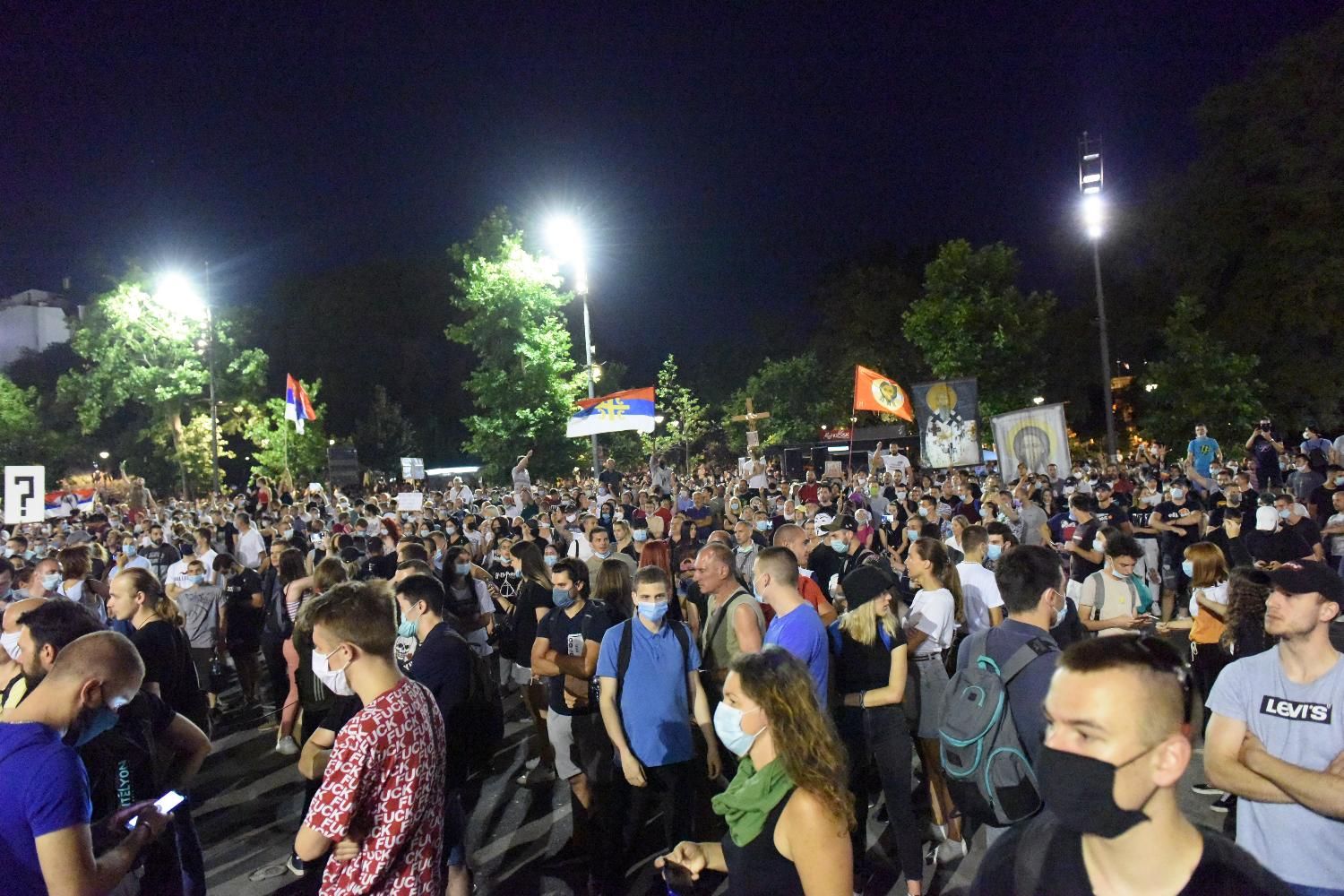 BELGRADE – While the violent police response and the disproportionate use of force were the main controversies during the first few days of the protests in Serbia, the main issue over the weekend have become numerous arrests, some of which have been described as completely unjustified.

The most controversial arrest, which prompted the reactions of both civil society and political organisations, has been that of Vladimir Mentus, member of the Institute of Social Sciences from Belgrade and Sociological Scientific Society of Serbia.

According to the latter organisation, a video recording it possesses shows that Mentus, who was arrested during the night between Saturday and Sunday, did not participate in any actions against police, nor any other violent action. He was just present on the spot of the police intervention in front of the National Assembly of Serbia, Danas reports.

Nevertheless, Mentus was sentenced for 30 days in prison under urgent procedure, without the right to an attorney, and taken to prison immediately on the next morning.

“Such actions of the police and urgent court proceedings without protection of the rights of those arrested represent a flagrant violation of human rights, undermine the legal system of the Republic of Serbia and represent another example of usurpation of institutions,” the statement of the Sociological Scientific Society of Serbia reads.

Institute of Social Sciences, as well as UNESCO Bioethics Department, have demanded release of Mentus as well.

Another controversial arrest included a student activist Igor Šljapić, who was also taken into custody on Saturday night and sentenced to 30 days in prison even though, as the student initiative he is a part of claims, he only stood in front of the National Assembly with a placard reading “Stop violence”. According to Šljapić, he was also not given a right to attorney and the police forged the accusation against him.

President of the opposition Democratic Party Zoran Lutovac stated on Saturday that he had been a witness of at least three cases of unjustified arrests. He has called upon the citizens to join him in front of the Central Prison later on Monday to show solidarity with the people arrested, some of whom are Democratic Party members, and demand their release.

The opposition gathered in the Alliance for Serbia coalition has set up a phone contact for its lawyers’ team, offering free legal assistance to the citizens arrested or disproportionately attacked by the police.

Yet another controversial deprivation of freedom included a student of the Belgrade Faculty of Law Nemanja Vučković, who was held by the Security Information Agency (BIA) and the police for longer than legally allowed four hours on Thursday night for calling the students to participate in the protests. He was subsequently released.

Protests drop in size, right-wing groups more prominent than at the start

The first protest in Serbia was held when the citizens spontaneously gathered in front of the National Assembly building in Belgrade on Tuesday, 7 July, following the announcement that the new curfew would be introduced after weeks of controversies over Government’s handling of the COVID-19 crisis.

During the next several days, protests spread across Serbia, including most of the major cities. Without a leader or a unifying message, the gatherings of the citizens soon started to attract different groups and individual citizens, who have been expressing their various discontents with the rule of President Aleksandar Vučić, described as increasingly authoritarian.

Right-wing groups accusing the President of a “betrayal” of Kosovo, which they regard to be a part of Serbia, have been present at the protests from the start, although during during the first three days they have been a clear minority and were not leading the protests.

Due to drop in the number of citizens gathering during the weekend, these groups gained in prominence. The protests, however, are still heterogeneous.

High level of participation of young people, an unusual development for the anti-government protests in Serbia, has been reported.