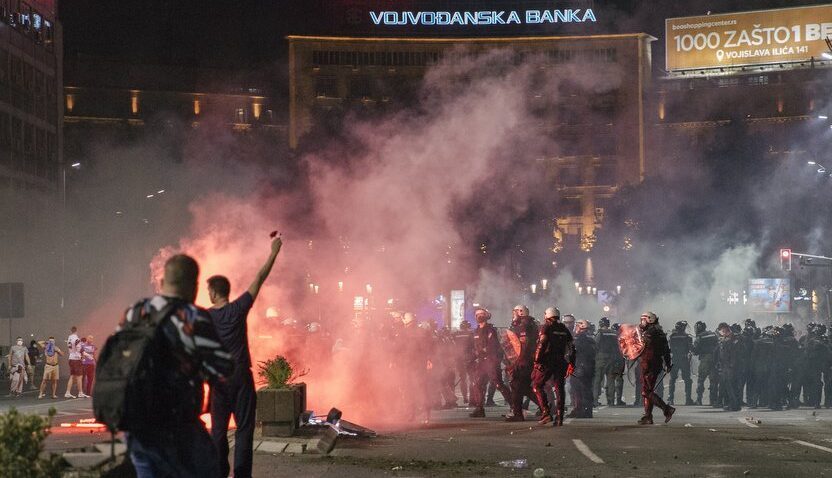 BELGRADE – It can reasonably be expected that the results of the elections in Serbia on 21 June will lead to a political crisis, while the trust in government policy on fighting the pandemic has been dealt a serious blow in recent weeks, seven civil society organisations from the country wrote in a letter to EU institutions on Monday.

The CSOs invited EU to remain true to its own founding values and norms and demand concrete track record in implementation of rule of law and fundamental democratic principles in Serbia.

Only democratic Serbia, firmly relaying on democratic institutions, will be able to resolve its outstanding regional issues. Whoever claims differently, does not care about the stability of Serbia and the region.

“The protests throughout Serbia are a result of a major loss of trust in government institutions, especially when it comes to fighting the COVID-19 pandemic. Reports by investigative media point out at manipulation of statistics on coronavirus cases and deaths, especially in the weeks prior to the 21 June parliamentary elections. Serious suspicions that numbers were reduced and restrictive measures revoked before the elections in order to ensure high turnout dealt a massive blow to the citizens’ trust in official statistics and government policy on fighting the pandemic”, wrote the organisations.

They pointed out that, after parliamentary elections on 21 June, there will be no opposition in the Serbian parliament and large parts of the Serbian society will no longer have their representatives in the highest legislative body.

“Not only has one part of the opposition, unsatisfied with electoral conditions, boycotted the elections, but the electoral process was seriously compromised by unusually high number of irregularities and suspicions of electoral fraud. Independent observers have already classified these elections as the most irregular in recent memory, and it can reasonably be expected that their results will lead to a significant political crisis. Incumbent political leadership displays no willingness to accept the reality and deems these elections as a “historical victory”, thus showing lack of preparedness to engage in a badly needed broad societal dialogue about the future of Serbia’s democracy”, the CSOs stressed.

They also wrote that brutal police violence against protestors in Belgrade which took headlines around the globe is disturbingly reminiscent of the events in Serbia in the 1990s and does not belong in a democratic country which aspires to EU membership.

“This escalation of violence, where peaceful protestors find themselves between the police and a small violent group can in aforementioned circumstances easily spiral out of control. The use of force was brutal and disproportional. There are serious indications about involvement of parts of security services and organizations close to the ruling political parties in provoking violence”, the letter reads.

“Having in mind recent developments, we find our messages more relevant than ever. Unless serious efforts are made to improve the state of democracy in Serbia and bring the dialogue back in legitimate institutions where it belongs, the current crisis could deepen, and Serbia’s EU path could be jeopardized in years to come”, they concluded.