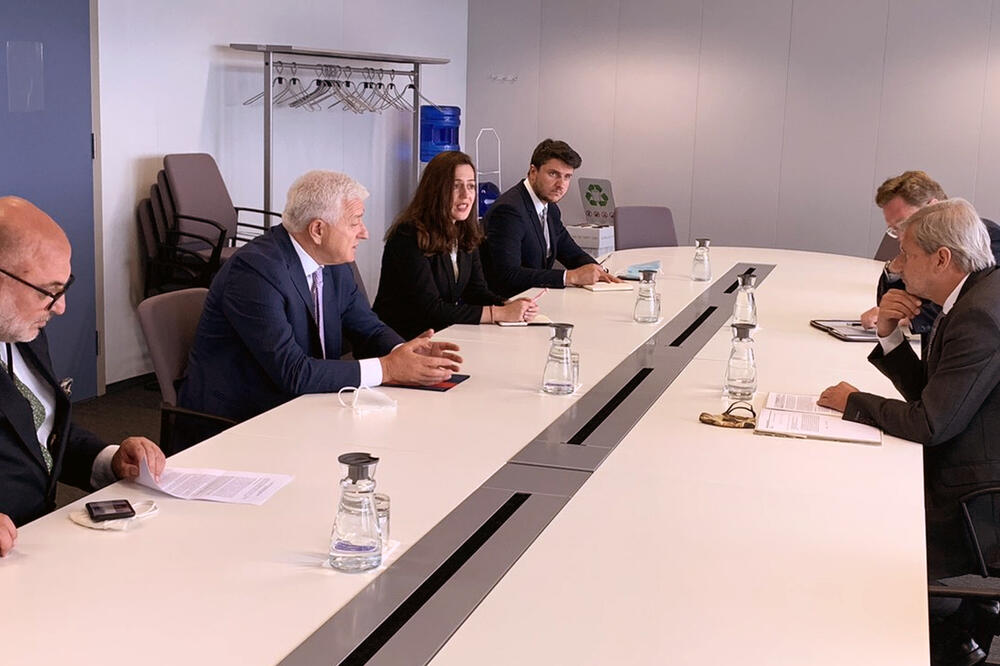 Marković and Hahn, Photo: The Government of Montenegro

PODGORICA – Prime Minister of Montenegro Duško Marković ended his official visit to the institutions of the European Union, after the meeting with EU Commissioner for Budget and Administration Johannes Hahn and an informal meeting with EU Special Representative for the Belgrade-Pristina Dialogue and the Western Balkans Miroslav Lajčák, the Montenegrin government announced.

Marković said that he was pleased to exchange opinions on current topics with Hahn.

“Montenegro and the region of the Western Balkans have a friend and supporter of our European path in him,” Marković said after a meeting with Hahn at the European Commission headquarters.

According to the Government’s statement, the Prime Minister assessed the informal meeting with Lajčák as cordial, saying that he was a friend of Montenegro and an excellent connoisseur of the region.

“His work as the EU Special Representative for the Western Balkans and the Belgrade-Pristina Dialogue is crucial for resolving the remaining open issues in the region. He will always have the full support of Montenegro when it comes to that”, said Marković.

Roth: Democracy in the Western Balkans is in our interest

Fajon: The EU needs to bring the Western Balkans to better life