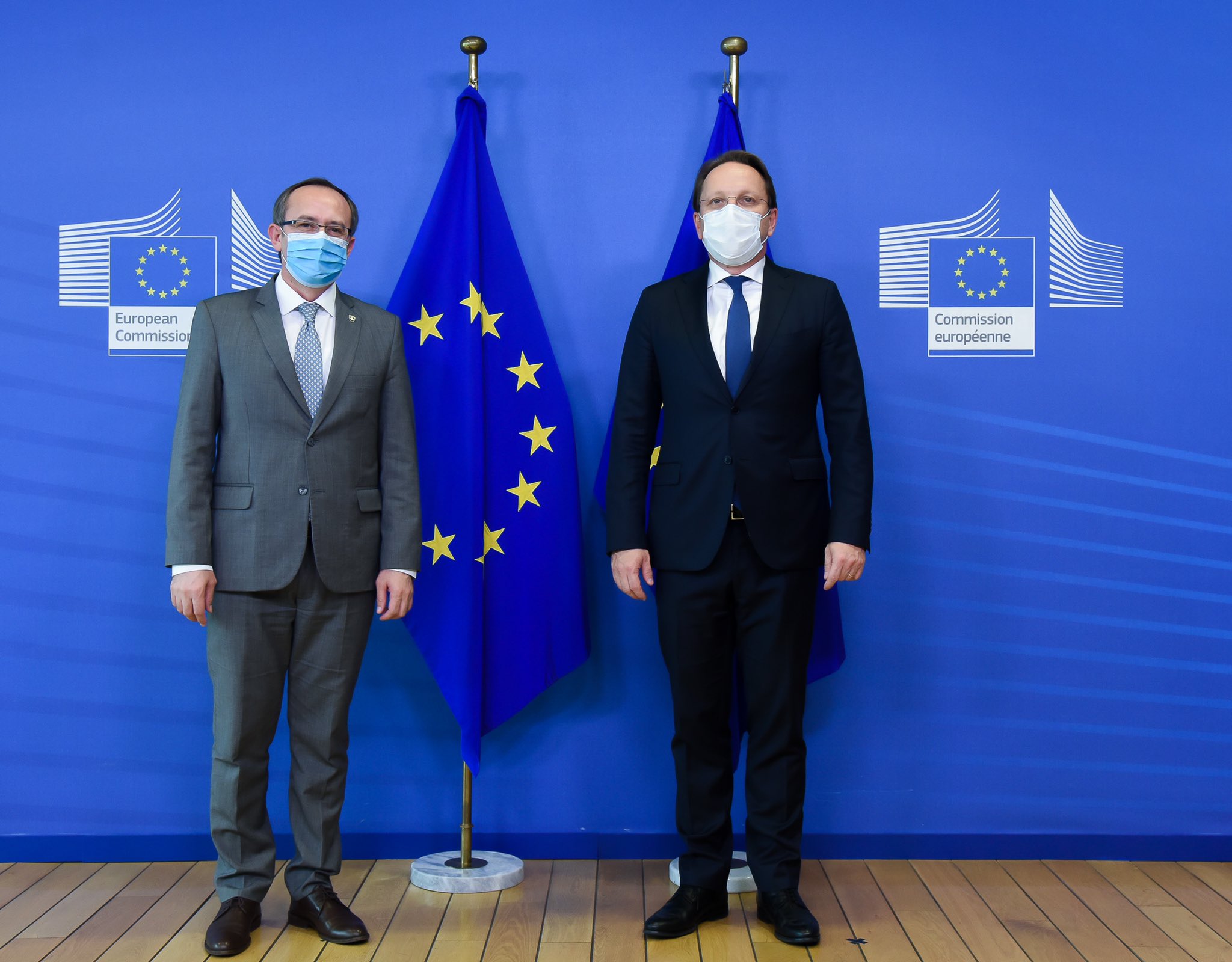 “We also agreed on working together on strong reform agenda for Kosovo,” Várhelyi wrote on his Twitter account.

Good exchange of views w Prime Minister of #Kosovo @Avdullah Hoti today on fight against #COVID19, preparations for Economic & Investment Plan to be put forward in autumn and regional cooperation. Also agreed on working together on strong reform agenda for Kosovo. pic.twitter.com/Zr1PedKTBI

According to a press release of the Kosovo Government the main topic of discussion was visa liberalisation.

“Prime Minister Hoti stressed the urgent need of concluding this process, as one of the most important issues for Kosovo in its relations with the European Union,” according to the Government’s statement.

Hoti emphasised that Kosovo citizens are committed to the Euro-Atlantic integration adding that the EU should take necessary steps and enable Kosovo citizens move freely.

Substantial mtg w @eu_near Commissioner @OliverVarhelyi on the situation with #COVID19 and for the #visalib process for our citizens. #Kosovo is determined on its Euro-Atlantic path, therefore it is important for the #EU to to ensure free movement for the citizens of Kosovo. pic.twitter.com/Akufp1yCpD