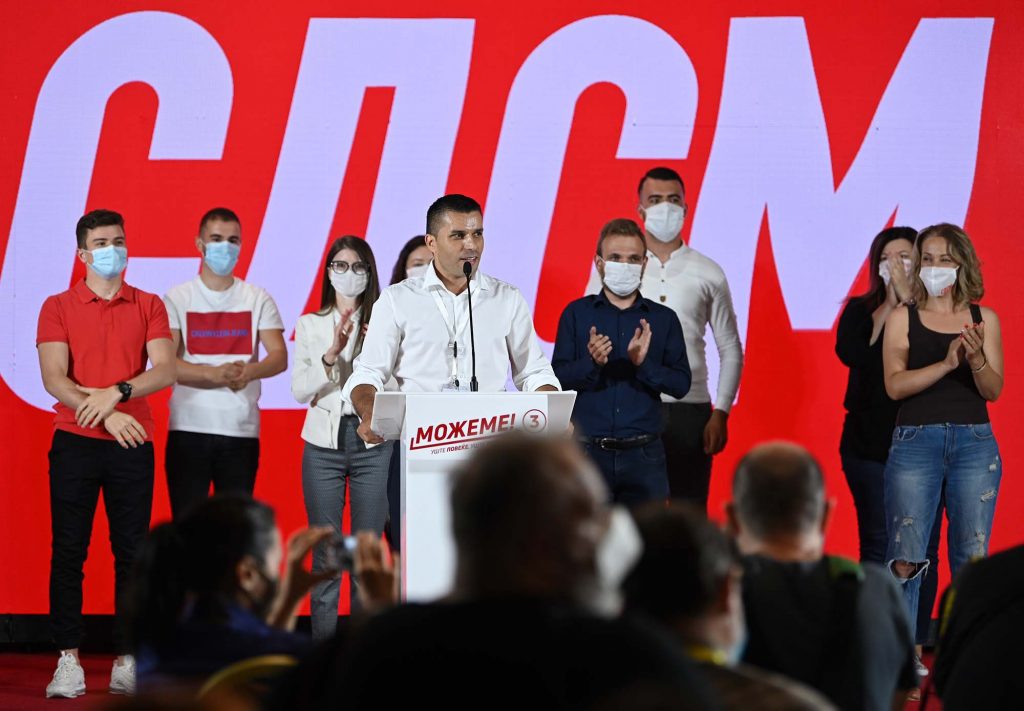 SKOPJE – The coalition of the ruling Social Democratic Union of Macedonia (SDSM) appears to have won the most votes in the parliamentary election, with 36,61% of the vote at 70% of the polling stations counted. With the opposition VMRO-DPMNE being less than a percentage point down, at 35,88%, and the Albanian Democratic Union for Integration third at 10%, the new parliament will probably be similar to the old one.

The President of the State Election Commission Oliver Derkovski said at a press conference around midnight that 70% of the polling stations in the country have been counted so far, and that the two biggest parties are neck and neck. The turnout seems to have just crossed 50%.

Secretary General of the SDSM Ljupčo Nikolovski declared the victory of the coalition “We can” (SDSM-Besa).

“On 75% of processed data from today’s crystal clear and European election day, it is clear – we are winning,” Nikolovski said at a press conference.

Earkier, Secretary General of VMRO-DPMNE Igor Janušev declared that his party is leading with 10.000 votes at 20% of the polling stations and noted “irregularities of different nature”.

According to META, for now it can not be predicted what is the distribution of seats in the six constituencies due to the narrow difference in votes. The Coalition “We can” of SDSM and Besa party leads in four out of six constituencies, but the lead is mostly narrow.

There are six constituencies in Macedonian elections, each represented by 20 MPs.

SEC President Derkovski stated at the press conference that the live results monitoring website had been taken down due to an “attempted external attack”, but until this was confirmed, he would not further speculate on the issue.

He said the attack had not caused problems with the vote count, as the data collection application was not attacked.