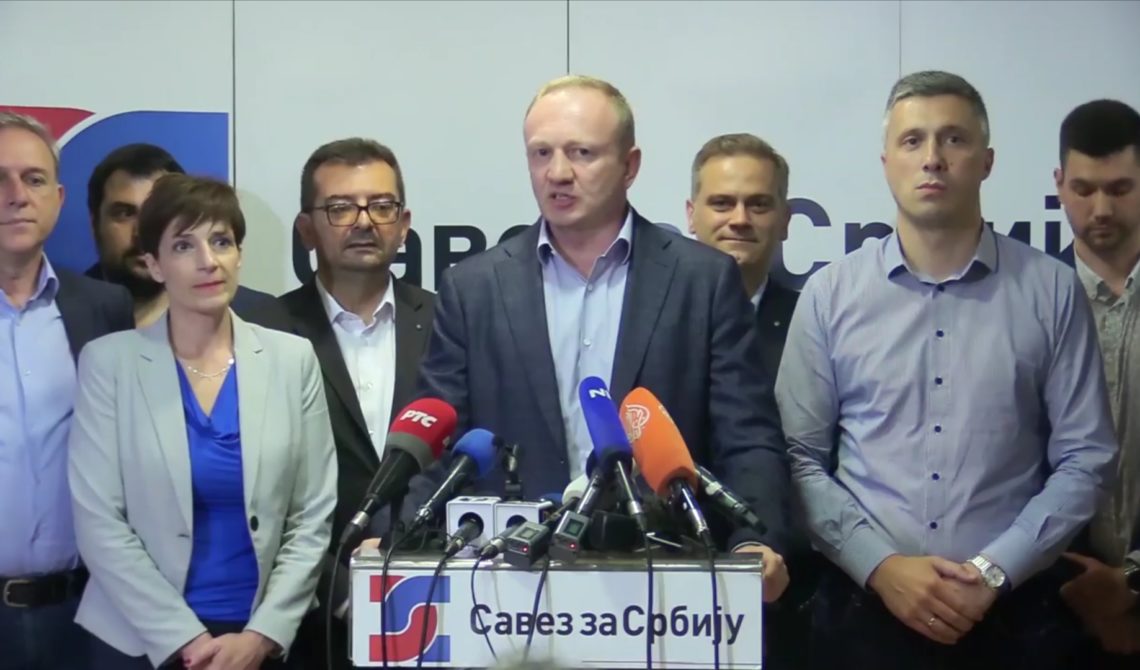 BELGRADE – Opposition parties and organisations in Serbia sent a letter to the European Commission in which they expressesed deep concern over the erosion of democracy in Serbia and call on the European Union to form expert groups that would help resolve the political crisis in the country, N1 reports.

“We are deeply concerned about the erosion of democracy in Serbia and we believe that without democracy, the rule of law and freedom of the media, Serbia has no future in the EU. We propose to our European partners the establishment of new instruments that would address two essential problems that have led to authoritarianism in the country”, the letter reads.

As the European Western Balkans has learned, the letter was signed by the Freedom and Justice Party, the Democratic Party, the People’s Party, Dveri, the Movement Preokret and the “Sloga” Trade Union, as well as the Civic Platform and the Free Serbia Movement.

The opposition also warned that Serbia is a captured state in which President Aleksandar Vučić unconstitutionally holds all power in his hands, that Vučić and his associates control almost all electronic and print media that serve as their propaganda outlets by various unconstitutional mechanisms.

The Serbian government is strengthening control over state institutions and is actively stifling media freedom, the letter added, noting that the government has prevented the introduction of democratic standards necessary for EU membership.

“The media controlled by the authorities largely ignore criticism coming from EU institutions regarding the lack of progress in terms of democracy and the rule of law,” the opposition wrote.

The opposition requested that the EU forms an expert group to report on the state of democracy and the rule of law, and recalled that a similar report (authored by Reinhard Priebe and his team) played a key role in resolving the political crisis in North Macedonia, which is comparable to Serbia’s due to high levels of corruption and cover-up of data on the COVID-19 pandemic, N1 reports.

The opposition also requested that the EU forms another expert group to review the state of the media and identify major problems such as lack of transparency of ownership, bias of public services and televisions with national coverage, regulatory bodies and state control of private media.

“We believe that these two reports would be the starting point for the EU’s engagement in resolving the political crisis in Serbia, providing clear political assessments and outlining the main problems,” the letter concluded.

S&D, Renew and Greens MEPs support the request of Serbian opposition for EU expert reports on rule of law and media