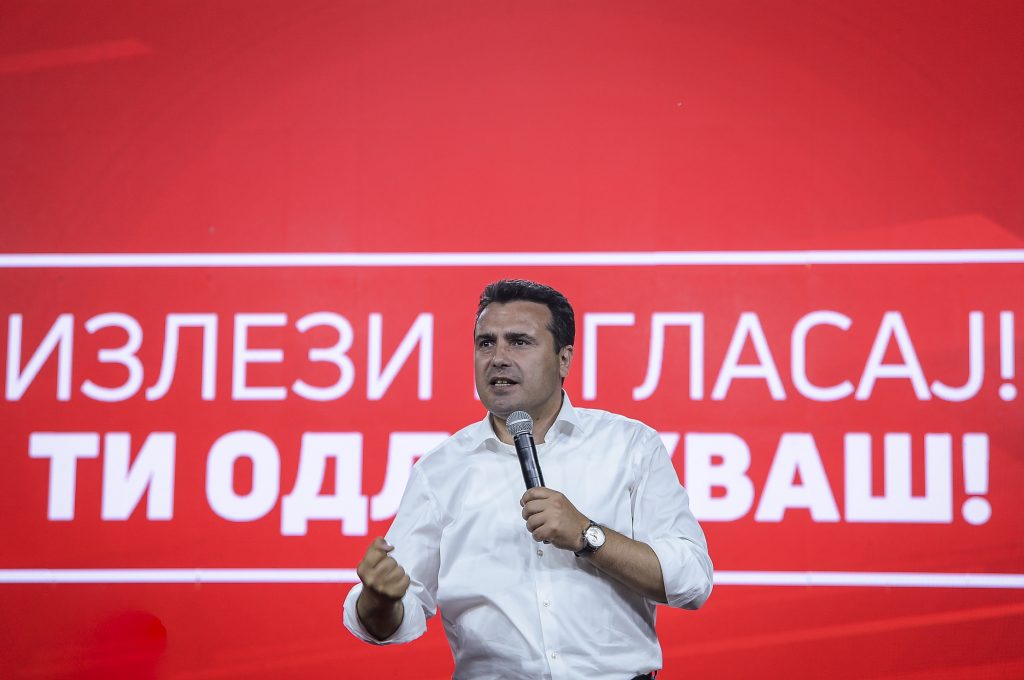 SKOPJE – Leader of the Social Democratic Union of Macedonia (SDSM) Zoran Zaev, whose party apparently returns to the Government, held a victory speech last night, in which he stated that the future had won.

“The citizens came out and voted for unity and solidarity, for order and justice, for a better today and a better tomorrow. We had elections as befits a NATO member state, peaceful, dignified, free and modern. Thank you all”, said Zaev.

According to the Central Electoral Commission’s projection, SDSM is going to have 46 MPs in the new parliament, opposition VMRO-DPMNE 44, while the Albanian Democratic Union for Integration (DUI) and Alliance for Albanians / Alternative have also closely split the vote of this community, winnig 15 and 12 MPs resepctively.

SDSM and DUI have been coalition partners in the government for the past three years, and right now they have just enough MPs for a majority (61).

“I am happy that the citizens recognised our good policies. It is time for all the dark and backward concepts to end in the past, and for the parties that offered such policies to start the process of renewal. The road is straight, but more and better work must be done. I assure you that we will continue to do so in the future, with many lessons learned and many problems solved. Wage growth follows. Mass cleaning of air, water and soil follows. An eco-state follows. We lend a hand to anyone who needs help. Even better public health protection follows. Negotiations with the EU follow. And finally, justice follows”, said Zaev, Plusinfo reports.

At VMRO DPMNE headquarters, the address was not given by party leader Hristijan Mickoski but by the party’s secretary general, Igor Janushev, who insisted that the alliance was not out of the race to form a government just yet.

“VMRO DPMNE enters into a fresh race to secure a majority for a new government,” Janushev said in a noticeably less celebratory atmosphere, Balkan Insight reported.

FES: Reopening accompanied by spike in COVID-19 cases in WB, no support for new lockdowns