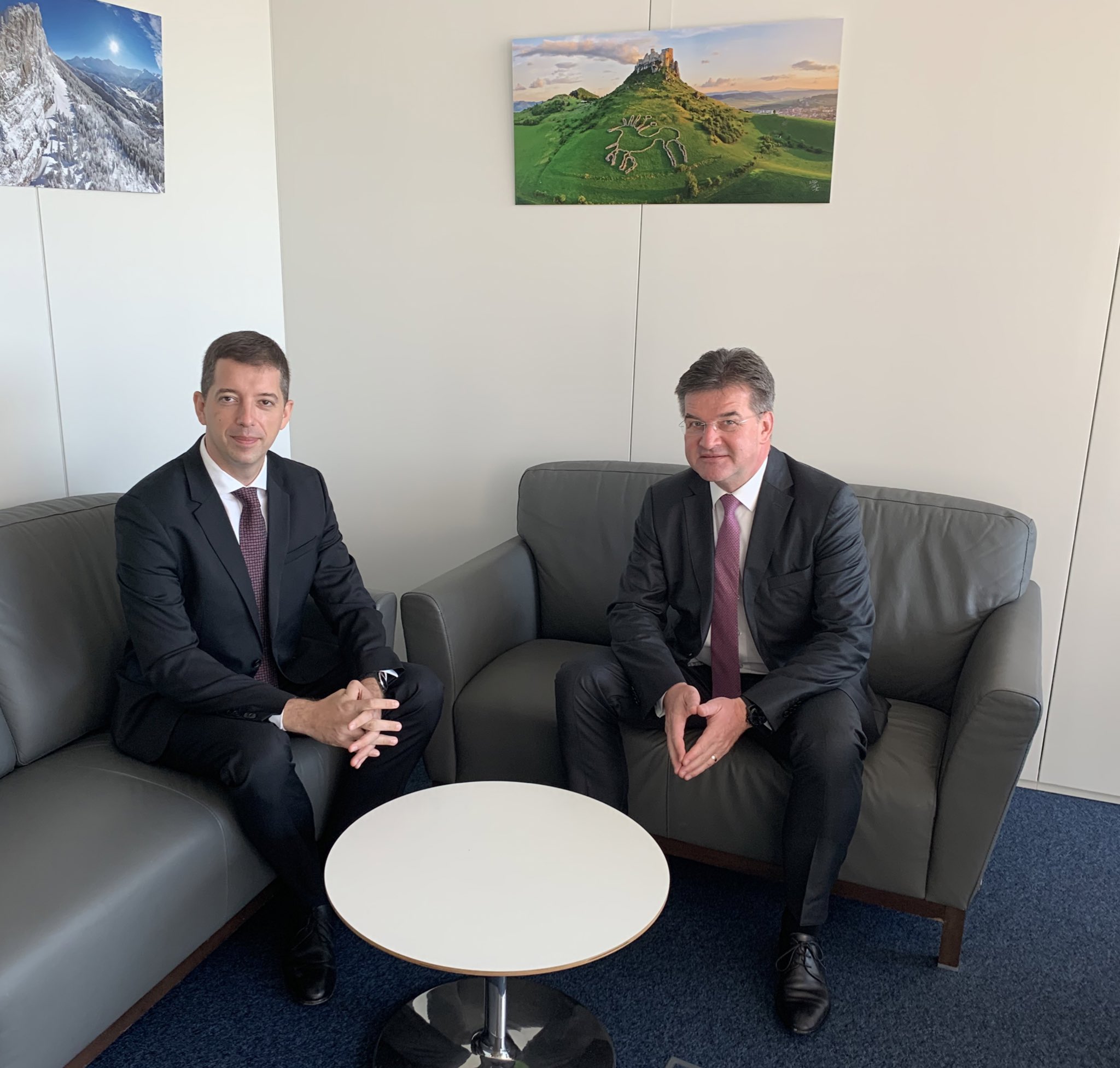 BRUSSELS – Bilateral meetings of the EU Special Representative for the Belgrade-Pristina Dialogue Miroslav Lajčák with the delegations of Serbia and Kosovo were held separately in Brussels today, they will be followed by a joint meeting at 2 pm, Radio Free Europe reports.

On his Twitter account, Lajčák announced that political talks continued at the expert level and that he was pleased to receive negotiators from both sides, Marko Đurić as the representative of Serbia and Skender Hyseni, the recently appointed Kosovo dialogue coordinator.

Today, we continue our political discussions at expert level. Pleased to welcome the negotiators of both parties, Skender Hyseni and Marko Djuric this morning. pic.twitter.com/ZJr7Mij2sH

The first meeting at the expert level within the political dialogue on the normalization of relations between Serbia and Kosovo is being held in Brussels, scheduled during the first round of renewed negotiations held on July 16 in the presence of Serbian President Aleksandar Vučić and Kosovo Prime Minister Avdullah Hoti.

EU spokeswoman for foreign and security policy Nabila Massrali confirmed that the meeting was the result of the consent of the leaders of Kosovo and Serbia to continue with intensive work at the expert level this week.

“Kosovo and Serbia have been invited to send their experts to continue discussing issues that have already been discussed at the level of leaders last Thursday. We would not share further information about the meeting at the expert level,” Massrali told RSE.

The dialogue was resumed after a 20-month standstill when Serbian President Aleksandar Vučić and Kosovo Prime Minister Avdullah Hoti held their first video-format meeting on July 12 to mark the official resumption of talks, while the two met physically in the European capital on July 16.

After the meeting, the EU Special Representative Miroslav Lajčák, announced that the teams at the expert level would continue talks in Brussels this week, and that the leaders would meet again in early September.