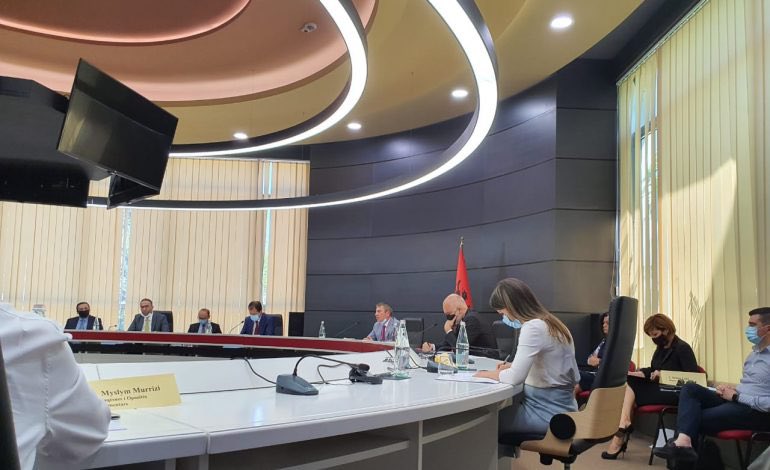 On Thursday, 23 July, Parliament of Albania voted to adopt the agreement on electoral reform reached by the parties on 5 June. It should have at least been a temporary end of a long process filled with setbacks and inability of the major parties to reach a compromise. It isn’t.

Under the mediation of the US and the EU, the agreement of 5 June was reached between the main parties – the ruling Socialist Party and the opposition Democratic Party and Socialist Movement for Integration. Adopting the electoral reform in accordance with OSCE/ODHIR recommendations has been one of the conditions for Albania to hold its first intergovernmental conference in the context of EU accession negotiations.

The agreement did not include the changes to Albania’s electoral system, but rather to more “technical” issues, such as voter registration, counting of votes and electoral administration. Despite this fact, it was a difficult compromise to achieve, taking months of negotiations in the Political Council, which was set up for this purpose. Between March and May, the work on electoral reform was suspended due to COVID-19 crisis.

“The amendments to the Electoral Code were painstakingly drafted after months-long negotiations between government and opposition. There was international mediation (EU, US, UK) which many think made it happen by injecting some confidence between the distrustful political trenches. The deal that was reached in principle on 5 June was greeted internationally by up to the level of US Secretary of State Pompeo and EU High Representative Borrell together with Enlargement Commissioner Várhelyi”, says Genc Pollo, a long-time Democratic Party MP and former Minister, for European Western Balkans.

The date originally set by the parties to reach the agreement was 31 May. Even though the delay was relatively short, it was still reflective of the hard negotiations and low level of trust. On 31 May, ruling and opposition parties held a four-hour meeting, which was finally abandoned by the representative of the Democratic Party, who said that the Socialist majority is not ready to give up on its privileges.

Agreement of 5 June, thus, was an opportunity to ease the situation. Nevertheless, it got complicated once again only weeks later.

“The agreement of 5 June does not foresee a change of the electoral system. Nonetheless, Prime Minister Edi Rama has lately announced plans to change the electoral system by supporting the proposal of a number of parliamentary opposition MPs. These proposed changes are not part of the agreement of 5 June”, explains Blerjana Bino of the Center Science and Innovation for Development.

In early 2019, most of the opposition MPs abandoned the mandates they won in the 2017 parliamentary election, citing, among other issues, vote-buying and voter intimidation. Those MPs who remained in the parliament have been pushing for a change of the electoral system, with MP Rudina Hajdari repeatedly advocating for the open-list system to be adopted.

Thank you. It’s not my way, it’s what 🇦🇱 ppl want for a more democratic system in #Albania that serves our people and our institutions to have a better representation, and not be subject 2-3 chairmans that have destroyed pluralism of thought and has divided our country & people. https://t.co/XBQWtXWeuJ

Right now, the ruling Socialist Party is backing the idea as well. However, the proposals are, to say the least, controversial.

“The changes aim to eliminate pre-election coalitions between parties and raise the threshold to enter parliament from 3 to 5 per cent. The changes also promise to give voters the possibility of choosing between MPs on parties’ lists”, Bino explains.

Currently, the parliament’s 140 members are elected for a four-year term through a closed-list proportional representation system in 12 multi-member electoral districts. Transitioning to the open-list system, which the Prime Minister and the parliamentary opposition highlight as the main feature of this reform, would also include amending the Constitution, which currently states that the “ranking of the candidates in the multi-name lists may not be changed after the submission of the list to the respective electoral commission”.

Such a measure seems to give the party that manages to get the most votes a significant advantage in calculating the seats regardless of how many votes it has received, Blerjana Bino says.

She adds that the potential increase of the threshold makes it impossible for small parties to enter Parliament, reminding that in 2017, only Socialist Party, Democratic Party and Socialist Movement for Integration obtained more than 5% of the votes.

“Rama intends to pass these constitutional changes on July 30, the last plenary session before the summer recess, claiming people want these changes, despite protests from the main opposition parties and several EU officials”, Bino explains.

Euronews Albania reported earlier that, although the proposed changes do not specify whether pre-election coalitions will be banned, such a thing becomes technically impossible as the ballot papers will have to include the names of candidates from all parties who may want to be a part of a coalition, instead of them creating a joint list.

“Annulling pre-electoral coalitions is a grave act. These coalitions have been part and parcel of the post-Communist pluralistic Albanian elections. Without such coalitions, Rama himself would not have been reelected as mayor of Tirana in 2007 and certainly not as Prime Minister in 2013”, says Genc Pollo.

Prohibiting these coalitions now would impair the Democratic Party led United Opposition which, he says, currently leads in opinion polls.

“Such a move is arbitrary and breaches the OSCE and Council of Europe rules. It will poison further the already very polarized political situation in the country and might put into question the next elections”, Pollo says, reminding that electoral reform and its good implementation have been a prime condition set by the EU for convening the first intergovernmental conference which should lead to the starting of accession talks.

“With the current imbroglio, sceptical Member States would have good reason to object”, he concludes.

During the past week, Prime Minister Rama repeatedly rejected that the electoral coalitions would be banned under the new system.

“The extra-parliamentary opposition (Democratic Party) and the presidential opposition (SMI, founded by incumbent president Ilir Meta), should not worry about the fate of pre-electoral coalitions, because no one will stop the united opposition from entering the elections together. But they will have to follow what the Parliament does. They like it or not, the Parliament decides”, Rama said.

He added that the Parliament is sovereign and that it listens to all sides, but that it makes the final decision.

“With open lists we allow citizens to decide who represents them and we guarantee the representation of women. This is only good for the country”, Rama defended the proposal.

He also criticised the opposition for, as he said, refusing to address the main recommendation of the OSCE/ODIHR, the depoliticization of the electoral administration, in the Agreement of the 5 June.

In its recommendations following 2017 election, OSCE/ODIHR stated that the election of non-partisan appointment of election commissioners and counting team members should be enabled.

The international community continues to follow the developments in Albania. Following yesterday’s adoption of the amendments to the Electoral Code, the EU officials, United States Embassy and OSCE/ODIHR welcomed the move, but also urged the parties to continue the dialogue on additional issues.

“We are familiar with additional proposals for reforming the electoral system. While acknowledging the role of Parliament in introducing additional changes to the electoral system, we urge all parties to continue discussions in the Political Council with the same inclusive and cooperative spirit demonstrated during the adoption of the June 5 political agreement. The process leading to additional changes should not harm the spirit and results of the June 5 agreement“, EU Ambassador to Albania Luigi Soreca stressed.

With further meetings expected to take place, it remains to be seen what will happen until 30 July and beyond. If the experience so far has shown anything, it is that the participants will probably not choose the easier way out.