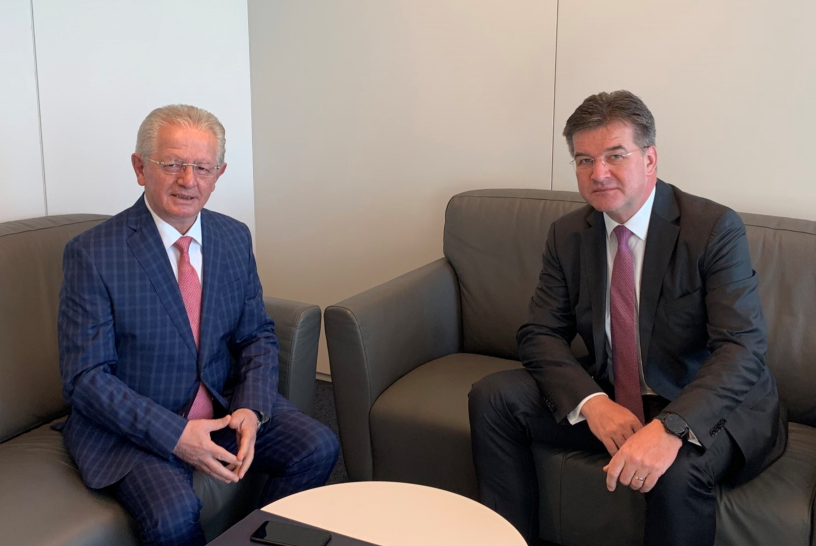 BRUSSELS – A joint meeting of EU Special Representative for Belgrade-Pristina Dialogue Miroslav Lajčák with Marko Đuric, the representative of Serbia and Skender Hyseni, Kosovo coordinator for dialogue, was held in Brussels yesterday, thus continuing the dialogue between Belgrade and Pristina at the expert level, KoSSev reports.

Director of the Office for Kosovo and Metohija of the Goverment of Serbia Marko Đurić stated that the Belgrade Delegation yesterday, within the technical talks with EU representatives in Brussels, reminded of the crime that happened in Staro Gracko 21 years ago, when 14 Serb harvesters were killed, and the fact that no one was ever held responsible for that, as well as many other terrorist attacks on Serbs.

The statement of the Office for Kosovo and Metohija adds that Đurić, as the head of the delegation, demanded from the EU to make efforts so that this and other crimes committed against civilians after the arrival of international forces in Kosovo would be solved and perpetrators prosecuted.

“The international community has a moral responsibility not to allow the crimes that took place before its eyes to be covered up and forgotten, because lasting peace in Kosovo and Metohija cannot be built on the negation of crimes and the need to punish the perpetrators,” reads the statement.

Hyseni: This is an extremely political process

After the meeting, the Kosovo coordinator for dialogue, Skender Hyseni, pointed out that this is an extremely political process, i.e. the final phase of negotiations on the normalization of relations, which will lead to reaching a legally binding agreement.

“This is a new moment. I’m talking about conclusion (completion). This is an extremely political process. There is nothing technical. And one day, when all the elements of a comprehensive agreement are agreed on, it will be clear that these are elements of one agreement to which everything else is subordinated,” Hyseni said after the meeting.

He believes that the process cannot be delayed by the parties “discussing separate topics”.

“There will be no agreement on certain points, unless a comprehensive agreement is reached. We are talking about an international legally binding agreement that both sides will be obliged to implement,” Hyseni said.

Bilateral meetings of the delegations of Belgrade and Pristina with Lajčák

Earlier yesterday, bilateral meetings were held between the representatives of the delegations of Belgrade and Pristina with the EU Special Representative Miroslav Lajčák, which started the first of two days of talks within the dialogue at the expert level.

As Lajčák confirmed on Twitter, bilateral talks were held in the morning in the building of the European External Action Service.

“Today, we continued political discussions at the expert level. I am glad that this morning I had the opportunity to welcome the negotiators of the two sides – Skender Hyseni and Marko Đurić,” stated Lajčák.