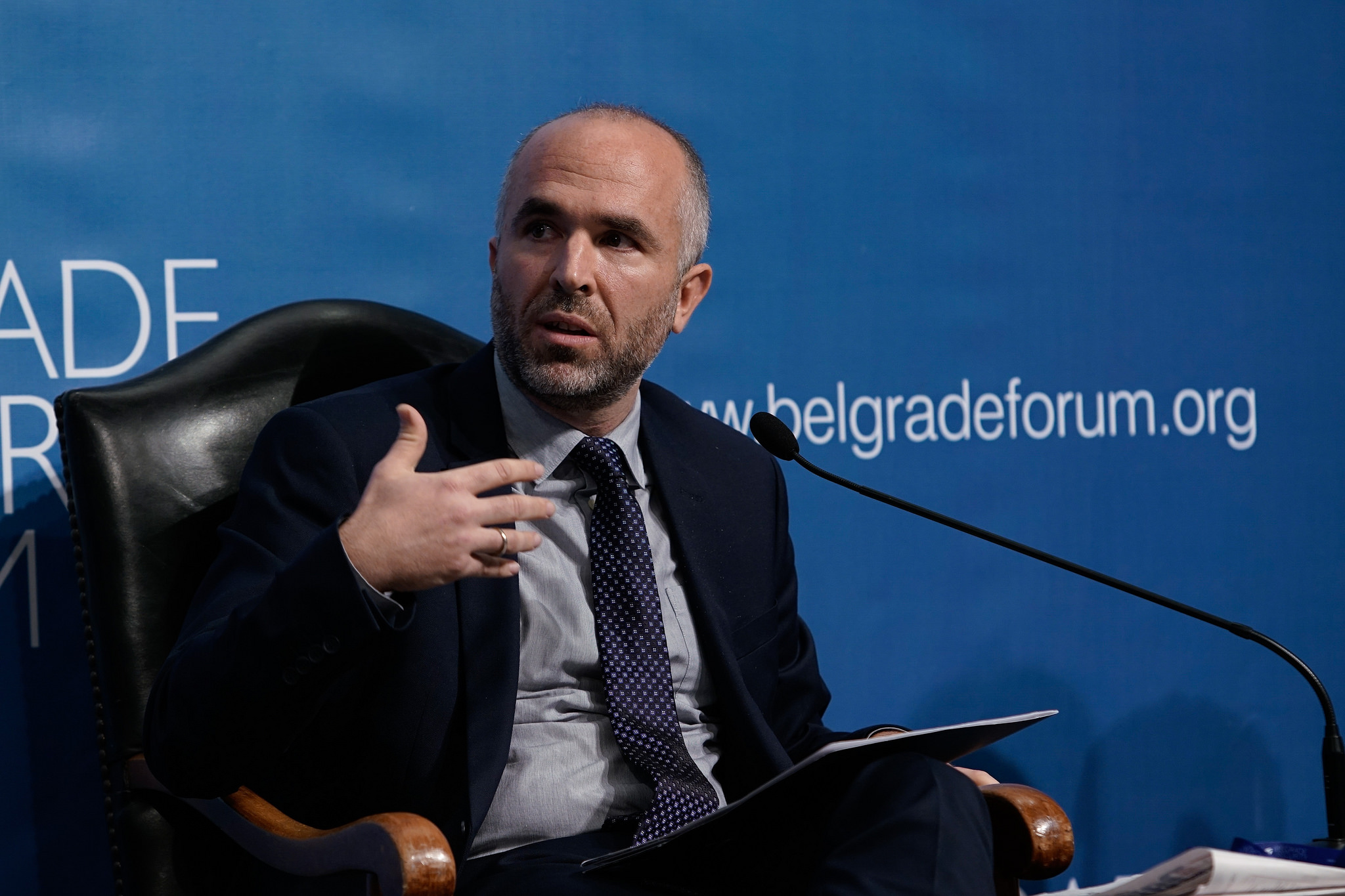 According to Srđan Cvijić, Senior Analyst at the Open Society European Policy Institute in Brussels and member of the Balkans in Europe Policy Advisory Group (BiEPAG), demands from the Serbian opposition for special reports on rule of law and media freedom will not lead to a fundamental shift in the position of the European Commission.

Speaking for EWB, Cvijić claims that it would nevertheless help the Serbian opposition if they would “unambiguously embrace pro-European policies” and stop courting Moscow.

“Until the largest group in the European Parliament, the EPP does not join the criticism against the regime in Serbia, I am not expecting a fundamental shift in the European Commission’s position”, Cvijić says.

He assesses that police brutality at the demonstrations served as an eye-opener for many who did not pay attention to the problem in the past.

The opposition requested that the EU forms an expert group to report on the state of democracy and the rule of law, and recalled that a similar report (authored by Reinhard Priebe and his team) played a key role in resolving the political crisis in North Macedonia, which is comparable to Serbia’s due to high levels of corruption and cover-up of data on the COVID-19 pandemic.

Srđan Cvijić states that the report alone can not replace the action by the very opposition and other political forces on the ground in Serbia.

“As long as the opposition is not truly united but continues fighting each other instead of the regime a substantial change is not likely to come. One should not confuse the low turnout in the elections with the support to the opposition”, Cvijić says.

He underlines that like in the case of North Macedonia, it would certainly help if the opposition embraced unambiguous pro-European policies.

“As long as this is not the case, as long as some in its ranks embrace nationalistic policies and appear to court Moscow, the regime will continue using this in its delegitimising propaganda and decisive support from Brussels will not come”, says Cvijić.

He adds that the existence of such reports like it was the case in North Macedonia with the so-called Priebe Reports And Urgent Reform Priorities, can add legitimacy to the opposition demands, and put an additional pressure on the government to improve the situation.

In a joint statement, they stressed that the European Parliament should support cross-party dialogue on strengthening the democratic pillar of the new enlargement methodology as a means to implement the EU reform agenda, by ensuring the widest possible societal consensus through the engagement of all the main Serbian political parties in the continuation of the EP facilitated Inter-Party Dialogue.

Srđan Cvijić assesses that the regime may try to establish a dialogue with the opposition if truly cornered by the international community in the process of negotiations with Pristina and if hard-pressed by the expected economic downturn after COVID-19.

“I do not expect such initiative from the regime to come lightly and even if it does it may not calm the possible internal tensions in the future since as we saw on the example of the recent demonstrations, the social discontent and rebellion. The creeping dictatorship is created entirely independently from the political parties, and the opposition that boycotted the elections may find it difficult to control such popular anger”, Cvijić concludes.