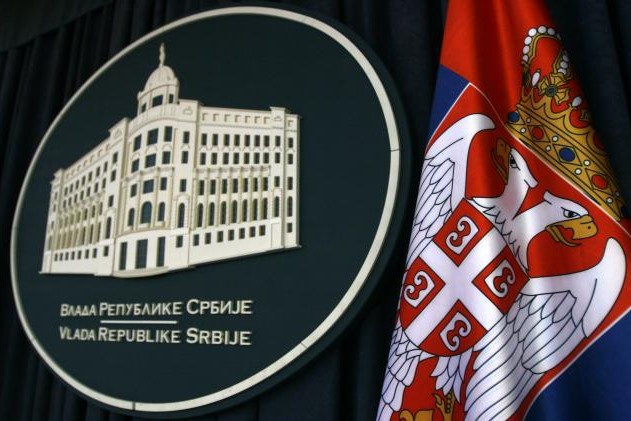 The Administration for the Prevention of Money Laundering of Serbian Ministry of Finance has drawn up a list of media employees and civil society organisations, including media associations, whose bank records it wants to thoroughly check, Newsmax Adria reported on Monday.

According to the report, the Administration is demanding access to the bank records over the past year to determine whether the CSOs and individuals are connected to money laundering or operations to finance terrorism.

It is noticeable that this list includes the names of many individuals and organizations that openly criticise the government. The CSOs on the list have almost exclusively been advocating Serbia’s accession to the EU and implementation of relevant reforms.

The CSO Civic Initiatives (GI) accused the government of abusing the mechanism for preventing money laundering and terrorism financing, in order to intimidate organizations, media and individuals who act as controllers of the government, asking the Serbian government to stop it immediately.

The settling with organizations and critical media in this way is an abuse of the legal mechanism and state resources, the Civic Initiatives claim.

Stojanović said for European Western Balkans that “for years, we have faced systemic attacks on both civil society organizations and the independent media”.

“Freedom of association and freedom of information have been seriously threatened in Serbia in recent years. Since the list includes organizations dealing with human rights, war crimes and monitoring the work of the government, as well as investigative media, it is clear that this is another attempt by the government to intimidate and silence anyone who is critical and stifle the last traces of freedom”, Stojanović pointed out.

She added that the work of these organizations and the media is in fact an indicator of the real intention of the government to make this list.

“There are well-known investigative media and journalists who point out inaccurate data that the state provides in the fight against COVID-19, organizations that provide free legal aid to citizens which the police beat up at the recent protests or organizations that support the fight to preserve rivers”, Executive Director of Civic Initiatives underlined.

She added that these actions of the Government of Serbia, which have no credible coverage or legal basis, are in fact just a meaningless excuse for the Government to make a list of ineligible through the abuse of legal mechanisms.

“These pressures are a continuation of the policy of the current government, which is making blacklists and settling accounts with dissidents,” the Executive Director of Civic Initiatives concluded.

Kmezić: The role of the so called ‘fourth branch of government’, embodied in strong civil society is crucial

Marko Kmezić, Lecturer and Senior Researcher at the Centre for Southeast European Studies at the University of Graz and a member of the Balkans in Europe Policy Advisory Group (BiEPAG) stressed that the latest moves by the Serbian government should be understood as further strengthening of existing political system based on the frequent violations of rule of law and state capture.

“It is apparent how absence of the democratic rule of law profoundly impacts politics in Serbia by acting as a break to democratic impulses, and by creating the regime-centred legal setting allowing for utter arbitrariness and violence of the ruling elites”, Kmezić explains.

He added that in such a setting where the structural weaknesses of fragile democratic institutions are purposefully exploited by authoritarian regime, the role of the so called ‘fourth branch of government’, embodied in strong civil society is crucial to unlock a new party dynamic that would enable break away from the established patterns of clientelism, informal networks and strong party control over media and state institutions.

“Through these lenses one should observe the iron fist which the regime is using to fight their political opponents, let us just remember the infamous case of Krušik factory whistleblower, Aleksandar Obradović, or the unprecedented use of brute force in suppressing the latest anti-government protests in Belgrade and other major cities, or the latest case of intimidation of CSOs critical of government’s policies,” reminded Kmezić.

He stresses that in all of these incidents there is a common mantra under which every government’s conduct and action, no matter how controversial, is at least formally in agreement with positive legal order.

“In this sense, it is clear that it is more material aspects of the rule of law such as guarantees for a strong civil society, and protection of the effective performance of the various state agencies from potential obstructions and intimidation by powerful State actors – that are missing today in Serbia”, Kmezić concluded.