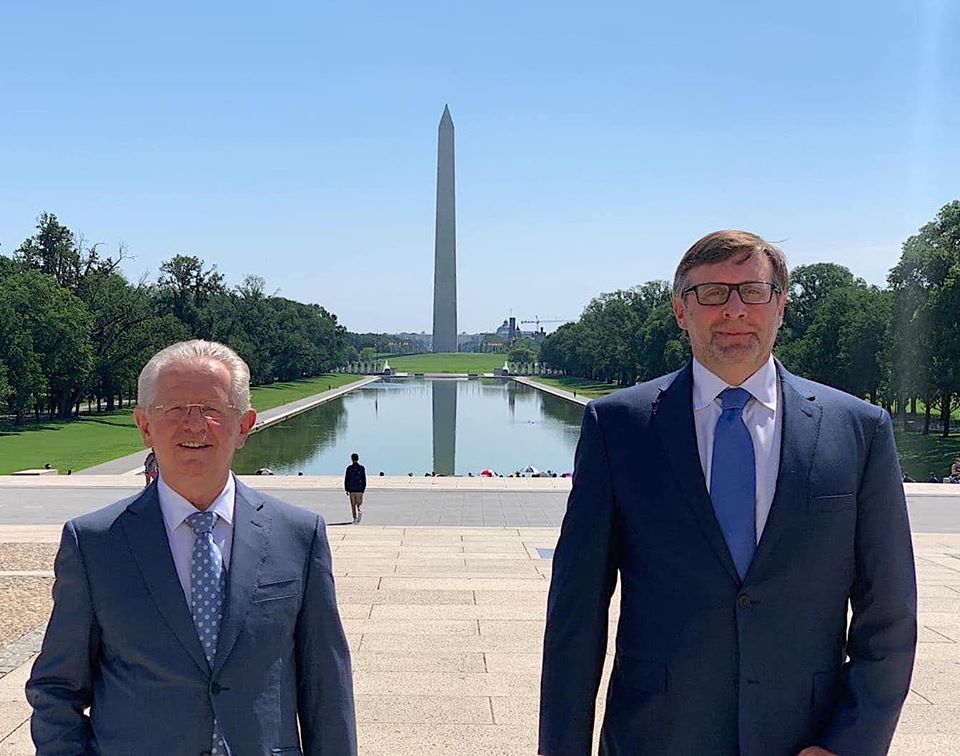 WASHINGTON – Kosovo State Coordinator for the Belgrade-Pristina dialogue in Brussels at the expert level, Skender Hyseni, met yesterday in Washington with the US Special Representative for the Western Balkans Matthew Palmer, KoSSev reports.

The topic of conversation was the coordination of moves related to the course of the dialogue so far, while Hyseni also asked Palmer to keep the United States present at the negotiating table.

“After informing him about the current course of the dialogue in Brussels, I had an open and comprehensive conversation with Mr. Palmer with the aim of coordination and striving for the dialogue to gain new momentum, without delay, to discuss and agree on the main issues of the comprehensive agreement on mutual recognition and normalization of relations between the Republic of Kosovo and Serbia,” Hyseni wrote on Facebook.

“He added (Palmer) that America will be with us during this process, strongly supporting a fair, sustainable and comprehensive agreement,” Hyseni said.

He confirmed that he also met with other American officials in Washington, with whom he also discussed the dialogue in Brussels, but also the events in the region.

Kosovo state coordinator for Belgrade-Pristina dialogue announced his visit to the US a day after the second round of talks at the expert level ended in Brussels, with the aim of informing American officials about the dialogue and coordination for future meetings.

The process of dialogue between Belgrade and Pristina was renewed on July 16 in Brussels, after a 20-month standstill, when Serbian President Aleksandar Vučić and Kosovo Prime Minister Avdullah Hoti met, in the presence of EU officials Josep Borrell and Miroslav Lajčak.

The missing persons, displaced persons and economic cooperation were discussed at this meeting, but it was also agreed that the expert teams of Belgrade and Pristina would then meet to further elaborate on these issues, which happened in the last two weeks as well. A new meeting at the expert level is expected at the end of August, while Vučić and Hoti will meet again in September.

Opposition parties and the EPP criticize constitutional changes in Albania