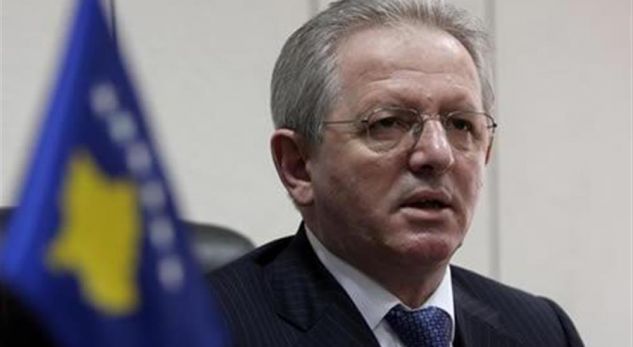 WASHINGTON – As part of his visit to Washington, Pristina’s coordinator for dialogue with Belgrade, Skender Hyseni, spoke by phone with the US President’s Special Envoy for the Belgrade-Pristina Dialogue Richard Grenell, who, as Hyseni stated, is still strongly committed to dialogue, KoSSev reports.

The topic of conversation was the dialogue between Belgrade and Pristina and the economic development of the region.

“Ambassador Grenell is still strongly committed to the dialogue between Kosovo and Serbia, which should end with mutual recognition,” Hyseni wrote on Facebook, adding that normalization of relations through economic development and support for investment projects remain the focus of Grenell’s agenda.

Stano: The EU and the USA have the same goals

“The path to the European Union for Kosovo, as well as for Serbia, passes through a dialogue made possible by the EU, which, as a facilitator of dialogue, has been cooperating with Belgrade and Pristina since 2011 on a comprehensive agreement for the normalization of relations. The participants in the dialogue are representatives of Kosovo and Serbia, and they were welcomed by Borrell and Lajčák,” Stano told Gazeta Express.

According to him, they welcome all initiatives to support the dialogue made possible by the European Union.

“The United States is an important partner for the EU,” Stano said.

He added that they have the same goals for the region, that the support of the USA for the dialogue under the auspices of the EU is welcome, and that they should communicate with the American partners on that issue as well.

Stano reminded that the dialogue between Pristina and Belgrade, which was organized and enabled by the European Union, continued with two high-level meetings, as well as that there was a meeting at the expert level. Meetings of expert teams, as he stated, will continue at the end of August.

Haradinaj does not trust Hoti

The leader of the Alliance for the Future of Kosovo (AAK) and former Kosovo Prime Minister Ramush Haradinaj assessed yesterday that Kosovo has returned to the technical dialogue with Serbia, but he emphasized that he does not trust the current Prime Minister Avdullah Hoti regarding the dialogue, FoNet reports.

Haradinaj told RTK that he will not support the dialogue if the AAK is not present at the meetings, and pointed out that he was also against the dialogue without the participation of the United States of America.

“Kosovo does not have the luxury of replacing the leadership of the dialogue by the United States with weak leadership, such as Lajčák and Borrell,” Haradinaj stressed.

Hyseni after the meeting with Palmer: I asked the United States to be present at the negotiating table